What can happen if the interval between coronary vaccinations is extended? Nohynek shares two concerns

According to experts, to date there is insufficient research data on how well the vaccine protects if the second dose is delayed. 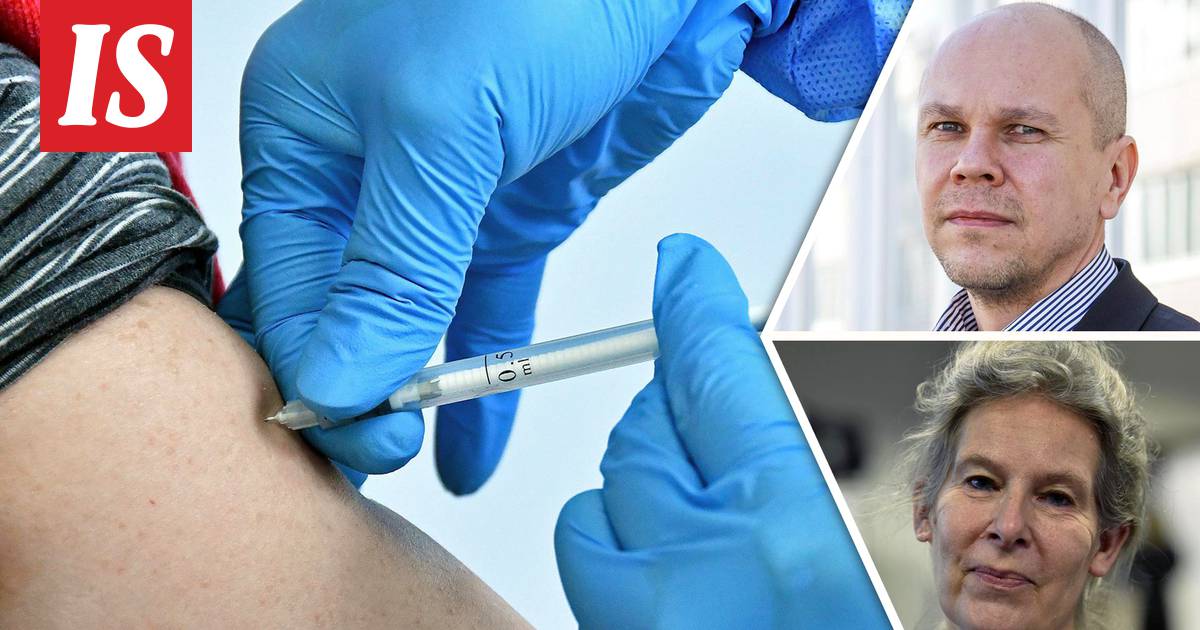 The availability of coronary vaccines and the schedule for vaccination have recently sparked debate in Finland and around the world.

Britain and Denmark have already announced that they will postpone the administration of a second dose of vaccine, ie a booster dose, to make the small number of vaccines available to as many people as possible.

For example, Denmark intends to postpone the administration of the second dose for a maximum of six weeks, ie 42 days after the first dose.

The coronary vaccine from Pfizer and Biontech is given in two batches.

The German pharmaceutical company Biontech has warned that the effectiveness of the coronary vaccine it developed together with the American company Pfizer is not guaranteed if the second dose of the vaccine is delayed for more than three weeks.

The World Health Organization (WHO) has stated that it recommends a vaccination interval of 21 to 28 days for coronary vaccine doses of Pfizer and Biontech.

However, according to the WHO, the administration of the second dose of the vaccine may be delayed by a few weeks from the recommended time period in order to maximize the benefit of the first dose.

According to Hanna Nohynek, Secretary General of THL, Secretary of the National Vaccination Expert Group KRAR, the second (Pfizer) dose of coronary vaccine is currently given in Finland according to the marketing authorization 21 days after the first.

Nohynek says that at least at the moment, there is no hurry in Finland to extend the vaccination interval from 21 days on the basis of a WHO report.

- The issue needs to be discussed on the axis of the National Vaccination Expert Group, the THL and the STM, and we need to see what we do.

Nohynek says Britain has made its decision to extend the vaccination interval after carefully considering the matter from a public health perspective.

The chief doctor notes that Britain is in a very serious epidemic situation.

- They have used both immunological reasoning and mathematical modeling in making such a decision.

- In my opinion, the question for the countries is how many people will die and get sick.

And could it be better and safely affected by such a slightly modified dosing regimen.

If that answer is yes, then I might think that the country has a right to try this.

To date, there is insufficient research data on how well the vaccine protects if the second dose is delayed from 21 days.

However, according to Nohynek, protection will not start to decline immediately.

- We don't know that yet, but immunologically, with such a protein vaccine, which rna vaccine practically has, when it triggers the production of protein in a person's own body, we know that the amount of antibodies does not decrease immediately.

It lowers a little quietly.

Nohynek says the effect of the first dose of the vaccine will not disappear if the booster vaccine is slightly delayed.

- The body to which the first dose of the vaccine is given will not be forgotten.

Information about the vaccine is stored in memory cells the next time the body encounters either a natural virus or the same vaccine.

So when you get the next vaccine, it becomes a memory response and strong antibody formation, which prolongs protection.

There is also good research evidence for this for this mRNA vaccine.

According to Nohynek, there are certain concerns about postponing booster vaccination.

- The first concern, especially in lower-income countries, is that the further the second dose is shifted, the greater the likelihood that a person will forget to come for the second dose.

According to Nohynek, another risk of delaying booster vaccination is a theoretical concern that this would accelerate viral mutation.

- It has been speculated that if immunity is not optimal after a single dose, then it will allow room for viral mutations.

Decreased immunity has been thought to be a very good breeding ground for such mutating strains.

Professor Mika Rämet, director of the University of Tampere's vaccine center, also says that so far there is no research data on how long one dose of the coronary vaccine protects and whether it effectively protects those at risk.

Studies have shown that two doses of Pfizer vaccine provide approximately 95% protection when the second dose is given at 21 days.

- We do not know that if the booster dose had been given later, how long the studies had shown that the protection against symptoms of coronary disease provided by the first dose of the vaccine would have been maintained.

According to Rämet, studies show that Pfizer's vaccine develops a protective response after the first dose and lasts for at least 12 to 21 days.

So far, no studies have been done on how long it will take.

- On the other hand, there is no reason to assume why it would not last longer.

But it may be that over time, the protective response begins to fade.

That is possible in principle.

It is known that a booster dose greatly improves defense responses, such as the amount of antibodies, and is therefore given at all.

According to Rämet, even a difference of a few days or weeks between vaccine doses is of little practical significance for the vaccine's effectiveness or defense response.

According to Rämet, if the interval between two doses of the vaccine is extended, the worst case scenario would be that the vaccinee would lack protection.

This could allow the virus to begin to evade a defensive response.

- The worst thing that could happen is that if there is only some kind of protection, then at its worst it may make it possible to form virus strains that evade the vaccine.

The more often the virus is allowed to multiply in vaccinees, the greater the chance that the virus will transform to evade the defense response to the vaccine.

- That is why I am not terribly enthusiastic that the administration of this booster dose will be extended very far.

Rämet does not see the need for Finland to follow the example of Britain in order to make the small number of vaccines better.

- In my opinion, Finland is not in a situation where it would be worthwhile to start doing this.

In my opinion, the solution primarily at this point is not to radically change the dose interval.

When there is no information on how well one dose protects, there is no.

He hopes that the problem of availability in Europe will be solved by introducing more vaccines.

- In the case of Finland, I think it is possible to monitor whether the availability of vaccines can be resolved in any other way than by extending the dose interval.

However, that does not change the fact that two doses are needed in any case.