If there is now a second vaccine with Moderna, the question of its use also arises. Can a person be vaccinated with different active substances? German experts provide information - even where the same is common. 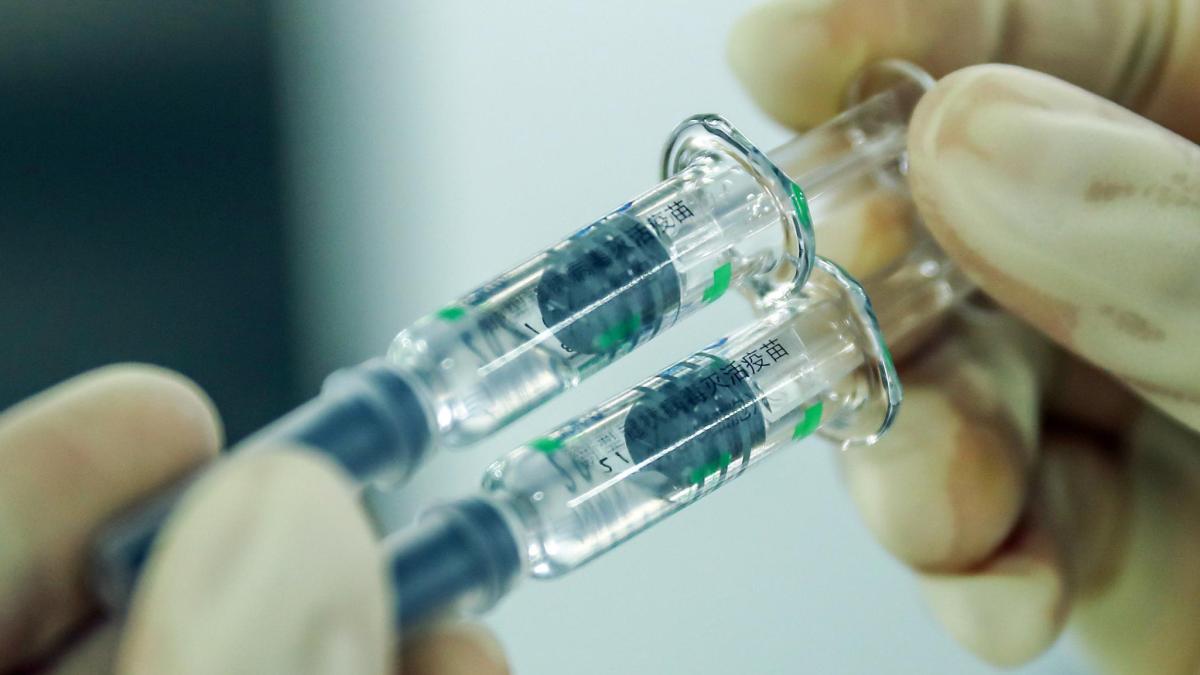 The corona vaccine in Germany is scarce, the criticism of the federal government and the states is great.

The second vaccine has now been approved; in addition to the active ingredient from Biontech / Pfizer, that from Moderna can be used.

Federal Health Minister Jens Spahn (CDU) is also having the British way of vaccination checked - whether it would also make sense in Germany to postpone the second vaccination dose so that more people can have the first immunization shot.

First of all: The scientific basis for such a shift in the vaccination strategy is of course hardly available.

Both the Covid-19 disease and some of the vaccines are completely new, so recommendations can be based on analogies to other vaccinations.

Peter Kremsner, parasitologist and travel doctor from the University of Tübingen, is calm about postponing the second dose.

“That does not correspond to the approval - and doctors have to adhere to the instruction leaflet.

But postponing the second vaccination is not a problem ”.

In travel medicine you would usually be very flexible with the time intervals between vaccinations.

“In some cases we are practically pursuing an artistic approach,” he says on the phone.

"The normally set interval of one to two months between the first and second vaccination is very often not observed."

However, other experts are skeptical about the data on antibody responses in the approval studies.

The biomedical scientist Luka Cicin-Sain from the Helmholtz Center for Infection Research in Braunschweig sees an "act of desperation" on request in the British way.

In the registration study for the vaccine from Biontech / Pfizer, it is seen that the immune system's antibody response after a dose is weaker than with a natural infection with Sars-CoV-2.

Only the second vaccination triggers a strong immune response.

Therefore, it is better to stick to the approved vaccination schedule, says the biomedical scientist.

Leif-Erik Sander, pulmonologist and immunologist from the Berlin Charité, is opposite WELT in favor of “making the vaccination interval more flexible”.

In the approval studies of Biontech / Pfizer, the second vaccination is planned after 19 to 42 days, in Moderna after 26 to 36 days.

With the vaccine from Astra Zeneca / Oxford, the second vaccination took place after six weeks.

This phenomenon is also known from other studies, such as Ebola vaccines, ”says Sander.

From an immunological point of view, the three-week interval should be understood as a lower limit.

“You don't have to stick to the 21 days in a formalistic way, you have some leeway here.

That could simplify the logistics and make more vaccine available early on. "

Critics of the strategy fear that delaying vaccination could lead to the coronavirus becoming resistant.

"I think the risk is very theoretical," says Sander.

The protection is already very high after a vaccination.

In contrast to influenza viruses, for example, coronaviruses are not particularly variable.

In addition, the immune response triggered by the various vaccines and vaccine candidates is very broad.

They were directed not just against one variation of the virus, but against different ones.

He sees, says Leif-Erik Sander, the problem of resistance as a rather theoretical problem.

"The scenario with high numbers of infections and deaths and a limited vaccine, however, is currently very real."

Generally giving only one vaccine instead of two is not an option.

In order to build up an immune memory, i.e. long-term protection, one has to confront the body's defenses with the vaccine several times.

Only then could the cells be so strongly shaped that they can reliably recognize the virus in the event of an infection and neutralize it quickly.

But "even relatively low immune responses seem to provide protection against Covid-19".

If the first and second dose can be stretched over time - could you even vaccinate different active substances?

The Tübingen parasitologist and immune expert Peter Kremsner sees this as no problem with a glance at the common practice with travel vaccinations.

“In travel medicine, different vaccines are constantly being mixed.

Clinical studies with Ebola and malaria vaccines also mean that the immune response is particularly good and stable if different types of active ingredients are vaccinated.

"If the first vaccine dose is an mRNA vaccine and the second a vector-based vaccine, such as the Astra Zeneca / Oxford vaccine against Covid-19, then the immune response could be even better."

“Immunologically this is certainly possible without any problems.

All Sars-CoV-2 vaccinations immunize against the same antigen, namely the viral spike protein. ”There are currently no study data on this.

"For reasons of traceability of decisions and approvals, I would be more cautious."