Faced with the extreme pressure from the United States, Iran "chess a dangerous move". The Middle East nuclear crisis lurks...

China News Service, January 6th (Liu Cong and Liu Danyi) At the beginning of 2021, the Middle East has fallen into the haze of conflict and confrontation between the United States and Iran. At about this time last year, the U.S. military killed senior Iranian general Soleimani, causing Iran's anti-American sentiment to rise. A year later, the Iranian government spokesperson announced that Iran h 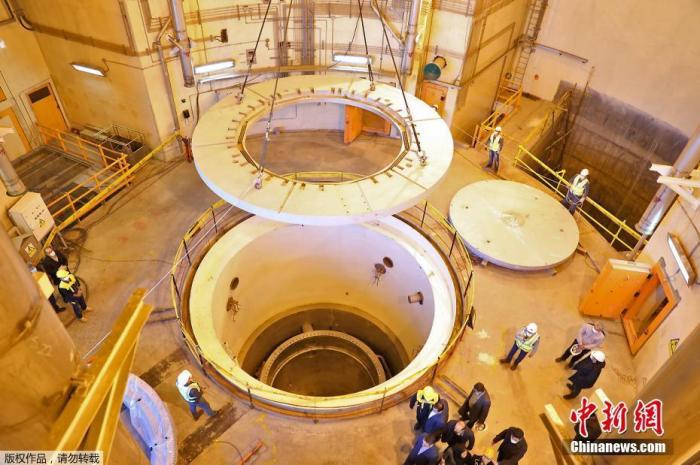 China News Service, January 6th (Liu Cong and Liu Danyi) At the beginning of 2021, the Middle East has fallen into the haze of conflict and confrontation between the United States and Iran.

At about this time last year, the U.S. military killed senior Iranian general Soleimani, causing Iran's anti-American sentiment to rise. A year later, the Iranian government spokesperson announced that Iran had restarted nuclear activities, and the situation seemed to be in a cycle.

At the time when the "old rival" US government is about to change, there are multiple considerations behind Iran's "trick".

Experts pointed out that through a series of actions, Iran is responding strongly to the extreme pressure of the Trump administration in the United States, and both the United States and Iran are actually adding bargaining chips.

If the United States does not return to the Iran nuclear agreement, the Iranian nuclear issue may quickly escalate into a "nuclear crisis."

The continued tension between the two countries will also push up the tension in the Middle East.

Iranian government spokesman Ali Rabie said on the 4th that Iran has begun to implement measures to increase the abundance of enriched uranium to 20% at the Fordo nuclear facility.

According to the Iran nuclear agreement reached in 2015, Iran agreed to stop uranium enrichment activities in exchange for lifting economic sanctions.

According to IAEA regulations, the abundance of civil-grade enriched uranium is up to 20%.

Iran's announcement of the resumption of nuclear activities was not a sudden incident, but an early warning.

At the end of November 2020, Iranian nuclear scientist Fahrizad was killed in an attack, and tensions between Iran and the United States, Israel and other countries intensified.

The law stipulates that the Iranian Atomic Energy Organization "is obliged to produce and store at least 120 kilograms of enriched uranium with an abundance of 20% per year for peaceful purposes."

But Iran’s move is not merely "revenge" for nuclear scientists.

Iran kills two birds with one stone, the sword points to the United States

Biden has stated that if Iran can strictly abide by the Iran nuclear agreement again, the United States will "return to the agreement."

"Iran’s move will achieve the goal of killing two birds with one stone," said Li Guofu, director of the Middle East Research Center of the China Institute of International Studies.

On the one hand, Iran has responded strongly to Trump's extreme pressure.

The second is to send a clear message to the new Biden administration that the United States is not in a more advantageous position in the process of returning to the negotiations on the Iranian nuclear agreement, and Iran is also increasing its bargaining chip.

Yin Gang, a researcher at the Institute of West Asia and Africa of the Chinese Academy of Social Sciences, said that before Biden came to power, Iran announced that it would increase the abundance of enriched uranium to 20%, undoubtedly to remind Biden that if the United States does not return to the Iran nuclear agreement, then Iran will The problem will "rapidly escalate into a nuclear crisis."

He analyzed that if negotiations are not initiated as soon as possible to cool down the Iranian nuclear issue, Iran will move one step closer to increasing uranium abundance and developing nuclear weapons, and the regional situation will become more tense.

Whether the U.S. can lift sanctions on Iran is the key

However, in the current situation where US-Iran relations continue to be tense, there is no room for change.

After announcing that the abundance of enriched uranium would be increased to 20%, Iranian Foreign Minister Zarif said that if the United States lifts sanctions, Iran’s measures will also be “fully reversible”.

What kind of signal is Iran's air call to the United States?

He mentioned that when the Iran nuclear agreement was reached in 2015, the United States lifted sanctions on Iran’s nuclear issue.

But sanctions in other areas still have reservations.

Today, the United States has sanctions on Iran’s oil exports, finance, transportation, and Iran’s senior officials. So what sanctions are the sanctions that Iran hopes to lift?

Li Guofu emphasized that if both parties are sincere, then negotiations can actually be conducted.

But there are still many details.

If you really want to talk, you may need to reach an agreement on these technical issues, and you need a more formal written form.

One of the most obvious signs of easing sanctions is to allow Iran to export oil.

Hard to talk about!

Where will the Iran nuclear agreement go?

In addition to how the United States and Iran negotiate directly, there is also a key issue-the attitude of countries such as Israel and the European Union toward the return of the United States to the Iran nuclear agreement.

Regarding Iran’s move to increase the purity of enriched uranium to 20%, the European Union warned that this is a “serious departure” from the promise made under the Iran nuclear agreement.

Li Guofu analyzed that during the Trump administration, EU countries played a major role in safeguarding the Iran nuclear agreement and finding ways to keep it.

But as Biden is about to take office, the attitudes of EU countries have begun to change.

They hope that Biden will not easily compromise with Iran and return directly to the agreement, but instead use the sanctions previously adopted by Trump as a bargaining chip.

However, the EU, which once benefited from the Iran nuclear agreement, is still happy to see the agreement effectively implemented again.

After Trump banned Iranian oil exports, the European Union also suffered economic losses, so Europe is still willing to "go back to the past and stand with Biden."

However, one country has always opposed it.

Prime Minister Netanyahu of Israel, an ally of the United States in the Middle East, said that Iran's increase in enriched uranium is aimed at developing nuclear weapons, and Israel will never allow it.

Prior to this, Israel has always disapproved of the United States' return to the Iran nuclear agreement.

Netanyahu and his advisers have repeatedly stated that the return of the United States to the agreement will be "terrifying and dangerous" for the Middle East.

If Biden wants to return to the Iranian nuclear agreement after he takes office, he may need to calm his ally.

Data map: On May 14, 2018 local time, the US Embassy in Jerusalem held an opening ceremony.

As for the situation in the entire Middle East region in 2021, Li Guofu also said that the current tension in the Middle East is mainly due to tensions between the United States and Iran.

Although U.S.-Iranian relations will not improve suddenly, Biden takes the initiative to show good, and if the U.S. and Iran engage in negotiations, there will be a considerable degree of relaxation in the future compared with the previous highly tense situation.

Memorabilia of the Iran Nuclear Agreement

According to the agreement, Iran promised to limit its nuclear program and the international community lifted sanctions against Iran.

May 2018-The US government unilaterally withdrew from the Iran nuclear agreement.

August and November 2018-The United States resumed sanctions on Iran and Iran-related companies to crack down on the oil industry and the central bank that are vital to Iran’s development.

September 2020-The United States unilaterally announced the restoration of all United Nations sanctions against Iran and promised to punish violators.

The UN Security Council almost completely rejected the legal arguments for this move.

Iran vowed to retaliate against those behind the scenes.

January 2021-Iran announced that it would increase the abundance of enriched uranium to 20%.