A proposal from the Chancellery ensures discussions among the prime ministers even before the lockdown consultations begin. This could limit the citizens' radius of action in affected regions. Such a regulation already applies in Saxony. 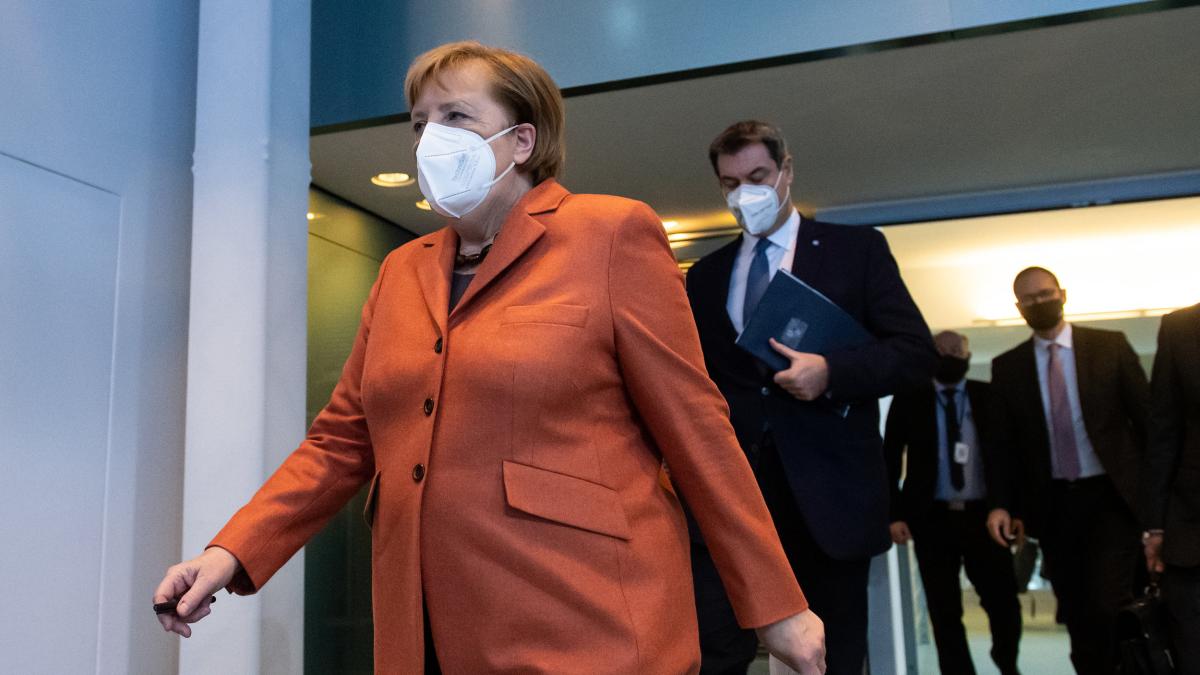 According to WELT information, prior to the deliberations of the Prime Ministers of the federal states with Chancellor Angela Merkel (CDU) about an extension of the lockdown measures in the Corona crisis, the heads of government are also discussing specifically about limiting the scope of action for citizens.

Accordingly, in regions particularly affected by the pandemic, it could be decreed that people are only allowed to move away from their own homes within a certain radius.

According to "Business Insider", such a proposal came from the Chancellery.

Experts such as doctors and epidemiologists recently asked him to contain the virus.

This is already being implemented in Saxony, where a 15-kilometer radius applies, and Thuringia also wants to take such a measure.

Both federal states are currently particularly hard hit by the pandemic.

It is still unclear whether the measure will actually be used nationwide and from which incidence values ​​it should take effect - the Chancellery had apparently asked for an orientation to a value of 100 cases per 100,000 inhabitants within seven days.

The 100 indices would mean that almost the entire republic would have to reckon with new restrictions.

Travel within Germany would come to a complete standstill.

The discussions with the Chancellor begin at 1 p.m.

They were originally supposed to start at 11 a.m., but were pushed forward due to the need for advice from the Prime Ministers.

Ramelow: "We will have to take it a lot harder"

Prime Minister Bodo Ramelow (left) had not only spoken out in favor of extended, but also stricter corona restrictions.

"I will argue today at the Prime Minister's Conference on the side of those who say: We will have to tackle it much more sharply and much harder," said Ramelow on Tuesday on Deutschlandfunk.

"I thought for a long time that we would get through the crisis better." But they were wrong, said Ramelow, who was an advocate of an easing course in the summer.

He also spoke out against opening schools and kindergartens.

Instead of debating openings, everyone should better withdraw.

This would give you a chance to protect the health system, said the Prime Minister.

Prime Minister Manuela Schwesig (SPD) holds a prolongation of the measures would be useful.

The restrictions are massive, "but the figures also show that there is no all-clear and that we have to continue the shutdown," she said in the ARD "Morgenmagazin".

Schwesig was also concerned about the virus mutation in Great Britain.

If the mutation also reaches Germany, then “we have to talk about whether contact restrictions need to be tightened”.

governing mayor Michael Müller (SPD) expects the restrictions to contain the corona pandemic to be extended until the end of January.

Although there is a positive development in the incidence figures, unfortunately there is still no relief in the clinical area, said Müller on Tuesday to the Berlin-Brandenburg broadcasting company (RBB).

Hans: Lockdown can only be ended when the incidence is 50

In view of the continued high number of corona infections,

Prime Minister Michael Kretschmer (CDU) had already spoken out in favor of an extension until at least the end of January.

According to the State Chancellery,

In the opinion of the

the discussion about an extension of the lockdown should

not always be thought of with a certain date in mind.

“The lockdown can only be ended when we have an incidence of 50 new infections per 100,000 people in seven days.

Because only then will we have the virus under control again, ”said Hans on Tuesday to the“ Radiowelt ”editorial team at Bayerischer Rundfunk (Bayern 2).

For the deliberations on Tuesday, he assumed an extension of the lockdown decided in mid-December.

Hans was confident that a uniform regulation would be found: “I think it is really necessary to have this uniform line.

Our federalism is under pressure in this pandemic crisis and that is why we Prime Ministers are well advised to ensure this uniformity, this solidarity. "

No one can currently assess how the holidays would have really affected the development of the corona numbers.

“We have a variant of the virus that threatens to enter the country from Great Britain and South Africa.

And it's about preventing a third wave, ”said Hans further in the interview.