In the second round of the Georgian Senate election, advertising time has been bought for 55 euros per voter. 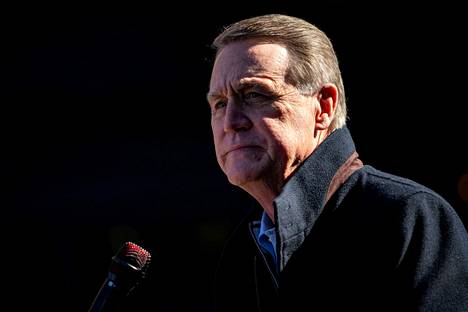 Georgia will be given the most expensive votes in U.S. history on Tuesday.

In the second round of state senate elections, it will be decided whether the Democratic Party will gain power in the Senate in addition to the White House and the House of Representatives.

That’s why voters have been bombarded for two months with massive advertising campaigns.

Georgia voted for two senator seats on November 3, but both elections went to a second round.

Since then, the state has burned $ 490 million in election advertisements.

Georgia has 7.2 million registered voters, so each voter has flirted with an average of $ 68, or 55 euros.

The majority of commercial breaks in TV shows are filled with political commercials.

About 70 percent of the ads are negative, meaning they promise an opponent instead of presenting their own thoughts.

The troll of socialism

The Republican Party’s campaign focuses on intimidating what will happen if Democrats gain power in the Senate as well.

It would allow incoming President Joe Biden to pursue his agenda.

According to Republicans, this would mean the United States stepping down the path of socialism.

The ads intimidate with ideas that neither Ossof nor Biden support, such as cutting police budgets or the right to vote for paperless immigrants.

Ossoff has spared no attack.

He has painted a picture of Perdue as an elitist politician pursuing his own interests.

Ossoff has highlighted, among other things, how Perdue has downplayed the coronavirus like President Donald Trump.

- David Perdue did not care about medical experts, downplayed the crisis and left us to our own devices, the narrator of the ad blames.

Ossoff has also recalled Perdue’s stock deals at the start of the interest rate crisis.

Among other things, Perdue sold shares in casinos and bought shares in pharmaceutical companies.

He was accused of utilizing inside information he received as a senator, but the Senate Ethics Committee freed him from suspicion.

Both Perdue and Loeffler are strong supporters of Trump.

Before the November election, Loeffler advertised that he had always voted in favor of the president’s proposals and was “more conservative than Hunt Attila”.

In his second-round campaign, Leoffler has focused on attacking his challenger against Warnock.

Loeffler has detached excerpts from Pastor Warnock’s sermons with which he paints a picture of this as a radical and patriotic leftist.

He has even sought to link Warnock to Jeremiah Wright, a former priest of Barack Obama.

Obama severed ties with Wright during his presidential campaign when the pastor’s controversial statements came to light.

Warnock has tried to respond to Loeffler’s accusations with humor.

He released an ad right in early November in which he joked that Loeffler was going to claim he even hated puppies.

Democratic candidate the Rev. Raphael Warnock has been acknowledged by the counterparty loanheittoyritykset huumorilla.Kuva: Rich Von Biberstein / Zuma / Profimedia.CZ as

When Loeffler's attacks then began, Warnock filmed an ad in which he walked out his dog.

- I think Georgians see what his ads are, Warnock dictates and tosses a bag of dog drops in the trash.

According to an analysis by the news agency Bloomberg, about 80 percent of Republican ads are negative, while 60 percent of Democrat ads fly in October.

“We see ads for almost 500 million telling us one thing: this is a choice between two villains and two socialists,” Rick Dent, a political consultant for the Democratic Party, told Bloomberg.

All that money, and this post will decide the future of the U.S. Senate.