Mobile phones may be cheaper to repair

Today, it is often an expensive deal when a cell phone breaks down. But mobile phone manufacturers may soon be forced to facilitate repairs and make products last longer. It is part of several proposals that the EU is now working on. The goal is for it to become a team within a few years. 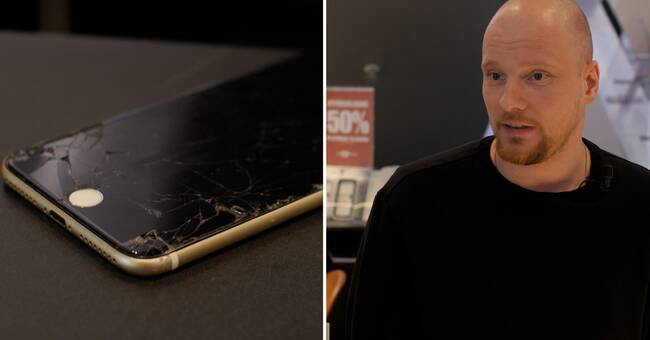 The mobile phone repairman Jens Malmberg is standing in a shopping center and working.

He says that many who come with a broken mobile regret it when they find out what it costs.

- We had a customer who wanted to fix the screen on their new mobile, it would cost 5,000 kronor.

It was a mobile in the slightly nicer class, so to speak.

Above all, it is spare parts, such as new screens, that cost.

According to Jens Malmberg, some manufacturers have added a latch so that it will be more difficult to use slightly cheaper copies.

-The screen is getting slower, we have not managed to figure out how they do it.

The EU wants to put pressure

But if the EU passes new legislation for a more sustainable economy, it could mean that manufacturers of mobile phones, among other things, must ensure that they last longer and are easier to repair.

Arba Kokalari is an EU parliamentarian for the Moderates and sits on the Committee on the Internal Market, which works on these issues.

According to her, there is a great deal of disagreement within the European Parliament.

-Everyone agrees that we need to turn to greener trade, the conflict is about how we should do it, she says.

The European Commission will prepare bills which will later be approved by Parliament.

New legislation on greener consumption will be in place within a couple of years at the earliest.

In the video, you hear the mobile repairman Jens Malmberg talk about how long a mobile lasts, how you can make it last longer and why it can be so expensive to repair.