From the turn of the year, a driving license is required for drone pilots, but when the Swedish Transport Agency opened up for registration today, the pressure became too great and the site crashed. - Many are frustrated. No one I spoke to has been able to register, says drone pilot Håkan Linder. 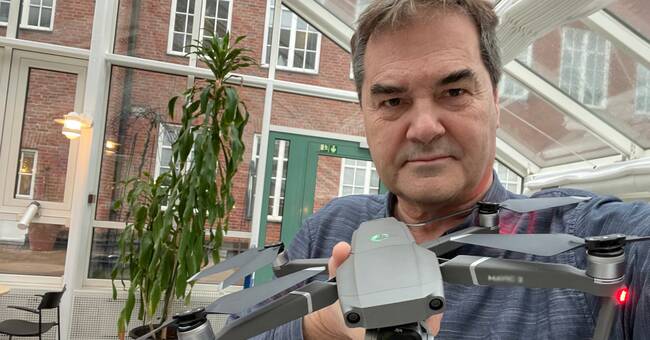 From the turn of the year, training and drone cards are required, as well as registration with the Swedish Transport Agency.

When the site opened today, many people wanted to enter at the same time, but when the service did not work, it was met with great frustration.

- I went in but it was only a white box that appeared so I gave up.

I was going to take it today but I will probably have some ice in my stomach and try later instead, says Håkan Linder from Karlskrona.

The Swedish Transport Agency confirms the problems and despite preparations for high loads, the technology did not withstand the pressure.

- There have been problems that we could not foresee and that were not detected in tests.

We regret it, says Rémi Vesvre, expert in drone rules at the Swedish Transport Agency.

Swedish Transport Agency: "Many can wait"

To make it easier for people who already fly drones, the previous Swedish rules for drone flying will continue to apply during a transitional period until 10 January.

- If the law comes into force now, why could not you start taking the driver's license already in November?

Then we would have had a transition period of a few months instead of a week as it is now, says Håkan Linder.

According to the Swedish Transport Agency, there are approximately 300,000 remote pilots.

According to estimates, about 80,000 would need to take drone cards, which was also what the service was adapted for.

The remaining drone pilots are expected to put the drone on the shelf or take a driving license later this spring.

- The training material has been available since last summer and the test itself only takes about 30 to 40 minutes to complete.

It should not be a problem and many can wait to get the driver's license because most do not fly now, says Rémi Vesvre.