Arias dolls: soldiers and babies 'made in Spain'

Santa Claus and the Three Wise Men meet every year in Alicante. There, in the Hoya de Castalla, they stock up on the toys they are responsible for distributing at Christmas. Stop and inn at 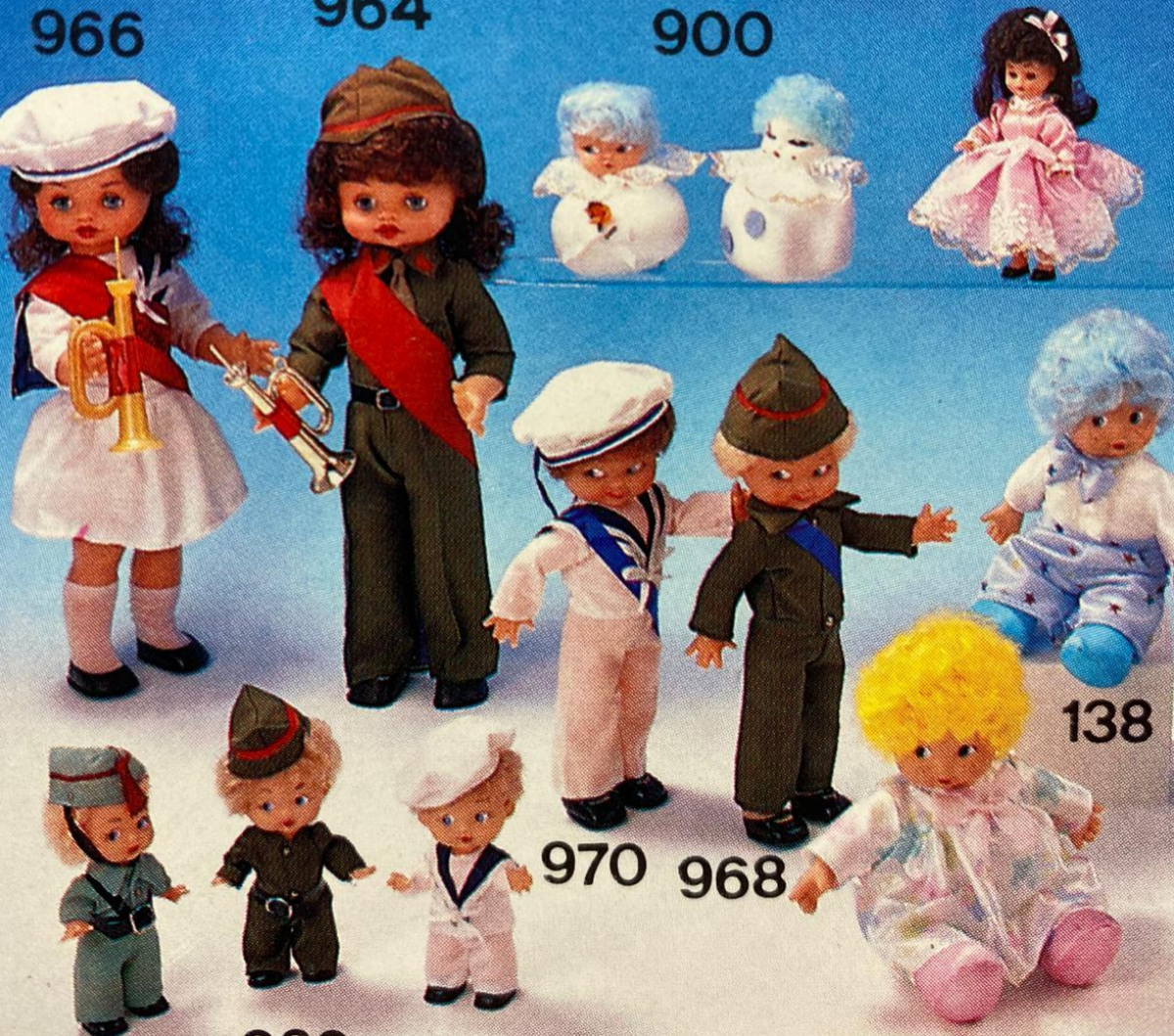 Santa Claus and the Three Wise Men meet every year in Alicante.

There, in the Hoya de Castalla, they stock up on the toys they are responsible for distributing at Christmas.

Stop and inn 43 kilometers from the capital, where the

, as this Valencian region is known, where

more than 40% of the toy factories in Spain are concentrated.

Well-known firms such as

(sold in 2010 to an American venture capital fund),

Injusa, Moltó or Miniland remain in Castalla, Onil or Ibi,

we receive lots of letters

(44) who, together with his brother José (46), pilots a of the most famous doll companies in Spain.

It was his parents,

40 years ago in Onil, a town of just over 7,400 inhabitants, where the whole family continues to live.

27 people work in his factory and another 60 are employed indirectly.

"The doll, in all its versions, continues to be the

because it is not only liked by girls, but also by mothers and grandmothers," says Francisco.

, babies so realistic that they even have slobber, are the most successful.

"Many adult women buy them from us."

But long before the crying dolls, babies, and cribs made by the artisans of the Arias factory, there were

that his father sold at fairs and markets.

"It all started with the flag swearing,"

"My father worked in a toy factory and bought a taxi. It was the 70s and he was taking many families to the soldiers' flag swearing in the barracks in the Alicante area. He thought of buying dolls and

dressing them in uniforms to sell them to the soldiers

, who gave them to their girlfriends, mothers and grandmothers. "He set up a

at the door of the barracks.

My mother made the uniforms, she sewed them at home

with the discarded fabrics that my father brought from the factory.

They were very successful, they

were sold for 150 pesetas

and those with a

trumpet and a military hymn

After the legionaries and sailors came the stuffed animals, which were sold at tombolas and street markets, and

table lamps with a doll

In the 80's José Antonio and María Luisa founded the company, Muñecas Arias.

Her five children are still linked to her, although only Francisco and José lead her.

"We are the second generation.

We learned to work while playing

, and we are delighted. When my brother and I entered, my father gave us free rein, although he continues to advise us."

The military dolls with which they started the family business.

Although they have also suffered the pandemic crisis,

they managed to save the year in December,

where 50% of the year's toy sales are concentrated.

"We lost the season of communions and summer, but we are happy, because in the end

the sales have been similar to last year

, we have sold around a million units."

Association of Toymakers of Spain

He knows the sector very well because he himself is part of a family that makes dolls in Onil.

"Between April, May and June, sales fell 40% but in the last three months they have recovered. I think we

will close the year with figures similar to those of 2019.

That year, the 245 Spanish toy companies had a turnover of 1,600 million euros.

One of the 'reborn' dolls.

With the Covid, Pastor believes that

the toy has been revalued

, although he assures that

children were the great forgotten of the pandemic in Spain

That is why the association has promoted an action so that

the toy is declared an essential good.

"When they locked us up,

the children couldn't go outside but the dogs could

. In the supermarkets the areas for pets were open but those for toys were not. Playing is necessary because it is the way to develop physically, mentally and emotionally.

No there is a healthy childhood without toys

MusicNuria Fergó: "My new single is not for my ex-husband. I want to point that out"

Interview Verónica Romero, on her 'denial': "There is a lot of information that does not appear on television. We do have the right to know everything!"

Fortunón Larry King will pay $ 33,000 a month to his ex-wife, Shawn Southwick, in child support