Vaccini, says the head of BioNTech: "We can't cover the needs alone"

The Pfizer vaccine alone is not enough to cover demand in the European Union, says the founder of the German company 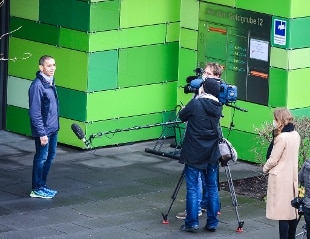 January 01, 2021German biotech startup BioNTech spearheaded the coronavirus vaccine race in partnership with Pfizer, but the European Union took too long for the vaccine approval process.

And now, says the CEO of BioNTech, there is a risk of a lack of supply.

CEO Ugur Sahin fears that, if other vaccines are not approved in Europe, his company alone will not be able to cover the needs: "At the moment the situation does not seem good, there is a shortage because there are no other approved vaccines and we have the vacuum with our vaccine ",

Delays in deliveries in Germany have resulted in the temporary closure of centers in some regions, a few days after the launch of the vaccination campaign on 27 December.

German Health Minister Jens Spahn urged the European Medicines Agency to also swiftly approve the vaccine developed by the University of Oxford and AstraZeneca, which Britain has already given the green light, while a third vaccine, by Moderna, it should be authorized by the EMA on January 6th.