The year ending 2020 will go down in history as a strange year of various generational experiences, which will leave permanent and unpredictable traces of memories in the world and in Finland, summarizes special journalist Timo Haapala. 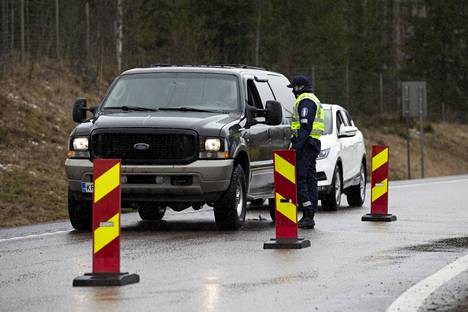 At that time, the government, together with the President of the Republic Sauli Niinistö, stated that Finland was in exceptional circumstances.

We were in Finland.

The shops were the first to run out of toilet paper until the people realized that maintenance was playing.

But the atmosphere continued to be strange and will continue until coronary vaccinations begin to do the trick.

After the turn of the year, the people had watched in their godparents why Saariselkä was buzzing about a corona infection caused by a Chinese tourist.

After all, the strange Chinese market virus should not have hit Finland.

Back in February, Italian restrictions were marveled at.

On television, the Italian grandmother shouted slogans against the country’s leadership and said she smelled long for the government, which restricted domestic traffic just below Easter.

In Italy, the situation worsened, the virus spread elsewhere - and also landed in northeastern Europe in Finland.

As an outsider, I followed an unrealistic parliamentary debate on the declaration of exceptional circumstances on 16 March - and then moved on to telecommuting.

A period of isolation and loneliness began, which should not be difficult for retiring Finns, but it was.

The elderly were left alone, some died alone.

The isolation of Uusimaa was Finland's most severe restrictive measure since World War II.

The isolation of Uusimaa will go down in history as an unprecedented authority operation. Photo: Joonas Salo / IS

Heroes of hospital nurses and those who could not afford the luxury of telecommuting, such as shop staff, became heroes.

The time for teleworking also began for schoolchildren and students.

Isolation is guaranteed to leave traces, many of which will only be revealed in the years to come.

Isolating primary school children is not just a matter of school holidays.

Researchers of the future may wonder how many were finally pushed out of society over the past year.

Restaurants have been closed and opened.

The people lived in their cavities.

The planes have remained on the ground.

As summer came, it felt as if Korona had been forgotten.

The crowd returned to the streets and cupolas.

Until the second wave came, which is on now and why Finns kept their Christmass either with their families or alone.

At the same time as Finland was isolated in the spring, happy Swedes were watching on TV, going downhill in Åre and sitting on the terraces.

The virus raged almost worse than anywhere, but Swedish coroner Anders Tegnell was no mox.

Tegnell’s credibility worsened only in the fall, when Sweden woke up with the Prime Minister and the King to state that it went wrong.

Going in Finland was different.

Day after day, the government came to report under the leadership of Prime Minister Sanna Marin (sd) or Krista Kiuru (sd).

In addition to them, Mika Salminen, THL's Director of Health Safety, and many other health professionals became the standard faces of television.

The departure lounges of the airports have become quieter due to the corona crisis. Photo: Heikki Saukkomaa / Lehtikuva

There has been a mask uproar, an airport uproar and you know what a fuss, but like the Creator's chosen people, Finland has survived - at least for the time being - better and smaller knocks than the rest of Europe.

In Finland, a state of political emergency continued until the autumn, in which the opposition and the media granted the government coronation peace.

Criticism shone with his absence, and the prime minister’s popularity grew.

Korona has marked everything.

Before, certain things were big things, but now they didn’t last long to foam.

The center's chairman, Katri Kulmuni, first had to resign as finance minister and then because of his party.

Now there is Annika Saarikko (center).

Perhaps in the future it will be remembered that during the crazy year of the corona, the United States also exchanged its president, Donald Trump, 74, for his older Joe Biden, 78. According to Trump, Korona was not even a disease at first until he got it himself.

At the end of the corona year, the British will leave under the leadership of EU Prime Minister Boris Johnson, who also had to go into intensive care because of the corona.

That, too, went with less noise than it would have gone without the corona.

At the turn of the year, the island state wonders which is the bigger crisis: the Korona or the EU difference?

The nation has materially survived the corona year well.

Unemployment has not risen to fear and the number of bankruptcies has remained under control.

This is due to the fact that the government has pumped a record amount of debt, twenty billion in debt.

The same has been done all over the world.

Now, of course, the question is, how to proceed?

It is hoped that the coronary vaccine will restore life to normal again. Photo: Antti Aimo-Koivisto / Lehtikuva

It is a healthy sign of a new life beginning in 2021, aided by one thing above all others:

If the virus becomes yellow with vaccine programs that start over the spring, normal life will inevitably begin to return.

It can also be seen that today’s youth are in nursing homes reminiscent of 2020 like today’s elderly in the 1939–40 Winter War.

Everything has been clarified.

This is also being clarified.