Bangladesh began transferring a second group of Rohingya refugees to a remote island in the Bay of Bengal threatened by flooding on Tuesday, despite organizational opposition ... 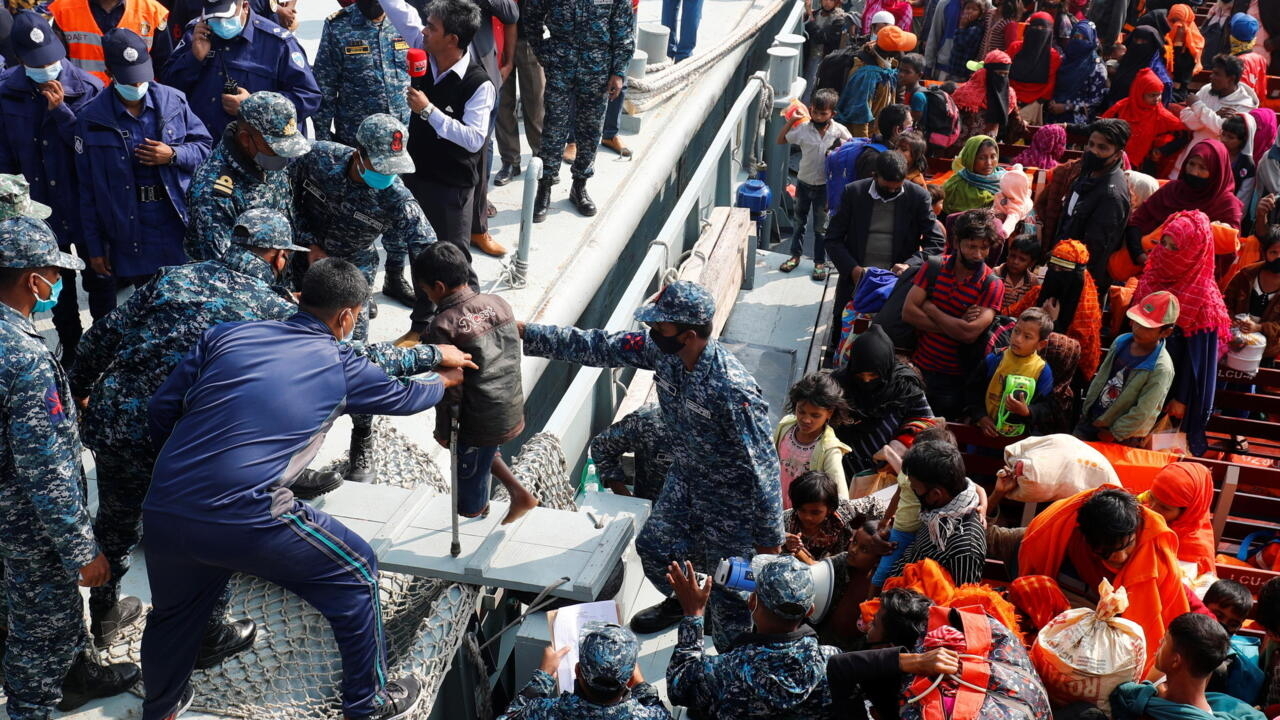 The transfer of Rohingya from Burma is worrying.

The Bangladeshi authorities on Tuesday (December 29th) began the resettlement of a second group of Rohingya refugees from Burma on an island in the Bay of Bengal despite opposition from human rights movements who underline the site's vulnerability. facing the risk of flooding.

The United Nations said it was not associated with the displacement and urged the Bangladeshi government to ensure that no refugees would be forced to settle on Bhasan Char Island.

👉 The search for solutions for Rohingya refugees must focus on the voluntary, safe, dignified and sustainable return of Rohingya refugees and internally displaced persons to their homes or a place of their choice in Myanmar.

This island, recently formed by an accumulation of silt near the port city of Chittagong, welcomed a first group of 1,600 Rohingya at the beginning of the month.

Some 1,800 additional refugees are expected to join them there aboard seven Bangladeshi Navy ships.

The authorities have built collective accommodation on Bhasan Char that can accommodate 100,000 people.

A 12 km dike was built to protect the island from flooding.

The government also ensures that these resettlements are voluntary, but refugees from the first group of Rohingya transferred in early December said they were forced to reach Bhasan Char.

"The lack of transparency in the consultation process with the refugees, and the allegations made by this community about financial incentives offered to Rohingya families agreeing to be relocated to Bhasan Char as well as intimidation techniques raise questions. as for this resettlement process, "Amnesty International said.

These questions are dismissed by AK Abdul Momen.

The minister said that the Rohingyas who accepted their transfer to Bhasan Char are very satisfied with this arrangement.

The first transfer, on December 4, raised concerns, expressed in particular by the US State Department, as well as by the UN special investigator for Burma, Thomas Andrews.

More than a million Rohingya have fled eastern Burma to Bangladesh in the face of campaigns of repression that this Muslim community claims to be a victim of in Rakhine (or Arakan) state.

To criticism from the United Nations, the Bangladeshi government responded by asking the UN to first assess the situation in Burma before examining the accommodation conditions in Bhasan Char.