Employees in government and private agencies have complained about the loss of their remaining vacations in their annual balances, for reasons related either to the fact that the need for work does not allow them to obtain permits, or to the negligence or abuse of employers and responsible managers for their requests for permits to "close the annual balance", suggesting that 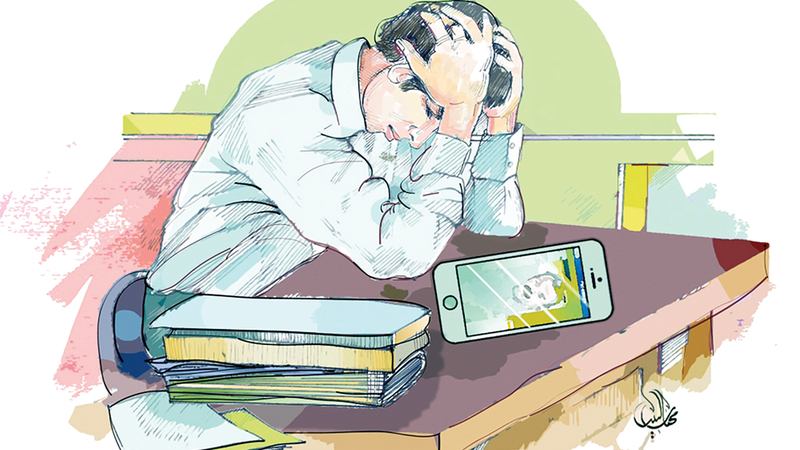 Federal Human Resources: Half of the balance can be carried over to the next year

Employees in government and private agencies have complained about the loss of their remaining leaves in their annual balances, for reasons related either to the fact that the need for work does not allow them to obtain permits, or to the neglect or abuse of employers and responsible managers for their requests for permits to "close the annual balance", proposing the creation A legal and administrative exception that allows the cash replacement of the lost days from the leave balance for "work need", or the transfer of these days to the next year.

On the other hand, the Federal Authority for Government Human Resources affirmed that it is not permissible to carry over more than half of the annual balance of any employee's vacations to the new year, provided that the employee is prevented from benefiting from days in excess of half the annual balance if he does not obtain them before the end of the year, while The Ministry of Human Resources and Emiratisation stressed the right of employers to set the dates of annual leave for their employees, but stressed that it is not permissible to suspend or postpone granting a worker his annual leave for more than two consecutive years.

In detail, employees and workers in government agencies and others affiliated with the private sector informed Emirates Today that their managers refused to grant them leave before the end of the year, by settling the remainder of their annual leave balance, claiming that “the need for work does not allow”, asserting that this refusal wasted them vacations ranging Between five to 10 days without benefit.

The two employees of one of the government agencies (A.A.A.) and (A.A.R) stated that the Human Resources Department in their workplace asked them more than a month ago, the need to obtain a leave of not less than eight working days, claiming that these days will not It is permissible to use it after the end of the current year, and also it will not be carried over for the new year in order to exceed the permissible amount to be carried over annually from the leave balance, estimated at half the annual balance.

(A.R.) confirmed that he asked his manager to obtain the leave, but he refused, claiming that he needed to work, especially since this period witnessed other colleagues obtaining annual leaves, while (A.A.R.) stated that his manager refused to grant him the leave. Under the pretext that there is no substitute for him, at the time the manager obtained a leave for the same reason (settling his annual leave balance), proposing the creation of a legal or administrative exception that would allow employees whose work conditions prevented them from obtaining their due leave, to exchange these days in cash, or carry them over to add to the balance The new year, especially since their failure to obtain the leave is due to work-related reasons.

Whereas employees in private companies and establishments, such as (SAOG), (HFS) and (RJM), complained that the owners and officials of work ignored their requests and other colleagues, to obtain the remaining leaves for them before the end of the year, Especially since the policy of their companies does not allow the monetary exchange of vacation days due to employees, wondering about the possibility of allowing the transfer of the remaining leave days for them to the holidays of the new year.

For its part, the Federal Authority for Government Human Resources stated that the employee appointed to a permanent job is entitled to obtain annual leave with a gross salary, for 30 working days for incumbents of special grade (B) and above, and 22 working days for the rest of the job ranks.

The authority confirmed that the employee must exhaust his annual leave during the year for which he is due, noting that if he is not able to use the full balance due for that year due to urgent work requirements and conditions, then he must take a leave of no less than half of his annual entitlement from the leave.

The authority stated that the employee may transfer no more than half of the balance of the unused annual leave to the following year, provided that he is deprived of more than that, pointing out that the citizen employee who joins the national and reserve service may exhaust the balances of his annual leave due to him for the period of his enrollment National service during a maximum period of December 31 of the year following the year in which his term of service ends.

The Ministry indicated that the worker's determination of the dates of his annual leave is left to the discretion of the employer, as the employer has the right to determine the date of the commencement of the annual leave, and he may divide it into two periods at most, while the annual leave period is included in the legally prescribed holidays or by agreement. Or any other periods due to illness, if this leave is interrupted and considered part of it.

She explained that the worker receives his basic wage plus the housing allowance (if any) for the days of annual leave, and if the work conditions require the worker to be employed during his annual leave, all or some of them, and the period of leave during which he worked is not carried over to the next year, the employer must pay him. His wage together with a leave allowance for his working days is equal to his basic wage, and in all cases a worker may not be employed during his annual leave more than once within two consecutive years.

The Ministry stressed the need for the employer to pay the worker his due wages, in addition to the legally prescribed leave wage, before the worker takes his annual leave.

The Ministry of Human Resources and Emiratisation has warned that the worker exceeds the number of annual leave days that he obtains, claiming that the extra days are settled, upon returning to work again, from the balance of the New Year’s leave, stressing that this matter is illegal and is not binding on the employer.

The Ministry stressed that the days that exceed the annual leave balance are considered absence, explaining that Article 120 of the Law on Regulating Labor Relations, stipulates that in the event that the worker is absent for more than seven days, the employer may dismiss him without warning, unless there are compelling circumstances that prevent the worker From joining his job as soon as his leave ends.

• “Emiratisation”: Determining the dates of his annual leave is left to the discretion of the employer.