Where does the Christ Child live? The Post is certain to have correctly delivered 150,000 letters in Engelskirchen this year. And even with Santa Claus and Nicholas, the children's wishes came in sacks and bags. 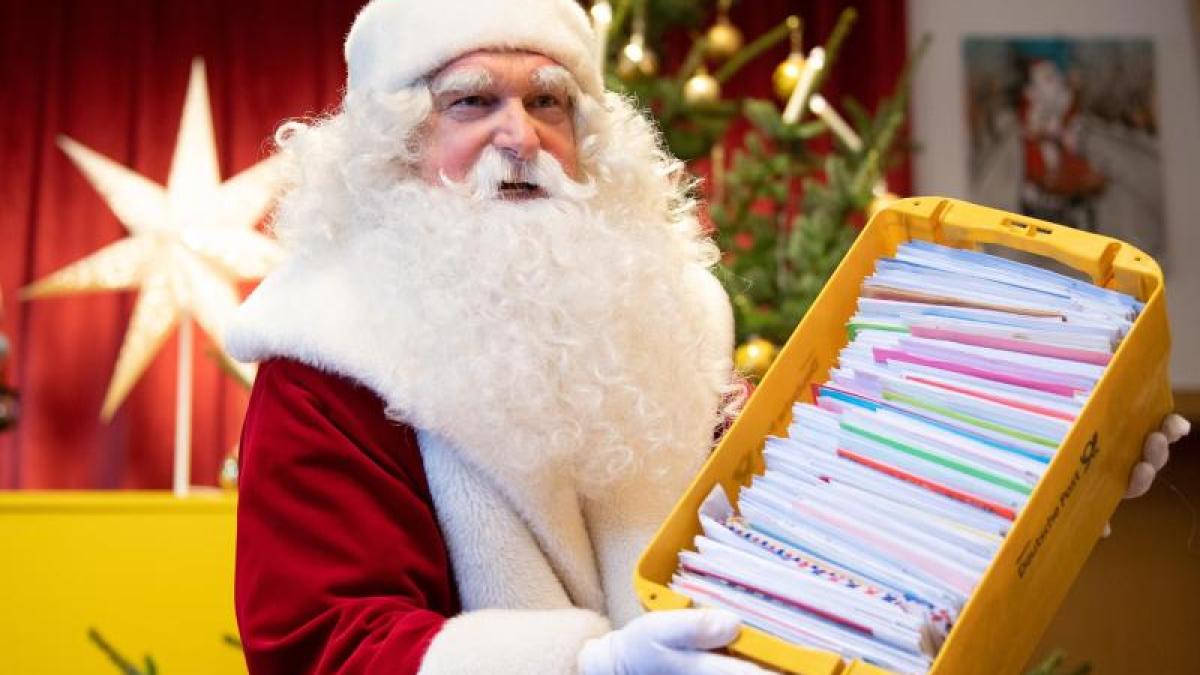 Engelskirchen (dpa / lnw) - Nicholas, the Christ Child and Santa Claus received more mail in 2020 than ever before.

At least that is what the mountains of children's letters that have been received by the seven so-called Christmas mail branches suggest.

The group cites the restrictions of the corona pandemic as the reason - as a result, "even more children than usual have rediscovered the special magic of writing letters".

There were only more in Himmelpfort in Brandenburg (320,000 letters).

The branches are operated by Deutsche Post DHL, 170 helpers are available - some on a voluntary basis, some with small additional earnings.

All letters should be answered - signed by Santa Claus, Christ Child or Nicholas.

According to the information, many children sent wish lists asking for toys, crayons or books.

They too get answers - but their families remain responsible for fulfilling their wishes.

In some letters there were small handcrafted fir trees, reindeer with sleighs and Santa Clauses with brightly colored beards.

Other letters were also a bit sad - children wrote that they were not allowed to meet their playmates or grandparents because of Corona.

The letters came not only from Germany, but from all over the world.

The Christmas post office in Engelskirchen received letters from 49 countries, including Tajikistan, Thailand and New Zealand.

In Himmelpfort there were even letters from 62 countries.

The children's letters are answered in different languages.

Even Braille is part of the repertoire of the Christmas helpers.