Negative price: "Dinosaur of the year 2020" is a Hamburg motorway

The expansion of the A26 East motorway is expensive, harmful to the climate and is no longer needed, says Nabu. The A26 East relieves residents, counters the Hamburg traffic authority, which is run by the Greens. 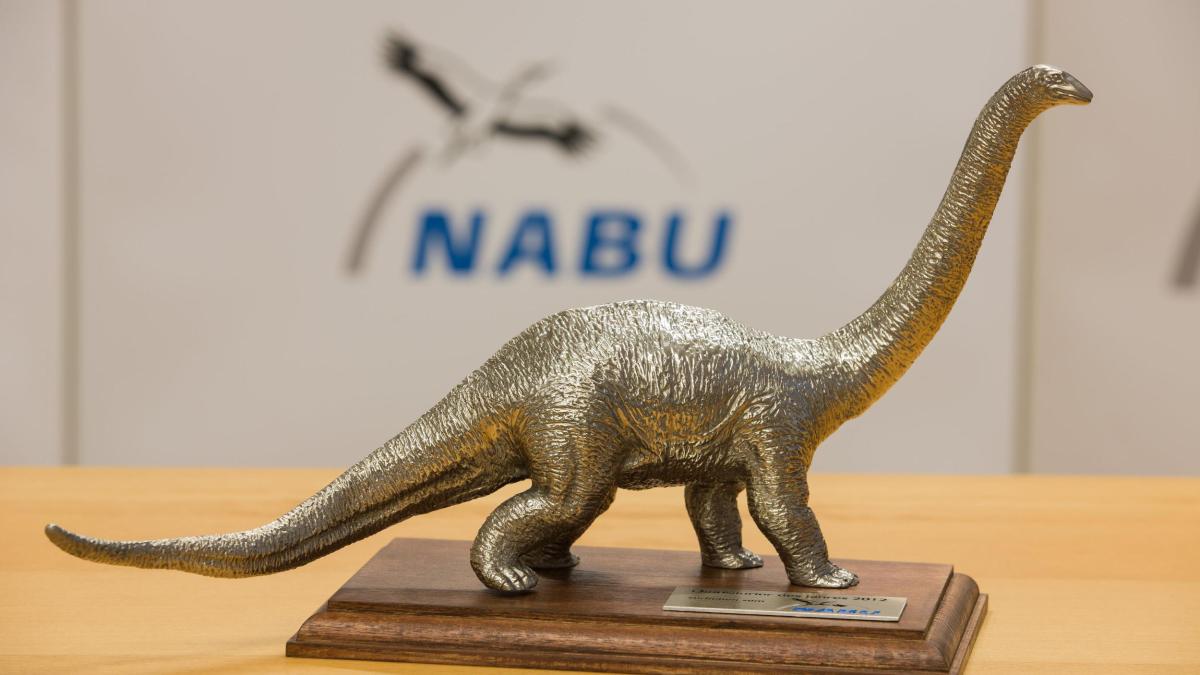 The A26 East motorway project in the south of Hamburg has been named "Dinosaur of the Year 2020" by the German Nature Conservation Union (Nabu).

The negative award goes to "a specific project as an environmental sin," said the environmental association on Tuesday in Berlin.

The construction of the motorway is expensive, harmful to the climate and superfluous.

The Hamburg traffic authority responded immediately: Especially for residents on the busy B73, the section of the autobahn will provide relief from road noise and traffic.

The A26 East is to run through the districts of Moorburg and Wilhelmsburg and connect the A7 (towards Flensburg) and the A1 (towards Lübeck) over a length of ten kilometers.

The project is "a perfect symbol for a failed transport policy and for antiquated infrastructure planning throughout Germany," said Nabu President Jörg-Andreas Krüger.

The city of Hamburg and the federal government should stop the project.

Dennis Krämer, spokesman for the Green-led traffic authority, contradicted the A26 East, bundled traffic for the most part through the port area.

Plans should be out of date

According to Nabu, the plans for the A26 East were made 20 years ago and are now out of date.

There is no longer any need for the 1.5 billion euro route, among other things because the growth of the Port of Hamburg was completely overestimated at the time.

There is a clear traffic forecast, said the traffic authority.

The truck numbers will continue to rise in Hamburg and nationwide - in addition to the further development of the Port of Hamburg.

With the A26 East on one side and the Köhlbrand crossing on the other, a well-developed transport network will be created in the port.

This will ensure that traffic continues to flow even in the event of a breakdown and that the goods can thus be reliably transported.

Moors are at risk

The Nabu criticized that several hundred hectares of biotope areas like valuable fens would be destroyed by the A26 East.

The construction of the motorway must be avoided in order to secure residual moor areas.

"Moors not only make an important contribution to the preservation of biodiversity, but also serve as a gigantic carbon store."

It destroys the valuable carbon storage moor and is also particularly harmful to the climate due to the cement-intensive construction method. ”Nabu also called for a fundamental revision of the entire federal transport route plan.

Until then, new construction of trunk roads should be completely suspended.

Dinosaurs have been awarded since 1993

According to its own information, the environmental association has awarded the "Dinosaur of the Year" for the 25th time.

The negative trophy is a 2.6 kilogram replica of a giant lizard.

For the first time since 1993, the negative award was not given to a person but to a project.

This is intended to raise public awareness of a specific topic.

The winner of the "Dinosaur of the Year 2018" award was RWE boss Rolf Martin Schmitz for clearing the Hambach Forest.

In 2017 it went to the President of the Farmers' Association, Joachim Rukwied, for blocking an environmentally friendly agricultural policy.

Last year the "dinosaur" was not awarded.