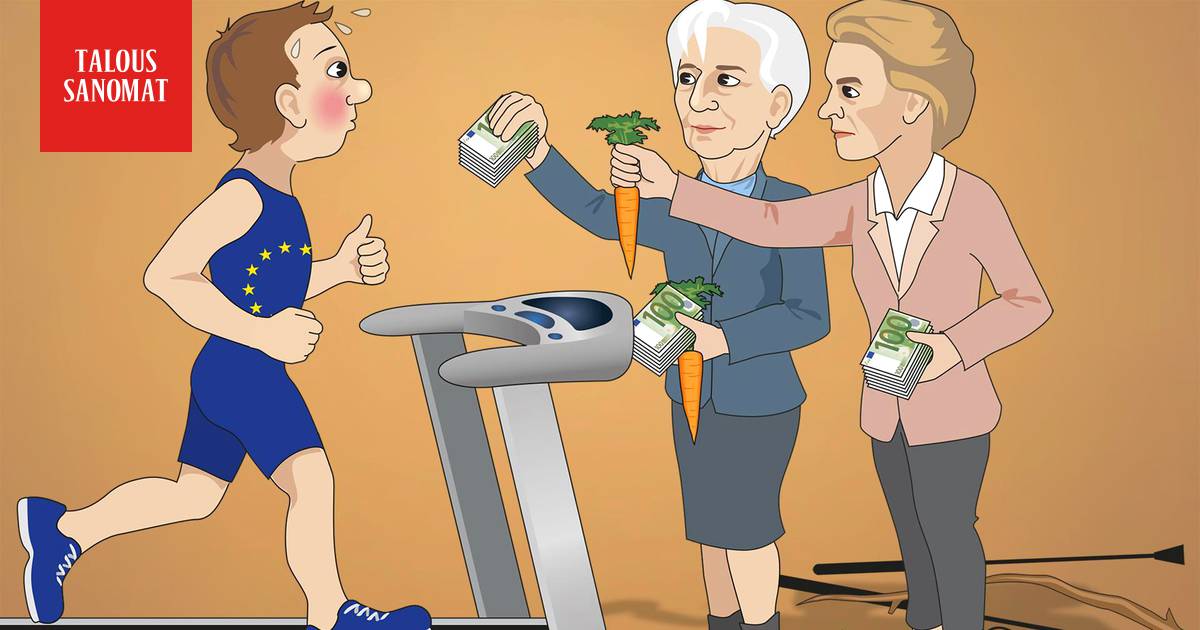 In many ways, the economic interest rate trials have been different from those experienced during the financial and euro crises of the last decade.

But still, this time the economic crisis is not nearly as different from previous crises as economic policy has changed from the last crisis.

Despite new backgrounds, the economic crisis again means recession, losses and loss of income, as well as concerns about jobs and livelihoods.

Instead, the objectives, actions and even fundamental principles of the economic policies that guide public finances seem to have cast a complete crunch.

Since the last crisis, governments' economic policies have been fundamentally completely new and even reversed.

One radical reversal has been seen in the attitude of economic policy makers and economic actors towards government deficits and indebtedness - as well as the key roles of fiscal policy in the economic crisis.

In the crisis years of the last decade, the EU in particular stagnated, put pressure on and even forced governments in crisis countries to resort to budgetary imbalances in order to cover deficit growth and indebtedness as soon as possible.

Now, much is said about the strength and quality of the economic turnaround that the same EU is encouraging and, in a way, even obliging member states to take large-scale economic stimulus measures with a common stimulus fund without frightening public deficits and debt.

In the recent crisis, economic policymakers were more concerned with the balance of public finances than with the state of the economy or the livelihood of citizens.

Concerns about rising deficits and indebtedness became so serious that the EU began to demand and member states began to implement significant fiscal tightening in the midst of the worst economic crisis in decades.

A large number of non-EU economic professionals and economists, including economic nobles, warned at the time of the serious consequences of the recent economic mistakes made by the EU.

EU policymakers closed their ears to warnings and their eyes to the consequences, which is why the EU, and the eurozone countries in particular, have suffered more and longer in the last crisis than they would have done without mistakes.

The real own goal of economic policy was to start tightening our belts in the midst of an otherwise difficult economic crisis.

The International Monetary Fund (IMF), which has itself been involved in the same EU belt-tightening errors as a wobbler, has since acknowledged the errors as errors in its own crisis monitoring reports.

It has also directly said that the disadvantages of belt straps, which were prematurely set early, prolonged and exacerbated the crisis.

It is known that key economic decision-makers or influencers in the EU have not, at least not publicly and directly, acknowledged the economic guidelines of recent years of crisis as harmful, let alone mistakes.

But now there is a wordless and evasive and, therefore, a little embarrassed concession about a complete reversal of EU economic policy: in the event that we last failed completely and laid eggs worse once, we are now doing everything completely differently.

Now the financial rules have been relaxed

The fullest reversal of economic policy is reflected in the amounts of money already earmarked and still earmarked for measures to prevent and rehabilitate interest rate damage, and on their somewhat uninhibited scale.

The combined government debt of the euro area countries is now approximately equal to the value of the region's total output this year.

This means a debt ratio of around 100%, compared to a maximum of 60% under the EU economic agreements.

Similarly, the combined budget deficit of the euro area countries is currently declining by 9% (relative to the value of annual GDP), although according to the EU treaties it should not exceed 3%.

The shrinking of deficit and debt limits is not in itself a new phenomenon in the EU, and especially not surprising in the economic crisis.

But it is new and completely different from the recent crisis that the EU has now relaxed its interpretation of economic rules by giving member states an exemption, for example, from complying with deficit and debt limits.

In the recent crisis, on the contrary, the EU tightened up its economic rules and their interpretations, and wrote a large number of new and more complex rules as a continuation of the old rules, which were thought to be too loose.

During an economic crisis, public deficits arise and new debt accumulates automatically, regardless of the rules and their interpretations.

But now the EU is also interpreting public deficits and debt and the economic support measures they provide as part of the solution to the crisis, not the problem as in the last crisis.

The central bank involved in the work

Another radical change, at least as important in tackling the interest rate crisis, has been the attitude of the euro area central bank towards the ECB in relation to its own role and purpose.

In the crisis years of the last decade, the ECB was in favor of a rather tight "economic discipline", ie a balanced economic policy and the necessary belt tightening - and even genuine financial support from the weakest euro area countries.

The ECB refused for a long time and sharply to intervene in the turmoil in the eurozone bond markets - and calmly viewed the rise in market interest rates in crisis countries to as high as tens of per cent.

Since then, the ECB has partly woken up to the serious risks of the crisis, which it has exacerbated, such as the growing threat of a collapse of the euro area and the euro.

Thus, the complete reversal of the ECB's monetary policy began at the time of the last crisis, when it stopped Europeanism at the last minute by announcing that it would do everything necessary to save the euro.

Since then, the ECB has done a lot - and even more so during the interest rate crisis.

Loan money is cheaper than free

The ECB's reversal began with the announcement of the last crisis that, with a tight spot, it was ready to buy government bonds, if necessary, even with unlimited support purchases.

Towards the end of the last crisis, large subsidy purchases did begin, but not with unlimited sums of money.

In this crisis, purchases are already beginning to touch indefinitely, as the ECB, together with the national central banks of the eurozone countries, is already buying more eurozone bonds than they need in new debt, even to cover their growing deficits as a result of the crisis.

Partly as a result of these mass purchases by the ECB, which have now swelled to thousands of billions of euros, euro area interest rates have fallen to historically low levels to around zero per cent and some to even lower negative figures.

For example, Finnish government market interest rates have been negative in recent weeks, up to 20-year loan periods.

The fall in interest rates has had a special and dramatic effect on the government's financial position, as despite large deficits and a relatively strong increase in debt, the government's annual financing costs have fallen.

It would probably have been difficult for Finland, or especially the countries that are even more indebted to Finland, to stretch the economic support measures now seen in the interest rate crisis without the cheapest financial support offered by their own central banks.

Switch in one direction

Indeed, the third major economic policy revolution has been the coordination and pursuit of common goals in these policy areas, fiscal and monetary policy, especially in the euro area for the first time in a long time.

At the beginning of the last crisis, fiscal and monetary policy unilaterally weighed first on gas, then immediately after the brakes, but soon monetary policy shifted the weight to gas and fiscal policy began to put even more pressure on the brake.

Now, all economic policy makers and influencers have turned from magic to at least Cabinet Keynesians - and stand on both feet on the accelerator.

Whatever else follows from this turn, one fairly certain future will soon be momentary blindness that will bring new problems - and again new upheavals.