Beating workers, scrolling inside... What's behind the buzzwords besides self-deprecation and anxiety

Beating workers, scrolling inside... behind the buzzwords are self-deprecating, anxiety, and expectations for reform   Half a month talk commentator Hao Xianyu   "Working as a worker, working spirit, and working as a human being" "Today, did you roll?" ... Looking back at 2020, you must be familiar with these internet buzzwords. The past year was an extraordinary year for many people, and it w 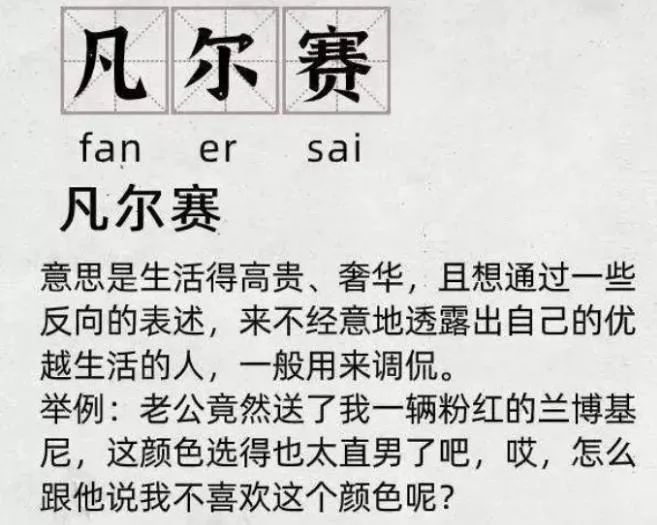 Beating workers, scrolling inside... behind the buzzwords are self-deprecating, anxiety, and expectations for reform

"Working as a worker, working spirit, and working as a human being" "Today, did you roll?" ... Looking back at 2020, you must be familiar with these internet buzzwords.

The past year was an extraordinary year for many people, and it was also an extremely difficult year.

While people are deeply trapped in the "involved" quagmire, they are unable to extricate themselves, while at the same time they use "beating workers" to laugh at themselves and reduce pressure, watching "Versailles literature" to relieve pressure, forming a peculiar social picture.

From "introduction" to "beating up workers" to "Versailles literature", the social reality and social mentality reflected by these hot words are worthy of reflection.

In recent years, "mourning" has become a key word for young people to express their emotions.

Under the predicament of increasingly fierce competition and narrowing development space, young people label themselves as "mourning", but at the same time, "mourning" also provides an alternative way for young people to relieve stress.

In 2020, "mourning" emotions seem to have a new form of externalization-"involution".

"Introduction" used as a sociological term originally refers to the phenomenon that a social or cultural model has stagnated or cannot be transformed into a more advanced model after it has developed to a certain stage. It has been interpreted as a new phenomenon after the Internet has become popular. Meaning, used to refer to meaningless and irrational competition within various industries.

Parents of "chicken baby" educate their children in various ways, students from prestigious schools are willing to take "water lessons" for grade points, the employment threshold has changed from master to 985, and the workplace has become a meaningless "996"... The phenomenon of involution seems to spread across all industries and identities, "everything can be rolled".

Although "involution" has a tendency to be abused, it does reflect the dilemma that individuals are difficult to break through under the rapid development of society, and is a concentrated release of current social anxiety.

Whether it is an ordinary employee or a social elite, overnight, everyone claims to be "beating workers", creating a large number of slogans with the theme of "beating workers" and inspiring themselves with this: "Good morning! Beating workers!" , The soul of a part-time job, part-time job is a good person", so as to relieve all kinds of pressure in the real world.

Behind people using "beating workers" to laugh, scold, and ridicule, they are actually euphemistically expressing their helplessness in life.

The term "beating workers" refers to people's insignificance of themselves when faced with an environment that is constantly "involved", and to some extent it has a negative color.

But this kind of negativity is not "mourning", nor does it mean giving up struggle and hard work. People just encourage and comfort each other in such a way. They still maintain a beautiful vision for the future and still believe that a happy life can only be achieved through struggle. obtain.

Like the "striking workers", the popularity of "Versailles Literature" is also inseparable from the deconstruction and "secondary creation" of netizens.

"Versailles Literature" was originally intended to mock the rich who used the lowest-key words to show off the highest-profile. Later, in the process of continuous dissemination, the irony became weaker and became a show for netizens to follow the trend and create ridicule.

Whether it is ridicule or ridicule, the "out-of-circle" of "Versailles Literature" itself shows that people are disgusted with this kind of pretentious language for the purpose of showing superiority.

Although the extravagant and exquisite life described by the "Versailles" makes it easy for people to fall into unrealistic fantasy, it is just a bubble that bursts in people's hearts.

People still believe in, keeping the truth and purity, and dealing with real life down to earth is the essence of life.

Language is a mirror that reflects the real world, and the buzzwords of a period are often the expression of collective emotions in this period.

From "involving", "beating workers", "Versailles" to "985 waste", "small town as a writer" and "PUA", the buzzwords that have resonated widely with people are all concentrated expressions of the current social mentality.

If it is said that "internal scrolls", "985 wastes" and "small towns as writers" reflect the anxiety of contemporary young people in the face of real competition, "beating workers" and "Versailles literature" are more cynical and ridiculous. The method temporarily "relieved" these anxiety, but the hidden social pain points behind it still cannot be ignored.

When people are unable to relieve the pressure of reality and even develop a self-deprecating mentality, society should pay enough attention and attention to this self-deprecating atmosphere pervading the crowd, and reflect on why such emotions appear and how to comfort them .

Whether it is anxiety or self-deprecating, they all examine the relationship and value between individuals and society in another way: how individuals should promote the development of society and themselves, and what kind of shelter and protection society can give individuals Give back.

While young people are pouring enthusiasm for these buzzwords, they also place more hopes and expectations; they are eager to change their status quo and look forward to a better future with upward mobility.

In fact, behind these buzzwords are people's expectations for a better life, and this expectation is the source of motivation for reform and development.

To change the status quo of "involvement" of "workers fighting" and "small town writers", it is obviously not enough to rely on individual efforts, and the support and assistance of the entire society is needed.

In the face of such expectations, the party and the government should use greater reforms to promote the resolution of practical problems, effectively improve people's livelihood, safeguard social fairness and justice, protect people's rights, and make the results of reform and development better benefit all people.

Only in this way can the anxiety and confusion in people's minds be eased, and people's struggle and hard work can bring more sense of gain and happiness.