Purchases ordered from the UK online store may have to come after the turn of the year. In addition to ordering, the return of products also becomes more complicated. 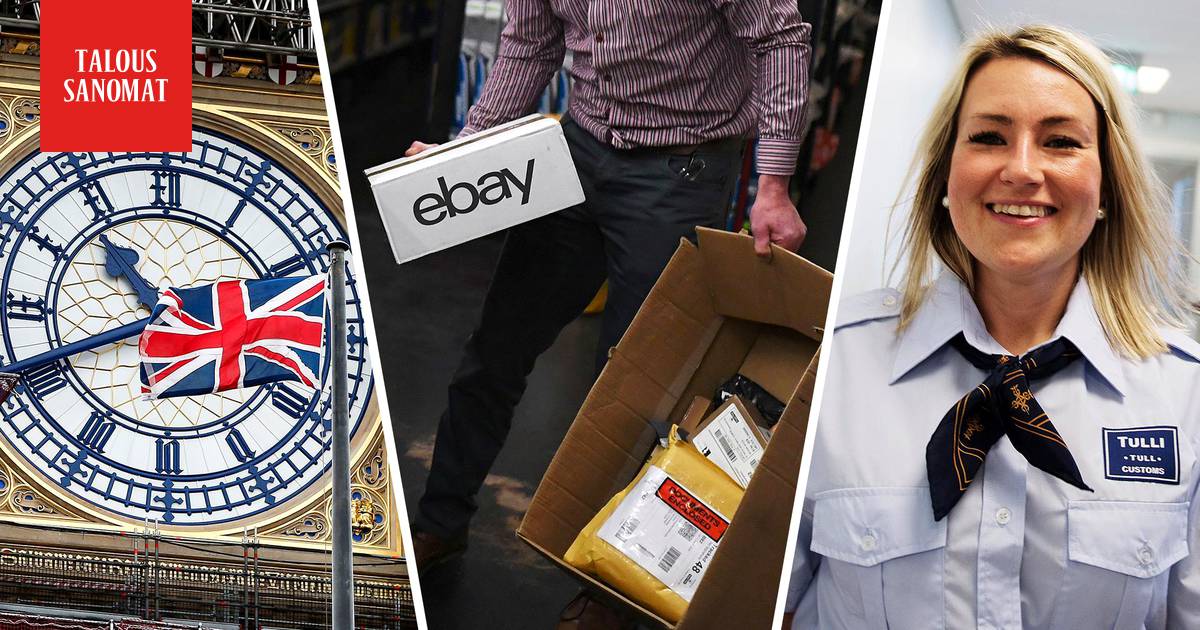 With a trade agreement between the European Union and Britain over Christmas, ordering purchases from British online stores will change at the turn of the year.

Consumer trade between EU countries and the UK comes with tariffs that consumers did not have to pay during Britain's EU membership.

In addition, consumers will henceforth have to take into account a number of other factors if they continue to shop in UK online shops.

In addition to ordering, the return of products also becomes more complicated.

After the turn of the year, some products can no longer be ordered from Britain at all.

Finns buy the second largest number of British online stores immediately after the Germans, so the changes can be expected to affect the shopping habits of quite a number of consumers.

Taloussanomat, together with the Chief Customs Inspector Nadja Painokallio, clarified what issues the consumer must pay attention to in the future when shopping online in British online stores.

Should a purchase ordered from a UK online store be subject to customs duty in the future?

In some cases, keep.

Britain is, in terms of origin, Great Britain and Northern Ireland.

- Orders costing more than EUR 22 but not exceeding EUR 150 are duty free.

However, there are a few exceptions here as well.

How much does it cost to order goods from Britain to Finland?

The rough rule of thumb is that customs will increase the price of an order by about 30 percent if it is an order of more than 150 euros.

Pressokallio points out, however, that there are also many goods for which the applicable duty is zero euros on the basis of the tariff heading alone.

- Almost all computer devices and mobile phones are like this, he says.

The Customs heading of the goods ultimately determines the amount of duty.

According to the rock, the customs duty on a large proportion of goods is a few per cent, but the duty on clothing and certain footwear can be between 12 and 17 per cent of the sum of the purchase price and transport costs.

These are the main changes in e-commerce between Britain and Finland since the turn of the year.

However, in addition to these, there are a number of other factors that affect whether or not a product ordered from the UK is subject to customs duty.

The partnership agreement between the United Kingdom and the EU includes, among other things, the fact that Northern Ireland is treated as an EU country, so consignments from Northern Ireland are generally not subject to customs duties or taxes.

Also, a product ordered from a UK online store that is made in the UK or the EU does not necessarily have to pay customs duties.

- As a rule, the customs duty must be paid for goods that have been ordered from a British online store, but made outside the UK and the EU, Painokallio explains.

In addition to the origin of the product, the customs duty can also be affected by the world from which the product ordered from the UK online store is shipped.

- In principle, the country where the e-commerce is located never matters when ordering online.

The online store can be located anywhere.

The decisive factor is where the goods come from and whether they are delivered to the customer duty-free, Painokallio says.

For example, a product ordered from a UK online store that is shipped from a warehouse within the EU does not have to pay customs duties if the goods have been imported into or manufactured in the EU.

According to the printing rock, the storage of products often involves things that may surprise the customer.

- The customer may have ordered the product from a German online store, for example, but the store has not told him that the product will be shipped from China.

In this case, the product has had to come, which may have come as a surprise to the customer.

How can the consumer find out in which country the product he ordered is made?

In order to avoid having to pay customs duties on products manufactured in the UK or the EU, the consumer must indicate the country of origin of the product at the Customs Customs Service.

- The origin mark is usually found on the invoice received by the subscriber, and he informs of this information when he arrives at the shipment.

In this case, the seller bears the responsibility for marking the origin of the product on the invoice, Painokallio says.

Are there any products that can no longer be ordered from the UK at all in the future?

With the new trade agreement, Britain will become a so-called third country.

This means that it is no longer possible to order medicines from Finland in Britain.

Also with regard to food supplements, it is important to be careful and ensure from Fimea in advance that the food supplement does not contain ingredients classified as medicines in Finland.

In addition to medicines, feeds of animal origin, such as dog or cat food, cannot be ordered from Great Britain to Finland.

- Care must be taken when ordering food supplements - wherever you order them.

Some of the food supplements are on Fimea's drug list, and ordering such a product can become a drug violation.

It may be just an ingredient that is classified as a medicine in Finland, Painokallio points out.

What changes are taking place in the return of goods ordered from the UK online store?

Ordering from a foreign online store is also greatly influenced by how easy it is to return the product.

This is especially important when purchasing clothes and shoes, as they may be revealed to be the wrong size or otherwise unsuitable.

Indeed, bureaucracy may increase if you want to return products ordered from a UK online store.

- Returning goods may already be more expensive in terms of postage.

The buyer may have to pay the return costs more often, Painokallio says.

In addition, refunds leaving outside the EU must be declared to Customs for export.

Only after this is it possible to apply for a refund of the import taxes paid on the product.

- At the point when a person is applying for a refund of import taxes, he or she must also have documentation that the product has left the territory of the EU, Painokallio says.

An exit confirmation confirmation received by the customer when he has made an export declaration for the return is valid as a document.

However, according to the printing rock, a receipt from a postal parcel may also be valid as a document if the person has not noticed an export declaration for the return.

- This all takes its own time, so the return of paid import taxes to the customer may not be very fast, Painokallio says.