New Year's Resolutions: How to Make Them Successful

Less sweets, no cigarettes, less stress - those who formulate their resolutions for the new year in this way need not be surprised if they fail. There are simple tricks to defining goals in such a way that they are more likely to become reality. Psychologists give tips. 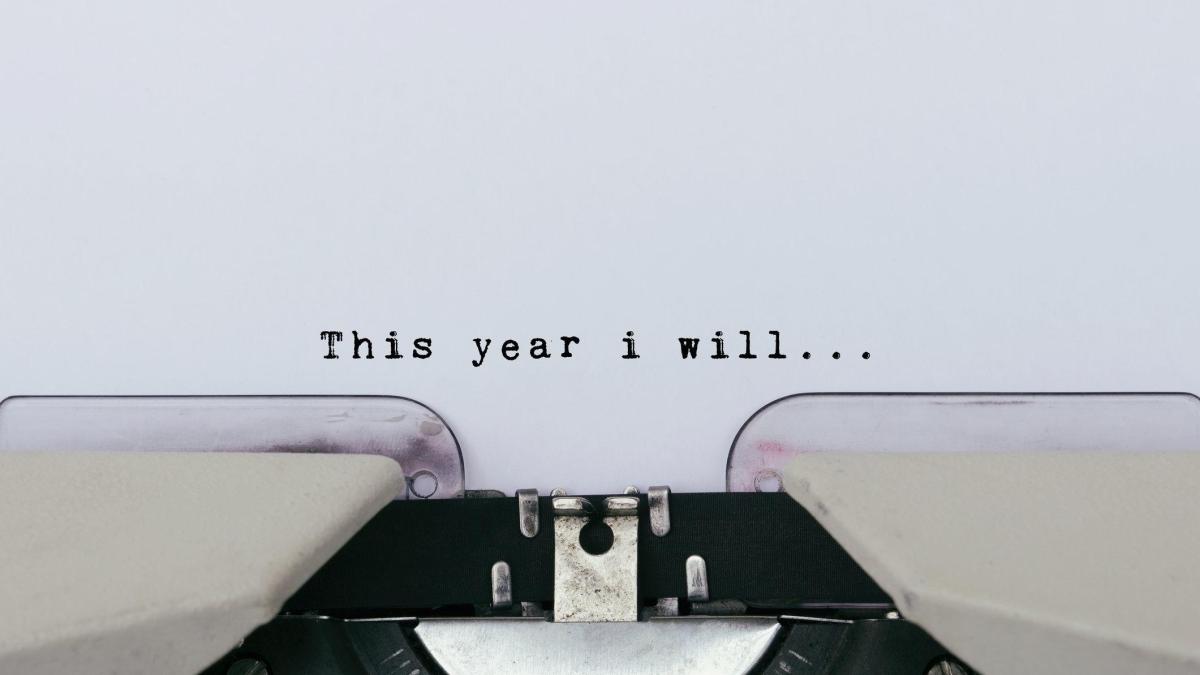 Good resolutions for the New Year belong to New Year's Eve like pouring lead or crackers.

Many people decide to do more sport in the next twelve months, to reduce stress or to quit bad habits such as smoking - in order not infrequently to fail after a short time.

A Swedish study is now providing information on how it could be better to put New Year's resolutions into practice.

Accordingly, their success depends not least on how they are formulated.

This finding is not new to experts.

However, it does contain valuable knowledge for the corona pandemic, in which resolutions could have a different meaning, says Sonia Lippke from the Jacobs University in Bremen.

For their study, scientists from the Universities of Stockholm and Linköping divided 1,066 volunteers into three groups, all of whom made New Year's resolutions at the end of 2017.

Most of the resolutions revolved around personal health, weight loss and better eating habits.

The first group received no help at all during the study, the second a little and the third a lot - for example in the form of regular contact and e-mails with useful tips.

"It turned out that the support the participants received didn't make a big difference when it came to how well they kept their resolutions during the year," says psychologist Per Carlbring of Stockholm University in a statement published on the study .

"What surprised us were the results on the formulation of the resolution."

In fact, so-called proximity goals led to the greatest success.

This includes resolutions that introduce something new into everyday life or a new habit.

Conversely, goals aimed at avoiding or stopping something were less successful.

The researchers conclude that the formulation of New Year's resolutions could lay the foundation for their success or failure: Anyone who reformulates their resolution from “I will stop / avoid ...” to “I will start with it ...” has a bigger one Chance to achieve the goal.

For the psychologist Lippke from Jacobs University, these are nothing new.

However, the study contained a large sample and frequent and intensive follow-up of the participants.

The observation that the formulation of one's own goals plays an important role in their success is already known from health psychology, for example: "'Losing weight' is not a good goal, but 'getting fitter' is," says Lippke.

"The study showed that well: It is easier to do something than to leave something."

It all depends on the formulation

What also makes the Swedish work valuable are its consequences for the corona situation and the associated lockdown phases.

So they show how important the vocabulary used in the pandemic is.

In addition, the term is unclearly formulated and problematic, especially in connection with so-called social distancing: "After all, it's not about restricting social contacts, but about keeping a physical distance."

Measures should therefore be formulated as approximate goals, especially with a view to social relationships and the risk of loneliness.

“These could be 'I'll stay at home' or 'I call one of my friends every day,'” says the psychologist.

It is also important to maintain flexibility, which plays a major role in the success of resolutions: "For lockdown, for example, this means finding new ways of keeping in touch, for example through digital formats."

While most resolutions in the study concern physical health, weight and eating habits, according to a representative survey commissioned by the health insurance company DAK, “Avoiding or reducing stress” and “More time for family / friends” are at the top of the list of the most common good resolutions for 2021.

Lippke thinks that the corona pandemic could be an occasion for reflecting on one's own resolutions: “We are at a time when we are forming other goals that have more to do with the positioning of the self in the community, rather than with it exhausting, wanting to do more sport. "

In addition, there is no scientific evidence that resolutions are implemented more successfully if they are linked to the turn of the year or similar events.

"The basic motivation to start with is important, and this is where drastic experiences like a heart attack can have a much stronger effect," explains Lippke.

In order to remain successful in the long term, this initial motivation must be regularly adapted to the respective framework conditions.

It is precisely these framework conditions that are central to Frank Wieber from the Zurich University of Applied Sciences (ZHAW).

Accordingly, they have a decisive influence on whether a change in behavior is permanent or not: "By changing the environment, you often achieve the most lasting changes in behavior," says the psychologist.

In addition, someone shouldn't approach a new goal with too much euphoria, especially at the beginning.

“Those who are too focused at the beginning may underestimate other obligations.

In the long run you can run out of fuel. "

In addition, goals should be carefully planned and the path to their achievement monitored.

It means formulating a wish, visualizing the desired result, considering possible barriers to achieving it and finally developing a concrete plan.

That plan should be formulated in an if-then form, for example following the pattern: "If I eat a chocolate bar, I do five push-ups." Measurable indications of the progress made in changing behavior and meaningful rewards could provide additional support, says Wieber.

It is also important to try to deal with setbacks: “When implementing your resolutions, you should be indulgent and considerate of yourself.” And last but not least, be patient: “We know from addiction prevention that it takes six to two months It can take years to develop really stable habits. "

Sonia Lippke refers to another aspect: “There is only one right strategy for the implementation of a resolution, and that is individualization.” In fact, there are a wide variety of tips and instructions for successful behavioral changes, ranging from visualizations to the involvement of trusted people or mentors ten-step plans and the like are enough.

"Everyone has to find out for themselves what works for him or her, when and how";

Wieber adds: "Some struggle to find a goal, others to take the first step, and still others to stick with it - these big differences mean that there can be no magic formula for behavior change."

Accordingly, it probably also depends on the personality type whether an approach or avoidance goal is more successful.

"If I formulate my resolution as an avoidance goal, then I have no alternative behavior," says Wieber.

"The sentence 'I don't want to eat any more sweets' contains no alternative."

Accordingly, the Swedish study author Carlbring recommends with a view to such a goal to say instead “I will eat fruit several times a day”.

Then replace candy with something healthier, which probably means losing weight and sticking to your resolutions.

Carlbring continues, “You can't erase one behavior, but you can replace it with something else.

Although this is probably more difficult with the 'I'll quit smoking' resolution because you do it maybe 20 times a day. "

Drinking, smoking and especially illegal drugs are still a problem in Germany, but a well-known one.

Now there is a new trend - teenagers go for painkillers.

In return, the time between the years may offer more peace, especially in times of Corona.