Analysis: "Anyone who longs for a Brexit-free existence will be disappointed"

The abysmal abyss came stumbling close, but on Christmas Eve the news came that the EU and Britain had agreed on a Brexit agreement. Many are said to have breathed a sigh of relief, but those who long for a completely Brexit-free life in the future are likely to be disappointed. 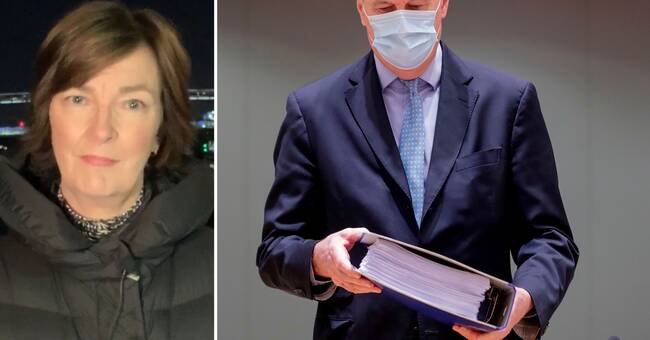 An intense week is underway in London and Brussels.

On Monday, EU ambassadors will meet and discuss the text of the agreement.

On Tuesday or Wednesday, the member states will hopefully sign the agreement.

The lack of time means that the European Parliament does not have time to vote before the turn of the year, it will have to wait.

On Wednesday, the British Parliament will vote on the agreement.

Prime Minister Boris Johnson has called on the hardline Brexitists to approve it, and initial signals suggest he will obey him.

The agreement allows the British at the turn of the year to leave the internal market and the customs union in an orderly manner.

According to those with real transparency in the process, the alternative would have been a disaster, worse than many understood.

And once the dust settles, relations between the EU and the UK will slip down the news agenda, likely to the delight of many.

But it will not disappear.

New "mini-Brexit negotiations" will take place for years to come.

Under the agreement, 25% of the EU's fishing rights in British waters will be transferred to the UK over a transitional period of five and a half years.

After that, annual negotiations on quotas await.

The British must decide how much consideration must be given to the EU regulations and risk punitive duties if there are too large deviations.

Ideal for quarrels, both internally among the British and with the important partner EU.

A new relationship between the EU and the UK will replace the old one.

No one knows exactly what it will be like when the laboriously negotiated agreement text is to be translated into reality.

But there are probably few who believe that it will be a friction - free work.