Saudi Arabia and Iran have long been deeply enemies. Under a US President Joe Biden, the conflict should take on a new dynamic. The government in Riyadh is even thinking out loud about an atomic bomb. 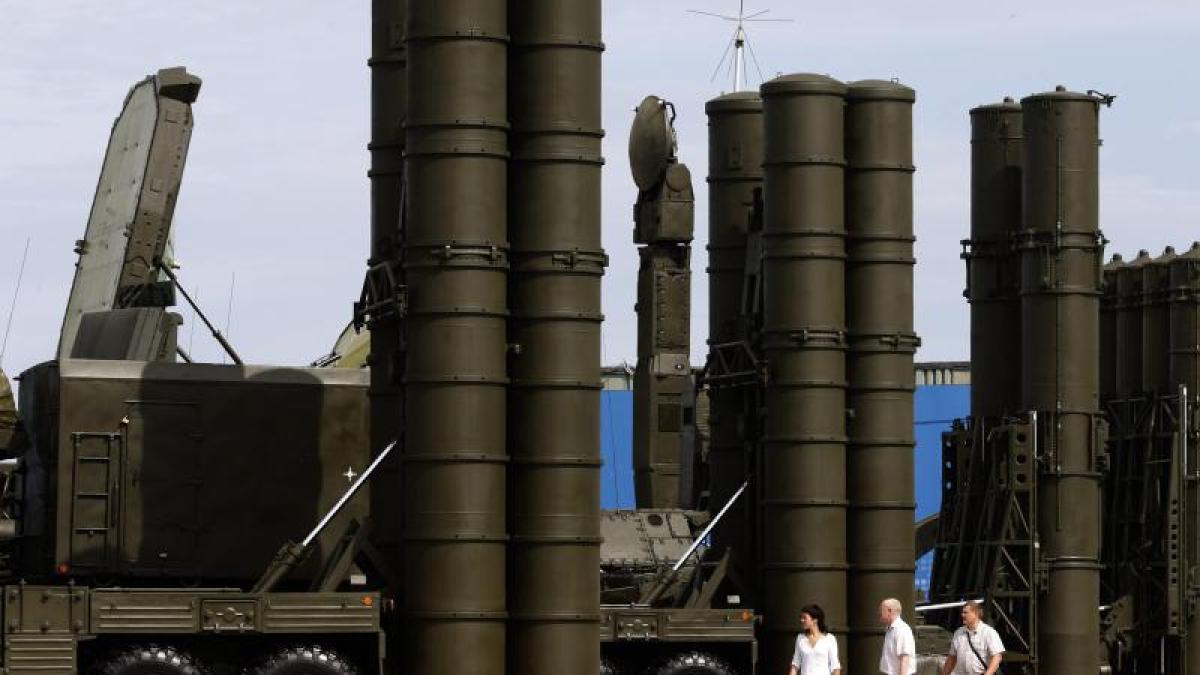 Riyadh / Tehran (dpa) - The rockets came in the early hours of the morning and gave Saudi Arabia a shock that reverberates to this day.

It quickly became clear to the rulers in Riyadh that the only archenemy behind this attack could be Iran.

But the oil-rich kingdom watched helplessly as its air defense against the missiles remained ineffective.

This was followed by the next nasty surprise for the Saudi government.

US President Donald Trump - actually a loyal ally of Riyadh - threatened Iran with retaliation, but refrained from a military counter-attack.

Guido Steinberg, golf expert at the Science and Politics Foundation (SWP) in Berlin, sees the incident as a turning point in the conflict between Saudi Arabia and Iran.

The failure to counterattack has shown “Iranian strength” and “Saudi weakness”, he writes in his book “War on the Gulf”.

A new era began there, in which the danger of war had increased.

When the elected US President Joe Biden takes office in January at the latest, the conflict will acquire a new dynamic.

The new administration in Washington is likely to move away from Donald Trump's tough stance towards Iran and want to revive the nuclear deal with Tehran, to the displeasure of the Saudi leadership.

The Sunni kingdom sees the Shiite rival as an existential threat to its own security.

It accuses Tehran of meddling in the affairs of the Arab world.

In the civil war in neighboring Yemen, for example, the Saudis are fighting the Houthi rebels, behind which Riyadh sees Iran at work.

They regularly fire rockets in the direction of Saudi Arabia.

According to information from Riyadh, the Houthis only sent a rocket north on Saturday.

Steinberg and other observers believe a new arms race in the Gulf, including nuclear weapons, is possible.

If the Saudis get the feeling that Iran is enriching uranium again, then they would react by expanding their own military capacities, says US golf expert Kristian Coates Ulrichsen.

Last month, the Saudi State Minister for Foreign Affairs, Adel al-Dschubair, said of the dpa that if an Iranian atomic bomb cannot be prevented, nuclear armament is “definitely an option”.

Saudi Arabia is already one of the world's largest arms buyers.

In 2019, the country spent almost $ 62 billion on armaments, according to estimates by the peace research institute Sipri.

Tehran is also willing to expand its military.

The arms embargo imposed by the UN Security Council ended in mid-October.

"This means we can import and export weapons again within the framework of international regulations," said Iran's Defense Minister Amir Hatami.

It won't be easy.

The US and Europe will continue not to sell weapons to Iran regardless of the UN decision.

In fact, only China and Russia remained, which have good political and economic relations with Tehran.

But they also show concerns about Iran's Middle East policy, especially in view of the aggressive stance towards its other archenemy Israel.

As a result, observers assume that Beijing and Moscow will proceed very carefully with arms deals so as not to unnecessarily anger the West, Israel and the Arab Gulf states.

In view of outdated weapons and military technology, Russia sees a billion-dollar market in Iran - despite competition from China.

With a view to the end of the UN arms embargo, Vice Foreign Minister Sergei Ryabkov said in September that additional opportunities for military-technical cooperation would soon arise.

Kremlin chief Vladimir Putin is likely to keep this in mind during his not uncommon talks with Iranian President Hassan Ruhani.

"In the next five years, Russia can hope to deliver weapons systems and military technology to Iran - for around five billion US dollars," Russian military expert Ruslan Pukhov recently told the Moscow newspaper "Nezavisimaya Gazeta".

The end of the arms embargo was linked to the nuclear agreement signed in 2015 between Iran and the five UN veto powers and Germany.

Trump not only got out of the deal in 2018, but also imposed new sanctions on Iran, which led to an acute economic crisis in the country.

In response, Ruhani also initiated a gradual exit from the agreement.

Iran has not met any of its commitments since January - either with regard to a uranium enrichment level or a uranium supply.

The future of the conflict between Saudi Arabia and Iran will also largely depend on how Biden relates to the nuclear deal.

If that does not happen, the nuclear law passed by hardliners in parliament will be implemented.

It stipulates that Iran will enrich and store uranium indefinitely and even restrict or even ban UN inspections.

A simple return to the old nuclear deal seems unlikely, however.

The Saudis would require the US to be involved in new negotiations differently than the first time, says golf expert Ulrichsen.

According to the wishes of the riad, it should not only be about the Iranian nuclear program, but also about Tehran's support for armed groups in the region.

"That will make an agreement almost impossible," predicts Ulrichsen.

Center for Analysis of Strategies and Technologies