125 years of cinema: is the end now threatening?

In 2020, movie theaters had to close due to the pandemic: will the cinema survive the corona crisis? Since it was born 125 years ago, its end has been predicted several times. 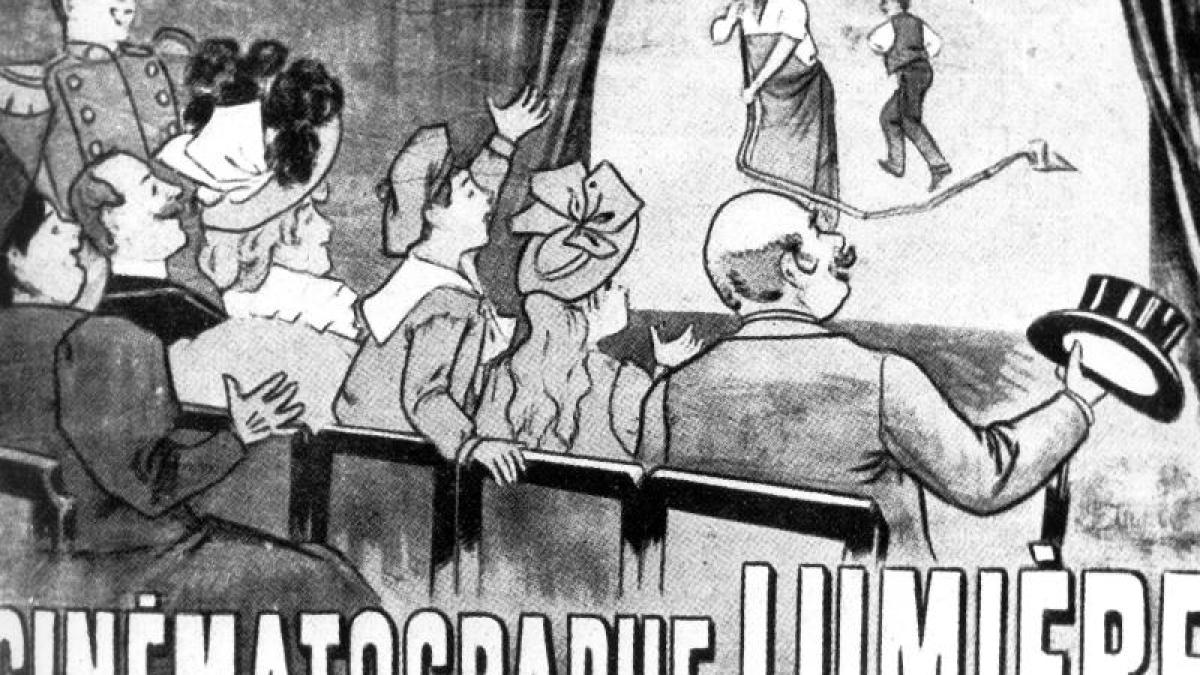 Paris (dpa) - The press did not accept the organizers' invitation.

And many passers-by refused to attend a public film screening for the first time in the basement of the Paris Grand Café.

Entry was one franc.

There were ten short films to see, which together lasted around 20 minutes.

In addition to the film pioneer Georges Méliès, 32 other viewers took part in the historic event 125 years ago on December 28th.

At the end of the projection, according to the organizers, everyone was "speechless, astonished and indescribably surprised".

The success was overwhelming.

Because of the Corona crisis, there will be no shows and festivals on the cinema’s 125th birthday, unlike five years ago on the 120th anniversary.

At that time, the Parisian Grand Palais honored the brothers Auguste and Louis Lumière, who are considered to be the inventors of the cinema, with a comprehensive exhibition.

With their cinematograph - the film camera, film projector and copier combined in one - the photo industrialists showed their short film “La sortie de l'usine Lumière à Lyon” (in German: workers leave the Lumière plant in Lyon).

Their first closed screening with the cinematograph took place on March 22nd, 1895, the first public screening in the Salon India in the Grand Café in Paris on December 28th, 1895, a Saturday.

The Lumière screening in front of a paying audience went down in film history as the birth of cinema - despite the preparatory work of others, such as the American Thomas Alva Edison and the German brothers Skladanowsky.

Almost four weeks earlier, they had shown a film in the Berlin Wintergarten Varieté.

But the Lumière brothers' apparatus for recording and playing back photographic moving images had technically overtaken the Skladanowsky Bioskop projector with only 24 images in a row.

The Grand Café near the Garnier Opera no longer exists today.

A plaque on the facade of the “Hotel Scribe” on the Boulevard des Capucines reminds of the fact that the cinema was born there.

Today multiplexes have conquered the cinema landscape, mechanical projectors have been replaced by digital projectors and streaming portals bring the cinema experience to the home screen.

They have not only changed the viewing behavior of the audience who can watch films on the couch and on the train.

The sales of platform models such as Netflix and Amazon's Prime Video have now overtaken that of stationary cinemas.

You have shaken a business model that is more than 100 years old.

Are streaming portals killing the cinema?

A question that cinema operators and many filmmakers have been asking themselves again since the beginning of the Corona crisis.

Because while the movie theaters, especially art house cinemas, also art house and film art cinemas, had to close in the fight against the pandemic, business is flourishing at Netflix and Co.

With a loss of income of up to 70 percent, the fear of dying in the cinema goes around.

On the way from the French cellar to the global network, the near end has often been predicted.

For example, with the increasing spread of television from the late 1950s, which led to a decline in visitor numbers.

But the question of what the cinema of the future might look like is becoming more and more urgent.

Many in the industry believe that cinema in its conventional form will die.

For film and television producer Uli Aselmann (“Jugend ohne Gott”) the cinema experience should be something special again.

This could include smells and shaking armchairs.

At the same time, he warned in an interview with the technology portal "Chip" that technical achievements quickly become dead if they are overused.

That's why good stories are important.

Others like Lars Henrik Gass are calling for the cinema to be made a museum as a cultural location and for it to be viewed as a subsidized cultural enterprise.

For the director of the International Short Film Festival Oberhausen, politicians missed out on offering cinemas that show films outside the mainstream a promising perspective, as he told Deutsche Welle: be it as a museum industry or as broadcasters of online offers .