The US electric car manufacturer Tesla is allowed to continue building the factory in Brandenburg without a final permit. But who pays for an expensive dismantling of the gigafactory if the permit is not granted? Conservationists warn of high risks for taxpayers. 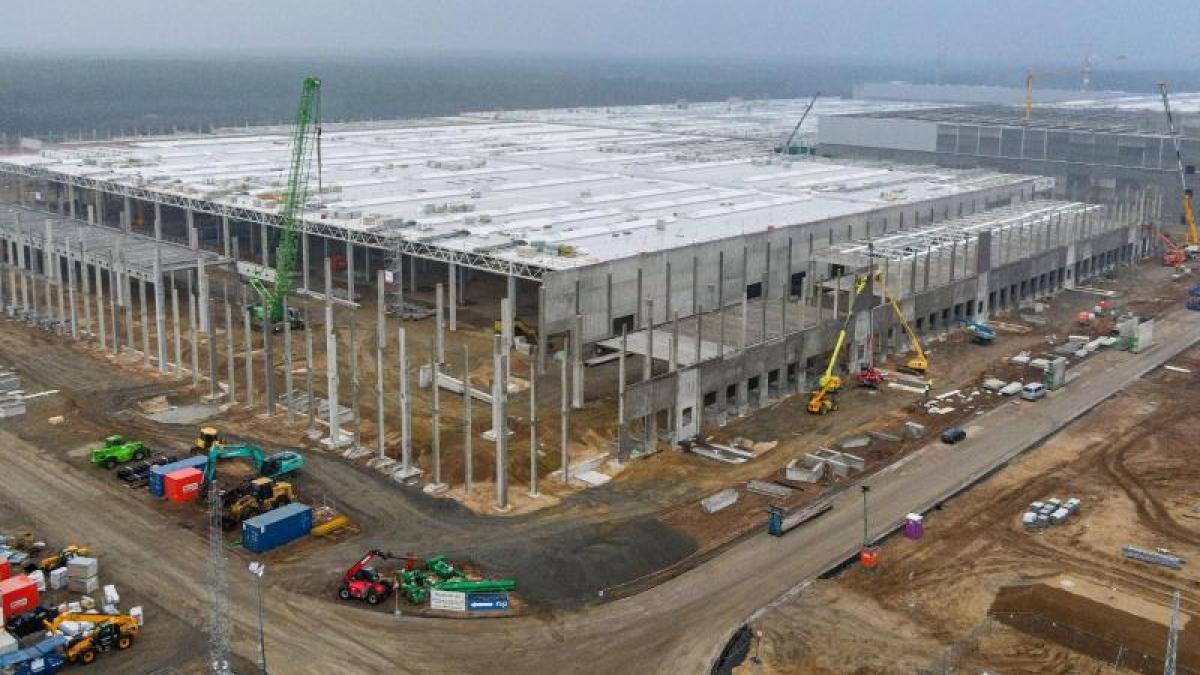 Potsdam / Grünheide (dpa) - After the decision of the Brandenburg State Environment Agency to continue building the factory of the US electric car manufacturer Tesla, nature conservation associations have demanded that the company immediately provide a security deposit.

"This is the only way to ensure that the licensing authority does not come under excessive pressure to process the procedure and that any necessary dismantling does not have to be carried out at the expense of the taxpayer," declared the Naturschutzbund Deutschland and the Green League in an open letter to Brandenburgs Environment Minister Axel Vogel (Greens).

The Brandenburg Ministry of the Environment announced on Wednesday that the country had agreed with Tesla on an extended deadline of January 15 to deposit 100 million euros for any dismantling costs.

The ministry had also stated that Tesla had assumed the obligation to pay all possible dismantling costs with a letter of comfort.

Therefore, the work on the construction site in Grünheide near Berlin should continue.

"Representatives of the state government have always assured that Tesla does not receive any preferential treatment from a legal point of view," complained the nature conservation associations in their letter to the minister.

"The notification of amendment now available clearly contradicts these claims."

The conservationists also criticized the decision to continue building the factory.

"Making such a serious decision shortly before the Christmas holidays is no longer comprehensible for the two nature conservation associations Nabu and the Green League," declared the association representatives Christiane Schröder and Michael Ganschow in a joint statement.

"The associations find it particularly shocking that the Ministry of Environment's technical supervision is exercised in favor of economic interests."

Schröder and Ganschow referred to a sentence in the letter from the State Environment Agency on Wednesday, in which it is stated that the continued construction of the factory no longer has to be linked to the condition that a security deposit has actually been provided for a possible dismantling.

"As part of the exercise of discretion, the State Office for the Environment has also taken into account a corresponding instruction from the supervisory authority," it said there.

"At the last minute, when the trees are being cleaned for Christmas Eve, the newspapers are in print and everyone is mentally on Christmas vacation, the authorities allow Tesla to continue building quietly," he criticized.

"This approach is a huge mess."

Tesla had not provided the security deposit by December 17th after early approval for further deforestation and the installation of machines for the paint shop.

As a result, work was suspended for the time being.

Tesla is currently building through individual provisional approvals because the decision on the final environmental approval by the state of Brandenburg is still pending.

Brandenburg's Economics Minister Steinbach (SPD) said last week that he expected a decision on the permit application for the plant at the beginning of the year.