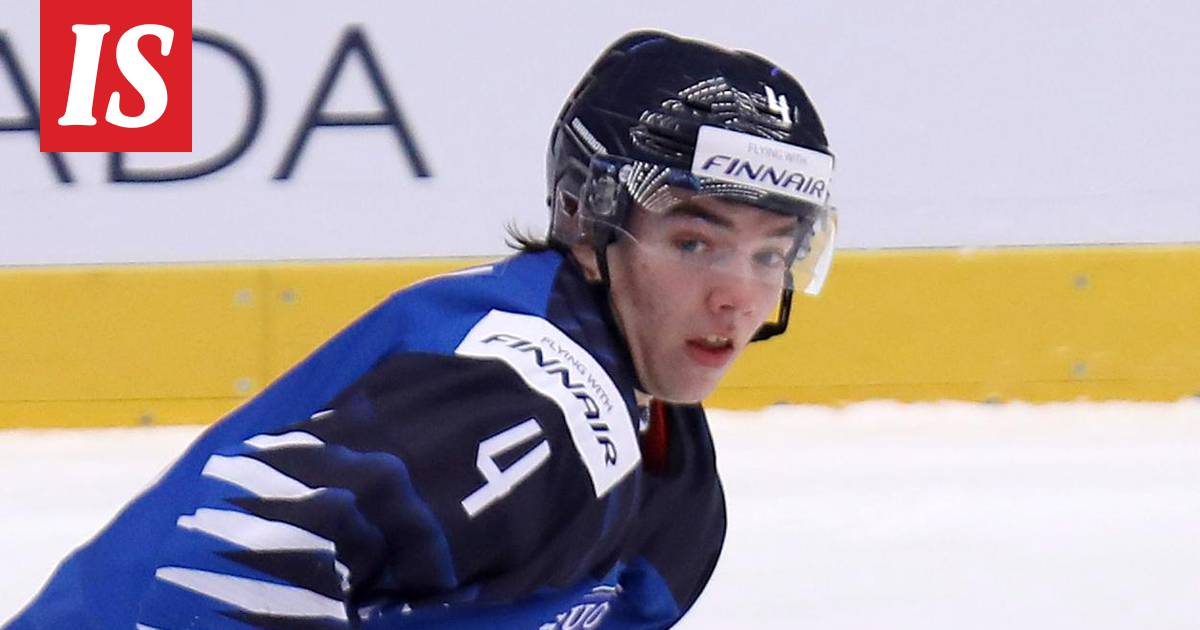 Defender Ville Heinola is at the forefront of the Finnish men's under-20 national hockey team together with striker Anton Lundell.

Unlike his peer Lundell and other players on the World Cup, Heinola has already popped on the brightest peak of hockey.

In the fall of 2019, he played eight NHL matches at the Winnipeg Jets and got a taste of what the other players on the national team are just dreaming of.

- It may be that I'm staying straight in Canada, but I don't know yet, 19-year-old Heinola weighed in before the World Cup.

Rauma Luko would also have use for a defensive defender, but Heinola is now focusing on success in the national team and hopes to open the NHL door again.

Finland will start its World Cup contract the night before Saturday and will face Germany.

There are no easy games.

Germany has also produced good players, and they have a tough bundle, Heinola referred to Tim Stützle, for example, who qualified as the third player at the October booking ceremony.

- You have to be awake from the beginning.

I look forward to the Canada match in particular.

It becomes a hard torque.

Heinola is an experienced value competitor.

Also at the turn of last year, Heinola participated in the World Championships for under-20s.

- I want to take the lead and help the team achieve gold, the defender underlined.

Last autumn, Heinola scored 1 + 4 = 5 in the NHL, so after good performances, the return from Winnipeg to Lukko was disappointing.

- Last year it was difficult when I came back to Rauma.

I got to know myself better.

The lock played a good season and continued its strong going this fall.

Heinola has done better last season when he has caught a score of 1 + 13 = 14 in 19 matches and defended hard.

- This season I got better at the game, and the successes fueled this event as well (the World Championships for young people).

Heinola has a clear idea of ​​the Finnish team.

- We have puck skills and skating power.

Strengths need to be put to use, and the game of the small trough has its own tricks.

The biggest thing is that we get the team welded together and we get to play well together.

That is certainly the biggest thing we can do to succeed.