No use for drone defense in Bavaria's prisons yet

Cell phones and drugs used to be thrown over the prison wall, but drones are now used for this. But not only the criminals are arming - the authorities too. What has the drone defense system achieved in Bavaria's prisons so far? 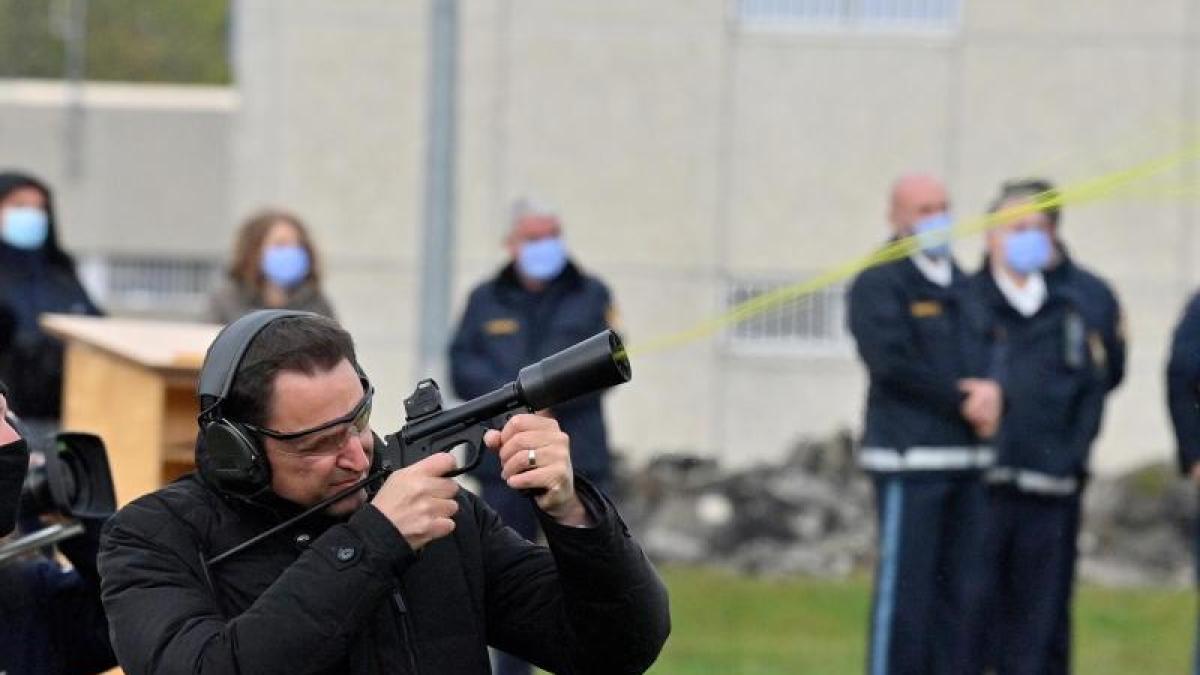 Munich (dpa / lby) - The new drone defense system in Bavarian prisons has not yet been used this year.

Since the presentation of the around 75,000 euro system in mid-October, no drone has been shot down, as the Bavarian Ministry of Justice announced at the request of the German Press Agency (as of December 16, 2020).

"Since the event in October at which the mobile drone defense system" Dropster "was demonstrated in the Munich JVA, there has only been one drone overflight over a Bavarian correctional facility," the ministry said.

On November 18, 2020, a drone flew over the Straubing correctional facility.

"However, the drone flew at a great height and did not come within range of" the dropster. "

According to the ministry, no more overflights have been reported since then.

Until the start of the pilot project, 57 drones had been sighted on the site or in the immediate vicinity of Bavarian prisons, as Justice Minister Georg Eisenreich (CSU) said at the presentation of the project.

There were actually two attempts to smuggle something into a Bavarian prison with the drones: once a cell phone, once drugs.

So far there has not been a case in which something has been successfully smuggled in, the minister emphasized at the time.

To ensure that it stays that way, Bavaria bought 15 net pistols in October, which are now being tested in the Munich JVA Stadelheim as well as in Amberg, Kaisheim, Landsberg am Lech, Nuremberg, Regensburg, Straubing and Würzburg as part of a pilot project.

According to the ministry, Bavaria is the first German federal state to systematically shoot down drones over prisons.

Then there is also training for the employees who are supposed to fetch drones from the sky with the net pistols, which are called “dropsters”.

With the help of a gas cartridge, a 2.4 meter by 2.4 meter large net is shot up, which is supposed to catch the drone and cause it to crash.

This is also intended to prevent unauthorized image recordings.

"In the Bavarian penal system, we have been keeping an eye on drone defense for a long time," said Eisenreich.

“With the new defense system, we can use a safety net to target drones to crash.

With this system we are making our Bavarian prisons even safer. "