In the last league game of the year, defending champion Kiel celebrates a clear home win and remains on the heels of north rivals SG Flensburg-Handewitt as runner-up. The lions from Mannheim fall back to third place. 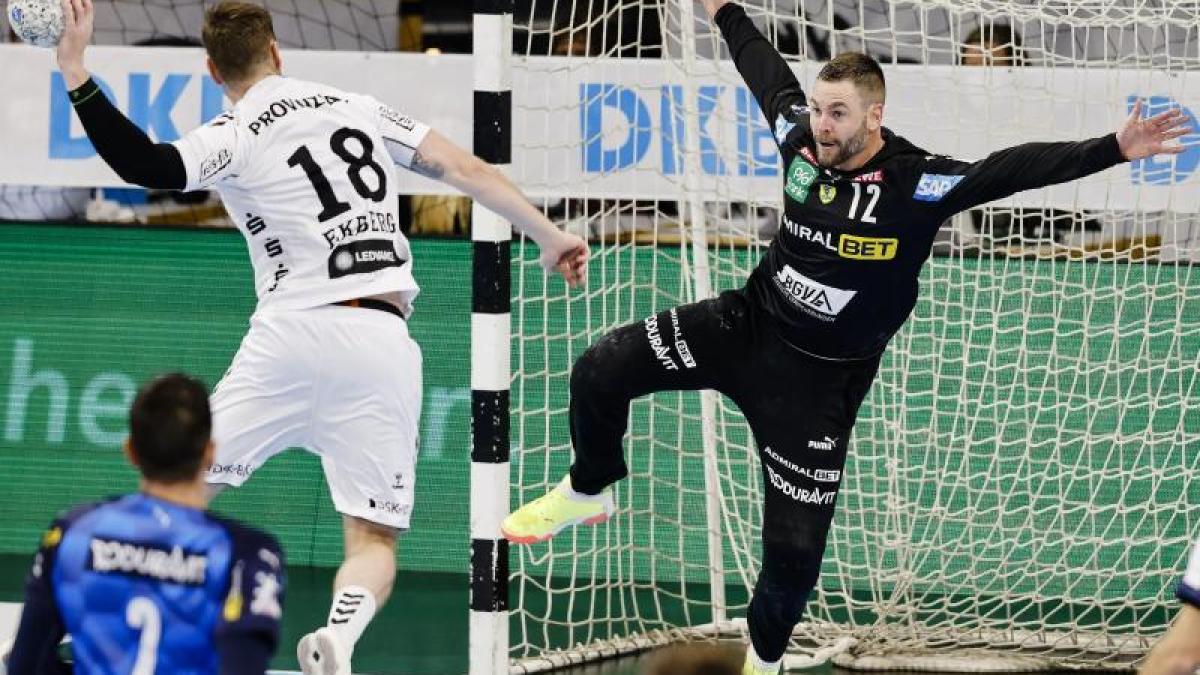 Kiel (dpa) - With an impressive performance in the Bundesliga top game against the Rhein-Neckar Löwen, handball master THW Kiel has set a strong signal in the title fight.

The German record champion outclassed the Mannheim team with 32:23 (15:11) and moved up to second place in the table with 22: 2 points behind the leaders SG Flensburg-Handewitt (23: 3).

The lions have now said goodbye to the championship race with 21: 7 points.

"We really wanted to win and we threw everything in," said THW circle runner Patrick Wiencek on the pay-TV channel Sky.

Lion coach Martin Schwalb admitted after the game: “We made too many mistakes and deservedly lost.

One has to admit enviously: That was a statement from world-class players. "

The Kiel had entered the game with major personal problems.

After the corona quarantine, only Domagoj Duvnjak reported back from the previously ill.

The Croat was only used in the middle of the second half.

Since Rune Dahmke with knee problems also had to pass on the left wing, the responsibility rested on Malte Voigt, who is otherwise active in the 3rd division for THW cooperation partner TSV Altenholz.

And the 27-year-old set a first exclamation mark with his throw over the head of the lion keeper Andreas Palicka to 4: 2 (8th).

In the end, Voigt had seven hits from ten attempts on his account.

The lions, on the other hand, came into the game a little worse.

After the first three goals by national team captain Uwe Gensheimer, who was the best guest scorer with a total of seven goals, Niclas Kirkelökke only entered the scoresheet in the twelfth minute at 4: 6.

In addition, Löwen playmaker Andy Schmid was not a factor.

The Swiss did not bring a shot on the Kiel goal before the break.

"The last 20 minutes were a lesson from the THW," said Schmid after the final whistle.

"We broke in completely."

For the "Zebras" it was the last Bundesliga game of the year.

At the beginning of next week, THW will compete in the Champions League final tournament of the 2019/20 season in Cologne and will initially face the Hungarian record champions Telekom Veszprem in the semifinals.

The Löwen still have the league game against newly promoted HSC 2000 Coburg on December 27th.

Chronological schedule of the Handball Bundesliga