Mass cancellations at the mountain hotels this Christmas

Before the Christmas weekend, the hotels at the county's ski resorts have been hit by mass cancellations. In Edsåsdalen, for example, 80 percent of bookings for Christmas have disappeared and in Vålådalen about 60 percent. Hear how the CEO of Vålådalen's mountain facility, Jonas Ågren, comments on the whole thing in the video above. 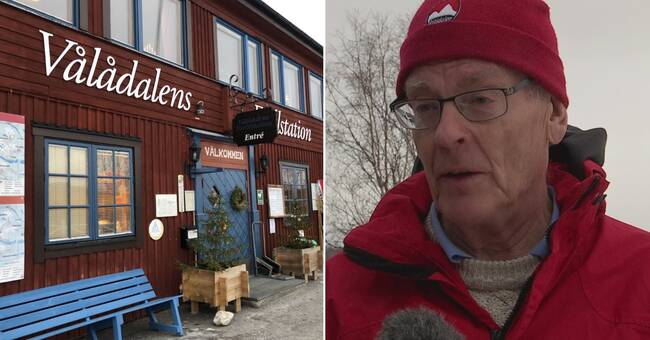 A tour that SVT has done to some of the ski resorts in the county shows that hotel cancellations are very extensive in several places, for example in Edsåsdalen where they amount to 80 percent.

We usually have fully booked at Christmas and it is usually large families that come in between ten to twelve, sometimes twenty people in company - families with children where the grandparents are with.

Now they have canceled.

It started when the restrictions of a maximum of eight people came, says the owner of Edsåsdalen's mountain facility Renate Hedung.

"Do not know how it should go"

The first round of cancellations saw the hotels already in the spring, Renate Hedung further states.

- This Easter, all bookings disappeared in two days.

And now, now we have a whole season ahead of us.

It feels very insecure because there are new restrictions every day.

I do not know how this will go, she says.

All group bookings in Bydalen canceled

In Bydalen, the cancellations for Christmas have not been as extensive as in Edsåsdalen.

Bydalen is instead the group bookings in January that have disappeared.

It is about groups of 30-40 people who usually come to Bydalsfjällen for skiing.

It is estimated that 70 percent of all group bookings in weeks 2 - 6 have disappeared.

- Even if the guests can live in cabins here, they will not come, to ride the bus 50 people together, it is not possible, says CEO of Bydalsfjällens Lift AB Lasse Sällström.

The families stay at home

In Trillevallen, there was a 75 percent occupancy a few months ago, now it has decreased to 20 percent.

- We have many families of five people who come and with a maximum limit of four people in a party, we have to share a family in the restaurant - and this that you have to close the restaurant at 21 (since the bar must close at 20 , reds.anm).

Yes, then they will not come, says Cecilia Lind, CEO of Trillevallens Högfjällshotell.

Even in the Vemdal area, the hotels have noticed cancellations, but there tourists flock to the area to stay in cottages.