The S-top knew about Ida's case - required to resign

The chair of the Culture and Leisure Committee, Elina Gustafsson (S), heard about the Idafallet two weeks ago, but took no action. At the same time, the opposition parties SD and KD react strongly and demand her resignation. - I was told two weeks ago and took it for granted that it had already been reported to the police, says Elina Gustafsson (S). 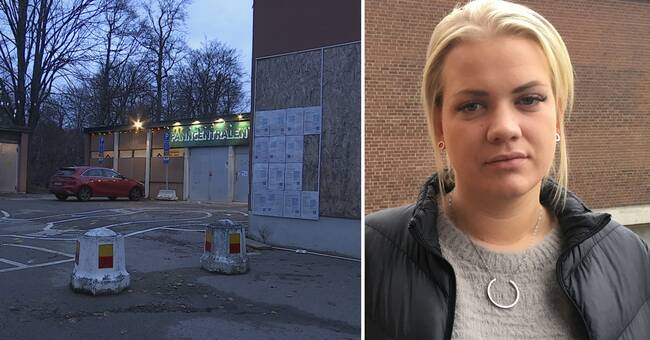 Two weeks ago, the committee chairman heard about Idafallet - then from the operations manager Sebastian Chavez.

- What has happened is terrible and indefensible in every way.

When I heard about it, I took it for granted that it was reported to the police, and I also heard it from another person last week.

But the extent of it all, and what Sebastian Chavez says today about how he acted, I did not know, says Elina Gustafsson (S).

How did you act when you first found out?

- I talked to some in municipal politics about the event itself.

You could not have acted differently?

- I do not know what else I would have done.

It must be remembered that this is an individual association and its own legal entity.

And we will follow it up and review it.

Resignation demands from the opposition

The opposition parties react strongly, and both the Sweden Democrats and the Christian Democrats believe that the politicians who knew about the case but did not act should resign after SVT's revelation.

When something like this occurs, you have to forcefully distance yourself and request an investigation and look at the business in the seams - immediately.

In a statement, they write that they assume that the Social Democrats will go to the bottom with which politicians have been aware of the matter without acting.

- If it is the case that this has been known to a politician, we believe that that person should make their place available, says Billy Åkerström (KD), group leader.

Things like this must be reported to the police immediately, no exceptions.

Extra unhappy when the person in question is in need of special support and does not receive that support.

I hope that there is also an internal review where you go to the bottom with what happened.

The activity is and has been very important and significant for many young people in and outside the area, says Sophia Ahlin (M), second vice chair of the culture and leisure committee.