Big Rami .. The bodybuilding champion's journey from Egyptian fishing boats to the throne of Arnold Schwarzenegger

Ramy's career in bodybuilding competes with movies, with its excitement and drama, and may compete with the famous legend of Rocky Balboa, represented by Sylvester Stallone, the Hollywood star in the Rocky film series. 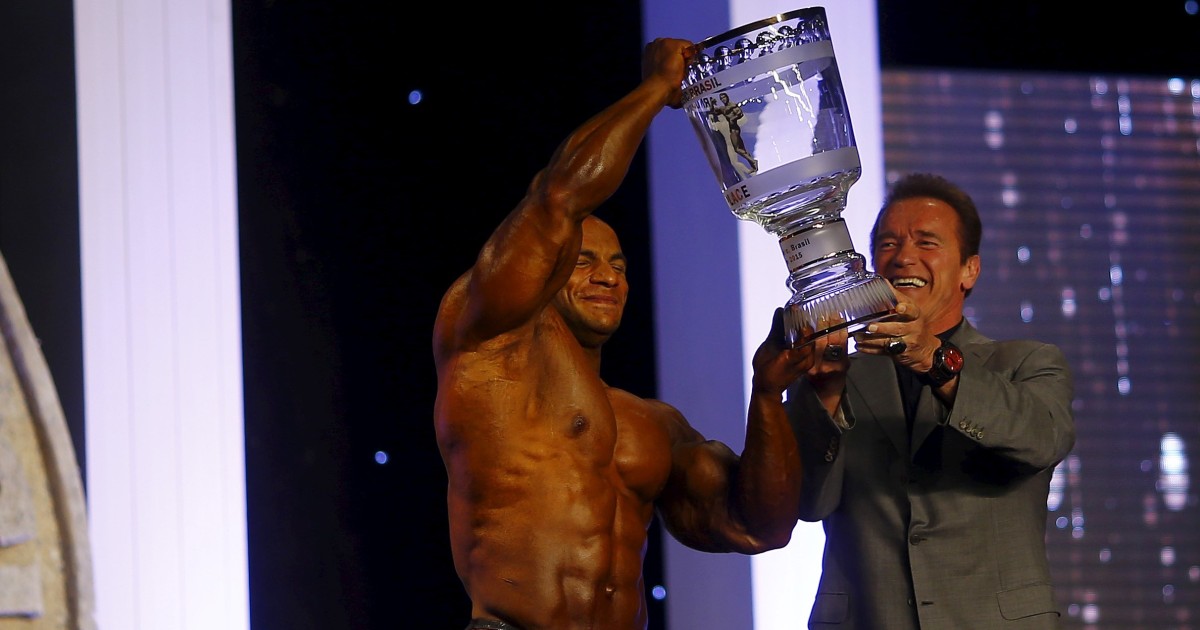 The simple lady Najat Hegazy, the daughter of the village of Al-Sabeia in Kafr El-Sheikh Governorate in northern Egypt, was not expecting when she gave birth to her tenth son, Mamdouh Muhammad Hassan al-Subaie, that this little boy would become great in everything, great in size and in success and heroics, and even that the world would call him "Big Ramy or Ramy the Great" .

Ramy, 36, in bodybuilding, competes with cinematic films, including excitement and drama, and perhaps if he is shown on the silver screen someday competes with the famous legend of Rocky Balboa, who was represented by Sylvester Stallone, the Hollywood star in the Rocky series of films and participated in making his international fame.

Ramy is the nickname given to Mamdouh by the people of the village. He discovered his talent for bodybuilding early on, maintained permanent training in a gym in Baltim and achieved local fame and obtained many certificates at the level of his city.

Mohamed Salem, Rami's coach in his hometown, said in press statements that Rami grew up in a simple family like other fishermen's families, and he used to play football in the village school as a child, and he did not consider that he would play bodybuilding, but Salem saw that his body grows in a way Unusual during training, he was offered to change his sport to bodybuilding, and indeed, he responded to him and won many championships nationwide.

Professional hunting instead of bodybuilding

Rami walked the usual path for those around him and combined study and work as a fisherman with his family, and finished his studies by graduating from the Institute of Social Service, and devoted himself to work as a fisherman who would spend long weeks, until he had the opportunity to become a professional in the State of Kuwait, but as a hunter and not as a bodybuilder.

He actually traveled to Kuwait and his dream is still beating in his chest, and he took advantage of the first opportunity he had in 2010 through a friend who offered him a job in a training hall. Rami agreed, despite the fact that the money he would receive was less than what he received as a professional hunter, but he stipulated that he be able to train in The lounge to approve the job, and there the club officials discovered and took care of him.

A sudden rise that dazzles the world

Very quickly, Rami's talent began to appear thanks to his huge muscle mass, and he succeeded in winning the Gold Cup in Kuwait in 2012, and immediately after that he went to the Olympic Amateur Championship and won the championship, then won the "New York Pro" championship in the same year, To begin his journey with the world and become the focus of everyone's attention, and the world of bodybuilding talks about that huge Egyptian hero who suddenly appeared and won all these championships in one year and his colleagues called him "Big Rami".

And like any player who practiced bodybuilding, the "Mr. Olympia" championship remains the biggest dream. It is the greatest professional bodybuilding tournament and is similar to the World Cup game, which made many stars famous, especially the world star Arnold Schwarzenegger, the historical champion of the championship.

Year after year Rami came close to realizing his dream of winning the "Mr. Olympia". He finished eighth in the competition in 2013, then seventh in 2014 and fifth in 2015, the year in which he won the "Arnold Classic" in Brazil and received the trophy from his idol Arnold Schwarzenegger, who He was very impressed with Rami's level.

Setback and promised to return

Ramy continued his career in the "Mr. Olympia" championship, where he won fourth place in 2016 and second in 2017, and everyone thought that 2018 was the year of crowning the expected title, but Ramy disappointed his fans and did not succeed in reaching the finals and fell to sixth place.

This tournament marked a turning point in the life of the Egyptian hero, and despite what was said at the time about the injustice that the player was subjected to, he declared that he bears full responsibility and apologized to his fans and promised them a big change coming.

Corona and the use of secret weapon

The player started a new journey in the wake of the 2018 championship and changed the location of his training and made some adjustments to his training method, and he missed the 2019 championship because he was not prepared for it psychologically, and he became ready to win the 2020 championship before the painful surprise of his infection with the Corona virus on October 9 last Which means that his participation in the tournament on which he relied so much and spent years of effort and race for it was suspended.

Rami's injury caused him to give up his food and training program for about two weeks, a period that would destroy all his effort, but he used his secret weapon, "his mother and her prayers," as he took her with him to Cairo, according to his brother's statements to Al-Akhbar newspaper, and she remained next to him throughout the preparation period that followed. He has recovered from "Corona".

The wind finally came to what the Egyptian fisherman's ship desired and quickly overcame the virus, and he received a special invitation to participate in the tournament on October 22 after losing the opportunity to officially qualify, so that the player would compete with the invitations of his mother and millions of Egyptians and Arabs to achieve his dream and finally win the expected title in the tournament that took place In the United States of America two days ago.

Big Rami also won the title of the fans' champion in his first statement after winning the title, and confirmed that he did not believe that he had finally won the championship he had dreamed of for a long time, stressing that he would keep this title for a long time, and he congratulated his fans on winning and thanked all his fans in the Arab world.

With this victory, Big Rami became the first Egyptian and the second Arab to win the "Mr. Olympia" championship, after the Lebanese Samir Bennott, who won the title in 1983, and this victory opens the door for more Egyptian and Arab champions to participate and win this major tournament.

Rami's victory caused a sensation in Egypt, especially in his hometown in Kafr El-Sheikh governorate, in which the joy exploded, and newspapers and satellite channels rushed to the village of Al-Sabaia conveying the joy of family and friends with this great victory, and top stars in various fields were keen to congratulate the Egyptian star for the dear title.

Congratulations to the Egyptian champion Ramy Al-Sebaei for winning the Mr. Olympia Championship 2020👏👏

Congratulations Big Ramy, the first Egyptian in history to win the title of Mr. Olympia, proud of you and everyone who tries, strives and fights circumstances in order to reach his dream # MrOlympia # BigRamy #AbouHashima