Payment cards with mini computers, ATMs with “anti-skimming modules”: spying on account data is increasingly difficult in Germany. However, criminals find other ways - and bank customers often make it very easy for them. 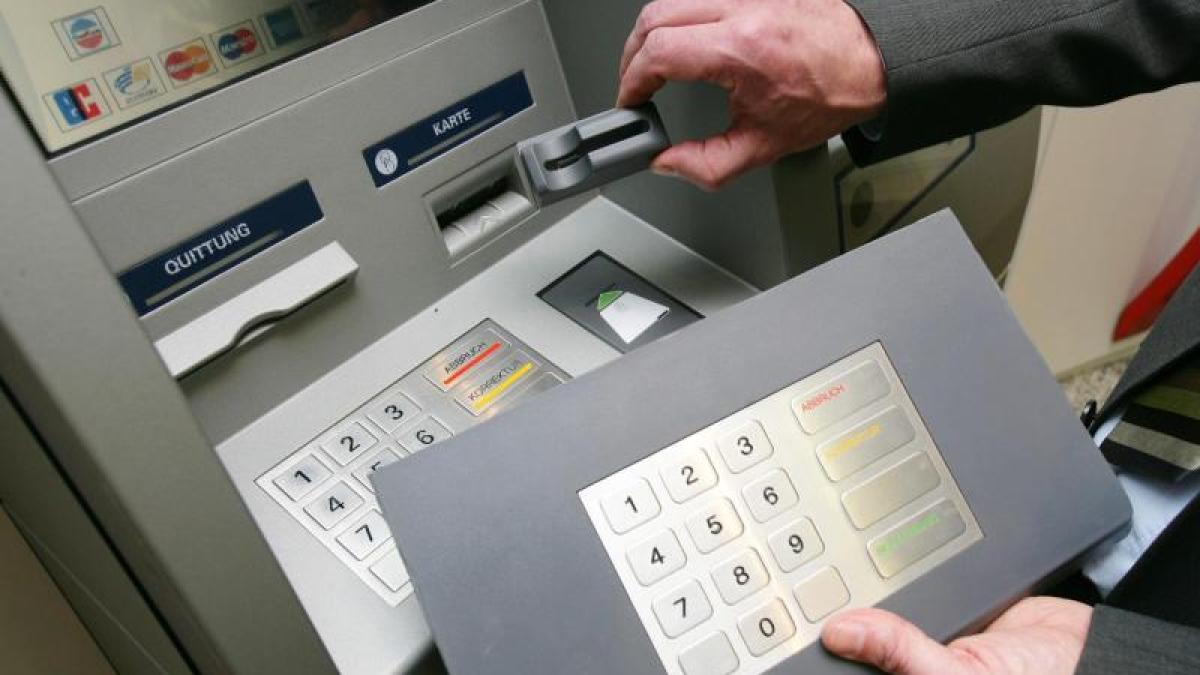 Frankfurt / Main (dpa) - According to experts, data theft at ATMs in Germany is an “obsolete model”.

There have never been fewer “skimming” attacks and the damage in the current year is at a record low.

That is the good news.

But criminals are looking for other ways to gain access to someone else's accounts - and they are successful.

Because, contrary to all warnings, many consumers keep their payment card and PIN together in their wallets, the damage caused by the theft of the cards increases.

“In retail, you can also withdraw money with the PIN at the till.

We assume that criminals make extensive use of it, ”says Margit Schneider from Euro Kartensysteme.

The Frankfurt facility takes care of the security management for payment cards on behalf of the German banking industry.

The number of cases of loss and theft of payment cards in the current year up to and including November fell to 9682. In the eleven months of the same period last year, there were 10,004.

The gross damage caused by the loss and theft of cards, however, increased from a good 13.5 million euros to around 14.2 million euros up to and including November.

In the vast majority of cases, the cardholders claim that their secret number has also been stolen, said Euro Card Systems.

Security expert Schneider emphasizes: "The PIN belongs in your head, not in your wallet."

At ATMs in Germany, data thieves are increasingly trying to spy out sensitive data from bank customers.

In the same period of the previous year there were 227 such "skimming" cases, in 2019 as a whole there were 245. Individual machines may have been attacked several times.

Investing billions in more security for plastic money makes it difficult for criminals to do their illegal business: the crooked card data is becoming increasingly difficult to use.

Because duplicate cards basically only work where payment cards are equipped with relatively easy-to-copy magnetic strips and the reading devices in retail are designed for magnetic strips.

Counterfeit cards based on customer data that were stolen in Germany were used this year primarily in India (a good 36 percent share of damage), the USA (a good 25 percent) and Indonesia (around 16 percent).

Overall, the gross loss from skimming continued to decline at a low level in the current year.

Euro Kartensysteme puts the gross amount of damage caused by spying on card data and secret numbers up to and including November at just over a million euros.

This is a record low.

In the same period of the previous year, the “skimming” damage amounted to around 1.28 million euros, in 2019 as a whole it was a little more than 1.4 million euros in damage.

The industry attributes the decline primarily to investments in so-called EMV technology, which Germany has relied on for years: Payment cards are equipped with a kind of mini-computer, the card is checked for authenticity every time it is used.

In addition, so-called anti-skimming modules at an increasing number of ATMs make it more difficult to illegally read card data.

Thanks to international agreements, the local banking industry can now recover almost the entire loss amount.

Since January 1, 2019, international agreements have been in effect in India, for example, according to which the countries with the lowest security standards must pay for damage from fraudulent transactions with stolen card data.

In the past few years, criminals within Germany have tried to obtain card data, especially in Berlin.

Due to the large number of foreign tourists whose payment cards are not yet equipped with an EMV chip, the federal capital seemed a worthwhile place.

In the current year, however, the most populous state of North Rhine-Westphalia has the red lantern, with 44 manipulations at ATMs so far.

In Berlin, the number fell from more than 100 cases a year ago to just 12 cases.

Police tips to protect against skimming