One of the world's largest icebergs flows towards South Georgia in the South Atlantic and could threaten wildlife on the island. Strong currents have caused the iceberg to swing and break. 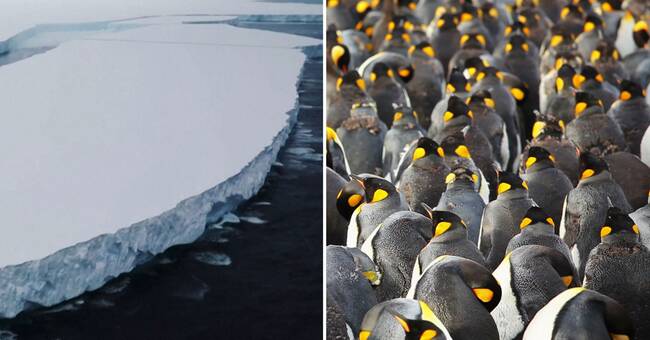 For over three years, one of the world's largest icebergs has floated around the southern Atlantic.

The iceberg called A68a is estimated to be around 4,000 square kilometers (larger than Gotland) and strong currents have pulled the mountain towards the island of South Georgia in the South Atlantic.

For several weeks, researchers have followed the movement of the iceberg towards the island and there is a concern that the iceberg will get stuck in the sea bed and disturb the rich wildlife.

On the island there are large colonies of king and macaroni penguins and millions of seals of various species and the iceberg may make it difficult for the animals to hunt for food.

In recent days, strong currents have caused the iceberg to turn and a huge piece of the rock has come loose.

The piece is 150 square kilometers large (about twice as big as Malmö) and is categorized as its own iceberg named A68d.

The currents have caused the larger mountain to change course to the east but still risk wildlife on the island, reports the news agency Reuters.

See pictures of the iceberg and how the course has changed in recent days in the video above.