Hand Euro-2020: the French go to the final for a dream of a double Herning (Denmark) (AFP) The French handball players clearly dominated Croatia (30-19) in the semi-final of Euro-2020 in Herning (Denmark) on Friday, and thus pursue their dream of a double after their European crown two years ago in Paris- Bercy. For their second consecutive final in a European Championship, Siraba Dembélé's teammates will face Norway or Denmark at the end of the afternoon (6 p. 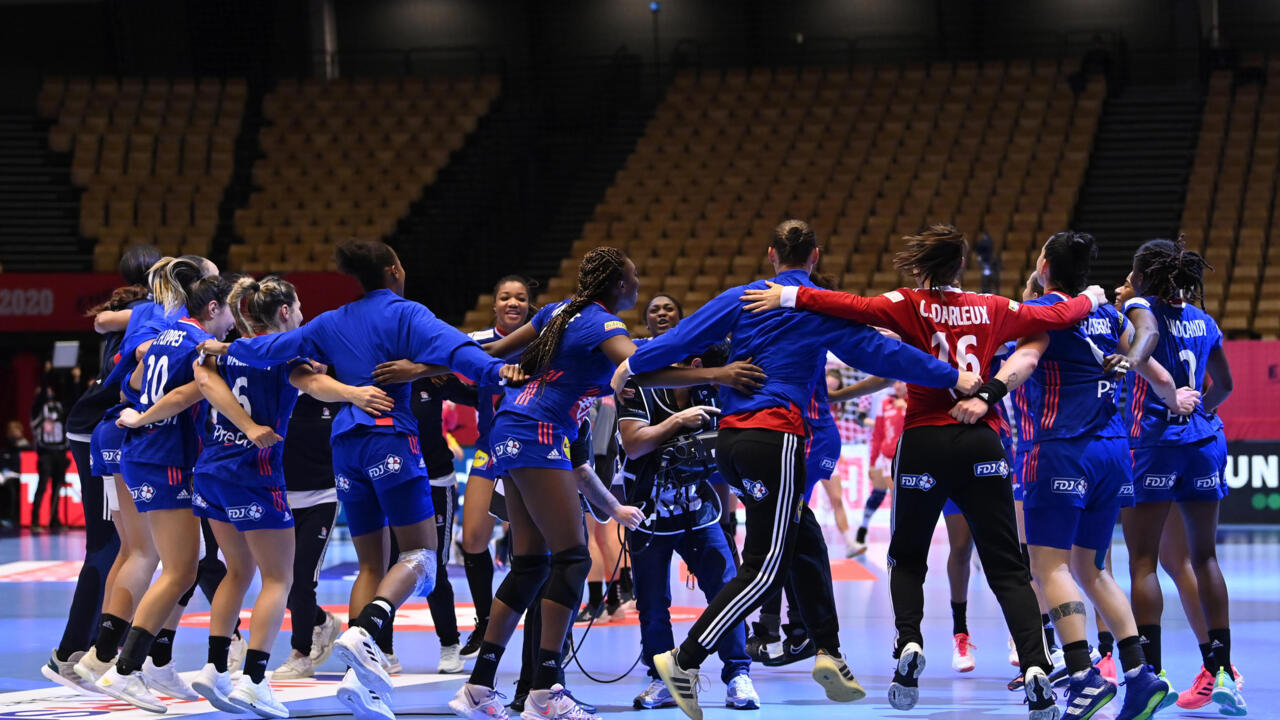 The French handball players clearly dominated Croatia (30-19) in the semi-final of Euro-2020 in Herning (Denmark) on Friday, and thus pursue their dream of a double after their European crown two years ago in Paris- Bercy.

For their second consecutive final in a European Championship, Siraba Dembélé's teammates will face Norway or Denmark at the end of the afternoon (6 p.m.) on Friday evening (8:30 p.m.) in the second semi-final in the form of of a 100% Scandinavian duel.

And after the award of the best player to Kalidiatou Niakaté, they took the break indicating six with their fingers, the number of victories in the tournament, a ritual established at the start of the competition, resuming their chorus of the evening more beautifully. before returning to the locker room.

But the celebrations quickly gave way to the work of recovery, to better prepare the final meeting of their Danish epic.

"I think it's also important that we accept that we are in the final and that we take advantage of that moment, but from 11:00 p.m., we will be in final and work mode. knows that the 24 hours of Saturday will be essential. We know that we will have to work a lot, in particular on the video ", launched the boss of the defense, Béatrice Edwige.

Faced with Croatia, who were discovering this stage of the competition in a major championship, the suspense lasted only ten minutes, time to take the measure of the very slow and placed attacks of the players in the checkered jersey.

After trailing 3-2, the Blues inflicted a 9-0 on the Croats in the space of eleven minutes, to take the scoring, Grâce Zaadi scoring the goal of 4-3 to give the advantage to her teammates in the match not to let him anymore.

"Do not let yourself be flattened!", Launched Olivier Krumbholz from his bench in defense, when she left a little too much room for the Croats, or "Calm down, calm down!"

when the attack ignited in the second half.

Instructions clearly audible in the Boxen Arena in Herning empty due to the Covid-19 pandemic.

This gap (15-5 at half-time) allowed the coach to turn his workforce fairly quickly, thanks to an extremely competitive bench, one of the main strengths of France since the start of the Euro in Denmark.

And it is Kalidiatou Niakaté, author of remarkable and noticed comebacks for two weeks, who made it easier for the French women, with four goals, while in the fast game the wingers Chloé Valentini, Siraba Dembélé, Pauline Coatanéa and Laura Flippes feasted, leaving the Croatian door Tea Pijevic without a solution.

The staff had identified a Croatian game based on the pivots, and for the first time since the start of the competition, Béatrice Edwige and Pauletta Foppa started the meeting in defense.

Les Bleues are therefore guaranteed to climb on their fifth international podium in six competitions (and four finals!), The bad memory of the 2019 World Cup in Kumamoto in Japan (elimination in the 1st round) is now a thing of the past.

This podium also comes at the right time, seven months before the Tokyo-2020 Olympic Games, postponed to the summer of 2021 (July 23-August 8), which still appears very far in the face of the uncertainties arising from the pandemic.