The Commissioner for Human Rights in the European Council, Dunia Mijatovic, asked the French Senate to make the "comprehensive security" bill more respectful of human rights. The law faced strong protests in France. 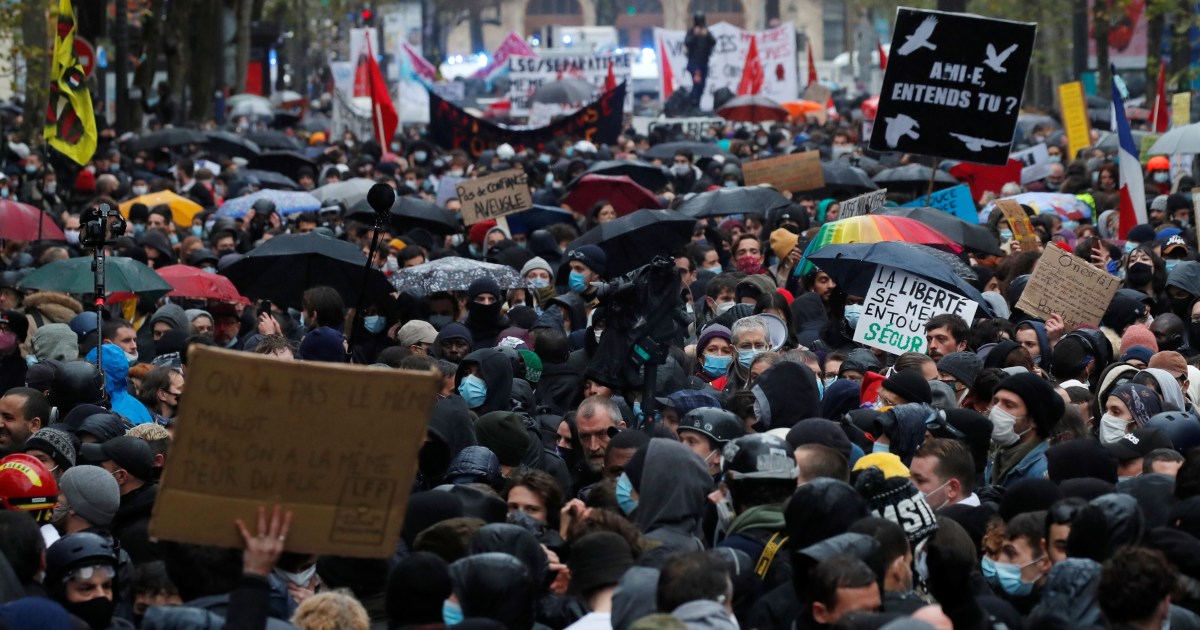 The Commissioner for Human Rights in the European Council, Dunia Mijatovic, asked the French Senate to make the "comprehensive security" bill, which has caused problems in the country, more respectful of human rights.

The "Comprehensive Security" law, which was previously approved by the French National Assembly (Parliament) and submitted to the Senate for its vote, stipulates in Article 24 prohibiting and criminalizing the taking of pictures and videos of security forces while they are carrying out their work with the intention of exposing their abuses and defaming them on social media and the media. As usual during the suppression of the protests.

The parliamentary majority decided to review the article, which aroused great popular discontent after thousands of protesters took to the streets, and clashes broke out with the security services.

Mijatovic demanded - in a written letter to the President of the French Senate Gerard Laricher and members of its Law Committee - to delete Article 24 of the bill, adding in her message, "This ban is a violation of the freedom of the press and the media, and it could exacerbate the crisis of confidence between part of society and part of the security forces." This cannot contribute to protecting the security forces. "

Mijatovic indicated that the European Court of Human Rights has recognized the importance of the media in providing information on how to conduct demonstrations, noting that many of the laws currently in force in France already protect the security forces.

The Commissioner also stressed the need to strengthen the articles in this project concerned with the protection of private life.

She said that the conditions for accessing camera images in public places should be more strictly restricted, and the need to guarantee the human rights and fundamental freedoms of people whose photos are taken by drones.

It is worth noting that the aforementioned bill permits the use of drones and cameras in public space by the police for the purpose of surveillance.

The European Commissioner also affirmed, "The necessity to clearly define the reasons for using these cameras, provided that this use is in line with international standards."

Mijatovic also stressed the need to use cameras in the event that there is a strong possibility that a crime will be committed or that it will be committed, stressing the need to protect the rights of both sides in order to strengthen ties between security forces and society.

Demonstrations swept across France to reject the "comprehensive security" bill, whose article 24 stipulates a one-year prison sentence and a fine of 45,000 euros in the event that pictures of police and gendarmes are broadcast.

The bill, introduced by President Emmanuel Macron's government last October, has drawn criticism from human rights organizations and journalists who view it as a way to silence the press and undermine oversight of potential violations by the police.

President Emmanuel Macron had withdrawn support for the controversial bill, and said that it would be rewritten, acknowledging the presence of "violent police officers," and insisted on "the need to punish them," and admitted that "when your skin color is not white, you are more subject to control (before) Police), you are being identified as a problem, and that cannot be justified. ”