Europe's rivers are divided by more than a million obstacles

They are everywhere: There are countless obstacles such as dams and weirs in the rivers of Europe. This has consequences for ecosystems. 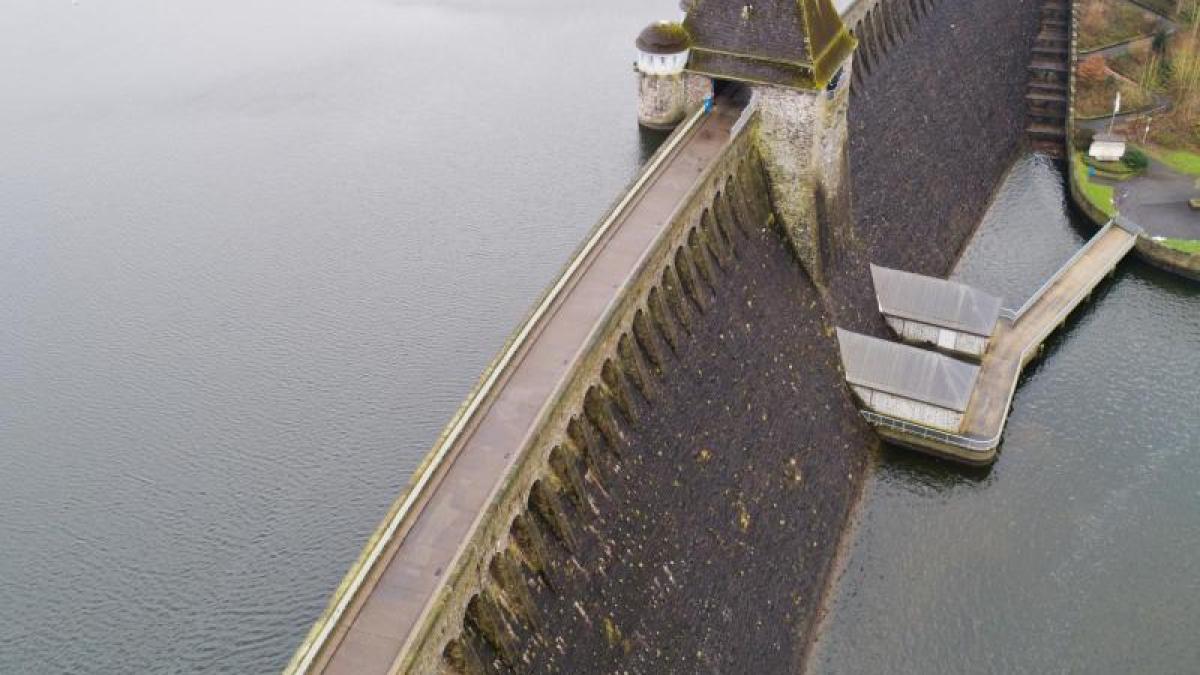 London (dpa) - Artificially constructed dams, weirs and sluices affect the flow of water practically everywhere in Europe: According to a study, the rivers are divided by more than a million such transverse obstacles.

Their number is significantly higher than surveys in existing databases would suggest, writes a team of researchers from various universities in the journal "Nature".

"The number of obstacles found in the field was on average 2.5 times higher than in the existing inventories," says the analysis.

In Germany's rivers and large streams, the density is particularly high at 2.16 obstacles per kilometer.

Intact running waters fulfill numerous functions for an ecosystem: They are not only a habitat for animals and plants, but also a source of food and a transport route.

However, for example, the construction of reservoirs changes flow conditions.

Sediments are deposited and silt up the habitat of numerous species.

"Locks and large hydropower plants should be equipped with functioning fish passages for both migration directions and small hydropower plants that hardly contribute to the energy transition should be dismantled," said Martin Pusch, co-author of the study and researcher at the Leibniz Institute for Freshwater Ecology and Inland Fisheries, according to a press release .

The eel population in Germany could be protected, salmon and sturgeon could permanently colonize streams and rivers.

According to the Federal Environment Agency, there were around 200,000 such transverse structures in 2015 in Germany alone.

The current analysis counts almost 225,000 in this country.

For the study, around 50 scientists led by researchers from the University of Swansea in Great Britain evaluated more than 2,700 kilometers of rivers from 147 European rivers.

On the basis of regional, national and global data sets, the researchers used standardized procedures to walk through selected sections of the river and map the number and type of barriers and transverse structures.

The researchers come to the conclusion that the data sets available so far tended to underestimate the number of smaller barriers in particular - by 61 percent.

Based on adjusted and upscaled estimates, the experts assume that there are 1.2 million in-stream barriers in 36 European countries that disrupt the watercourse.

The majority of these barriers, namely around two thirds, are made up of smaller structures that are less than two meters high.

They would be more likely to be overlooked in conventional surveys, write the experts.

According to the study, the density of obstacles is highest in the heavily modified rivers of Central Europe.

In Scandinavia, Iceland and Scotland, on the other hand, i.e. in sparsely populated, mountainous areas, the lowest barrier densities can be found.

Overall, the density averages slightly less than one obstacle (0.74) per river kilometer.

According to the study, no river basin in Europe is still free of artificial obstacles.

Weirs or dams were mostly built to control the flow of water in rivers.

Often they also serve as a road crossing.