Härjedalen wants more people to do as Kyle and Elin do

Elin and Kyle Mc Callen took their pick and pack and left Stockholm in August. Härjedalen received with open arms, because all newcomers are valuable in a municipality with declining population figures. 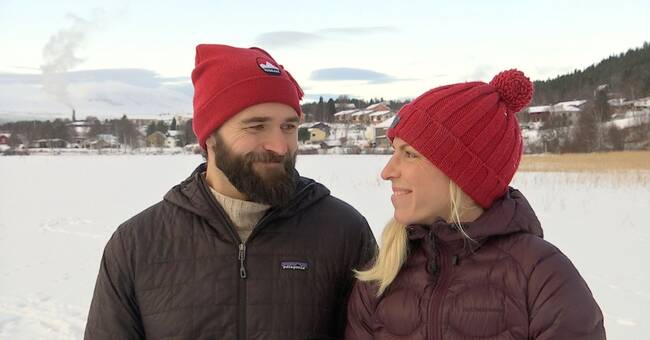 Härjedalen has lost about 50 people a year in the last 10 years.

But it is mostly due to an aging population and low birth rates.

Namely, there are more people who move to the municipality than those who move from there.

- We searched for peace and closeness to nature and when I got a job here at the school in Funäsdalen, we made a difference, says Elin McCallan, when we meet out on the ice 50 meters from their apartment.

From San Diego to Härjedalen

Her husband Kyle McCallan comes from San Diego, California, where it never snows.

And he appreciates that they now have slopes and cross-country trails just around the corner.

Hear more in the clip about the McCallan family's choice to settle in Härjedalen.