Will Robert Lewandowski's career be crowned with the title of world footballer? The winner will be announced this Thursday. The Bayern striker is shortlisted along with Cristiano Ronaldo and Lionel Messi. 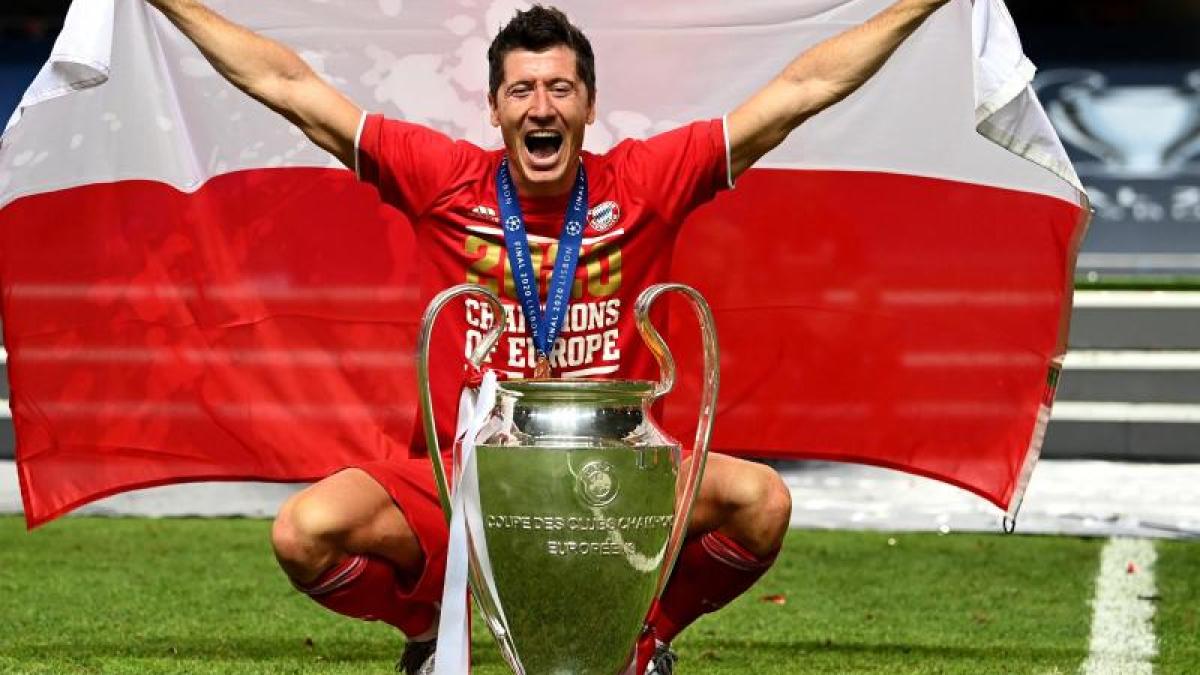 In 2013, an outstanding Franck Ribery led Munich to a triple under coach Jupp Heynckes.

However, the Portuguese superstar Cristiano Ronaldo triumphed in front of his Argentine rival Lionel Messi in the election for World Footballer of the Year, which at that time was still carried out under the name FIFA Ballon d'Or.

Ribery only finished third, despite Ronaldo not winning a title in 2013 and Messi only becoming Spanish champion.

Could history repeat itself in 2020?

Under normal conditions, the winner of the election of the world association FIFA, the result of which will be announced today, Thursday (7:00 p.m.), can only be Lewandowski.

Top scorer in all three competitions, plus success in the German and European Supercup.

The Polish striker of FC Bayern was the outstanding player of the season, while Messi was humiliated in the 2: 8 against Munich and was the last stop for Ronaldo in the Champions League round of 16.

“You have to say clearly that Robert Lewandowski would have absolutely deserved this award,” said Bayern's CEO Karl-Heinz Rummenigge of the “Abendzeitung” and added: “He played an outstanding season with many goals, and he had his qualities for the benefit of the Team increased again. "

But in the election, the votes of fans, national coaches, national team captains and journalists are equally part of the result.

Popularity values ​​can be more decisive than sporting success.

Rummenigge knows that too.

Messi and Ronaldo have “a certain starting advantage in other parts of the world such as Asia, Africa and especially South America”.

There they are “much more present and widespread” on television than Bundesliga players.

There are also other decisions to be made:

WORLD TRAINER: The probability is pretty high that a German trainer will receive the title.

Klopp was eliminated in the Champions League with Liverpool FC in the round of 16, but led the Reds to their first championship in 30 years.

Bielsa made promotion with Leeds.

That could bring him the title of world goalkeeper.

His rivals are the Brazilian Alisson from Liverpool FC and the Slovenian Jan Oblak from Atlético Madrid.

Either the former Wolfsburg Pernille Harder from Sweden (Chelsea FC), the English Lucy Bronze from Manchester City or the French Wendie Renard (Olympique Lyon) will be chosen.