Comment: The vaccine doesn't have time to save us from the Korona trap at Christmas - only precautions matter

The last week of December or the beginning of January? It does not really matter to the health of the elderly on what date the first coronary vaccine will be given in Finland. But it will be if Korona gets to take over the nursing homes during the Christmas holidays, writes Special Editor Heidi Hagelin. 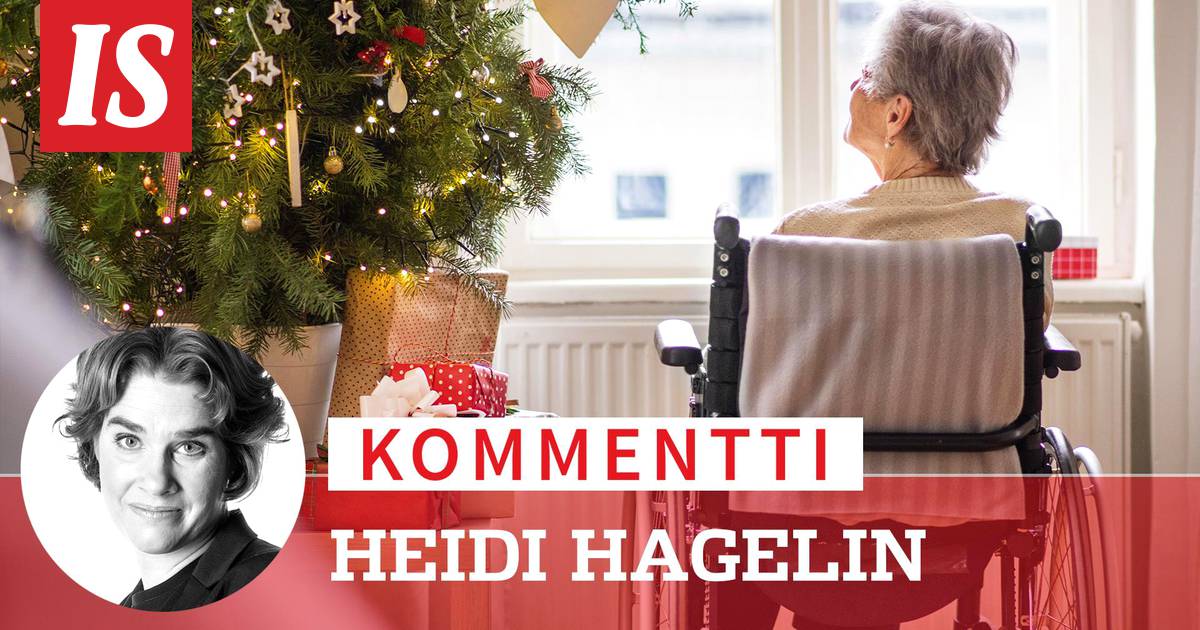 In recent days, there has been a heated debate about the stage at which the first Finn will receive his coronary vaccine.

One response was received on Thursday when European Commission President Ursula von der Leyen said vaccinations could be launched in EU member states on 27 December.

The great thing is that vaccinations are starting.

Initially, however, vaccine volumes are quite small, and vaccination begins with staff caring for coronary patients in the hospital.

Only then will vaccination of older people begin.

The view that elderly close relatives could be sheltered through the vaccine as early as this year is unrealistic.

If the timetable announced by the President of the Commission adheres, it is by no means possible.

In particular, it should be noted that some vaccines require two vaccinations before protection is strong.

Central to the safety of the elderly is how well those close to them can protect them.

Last week I called five nursing homes all over Finland.

They had all had a severe corona infection cluster.

The director of each nursing and senior home or the chief physician in charge of the area said that the trace showed that the corona was brought into the nursing home by an asymptomatic plaintiff.

Many of us now go Christmas shopping, and no matter how we try to be careful with distances, there are risks involved.

Some people meet their elderly close relatives at Christmas.

That, I think, is a realistic assumption, because people’s assessments of what’s risky and what’s not vary widely.

It is worth remembering the words of a nursing home manager: “Every single visit from relatives is a threat to the spread of the disease.

Looking at the bigger picture, the crucial thing is that we have had enough vaccinations to reach protective coverage.

It will take months.

Before we get there, there needs to be a lot of discussion about why some people feel hesitant to take the vaccine.

What's scary about that?

Is there an alternative to continuing the silence like today?

Society can only be opened up if the protection achieved by the vaccine is comprehensive enough.

I would think that the majority of people would already want a slightly more normal life.