China celebrates the return of its “Chang'e 5” probe

The space capsule that landed in Inner Mongolia is to be opened in Beijing. Then scientists begin to study the collected lunar rocks. 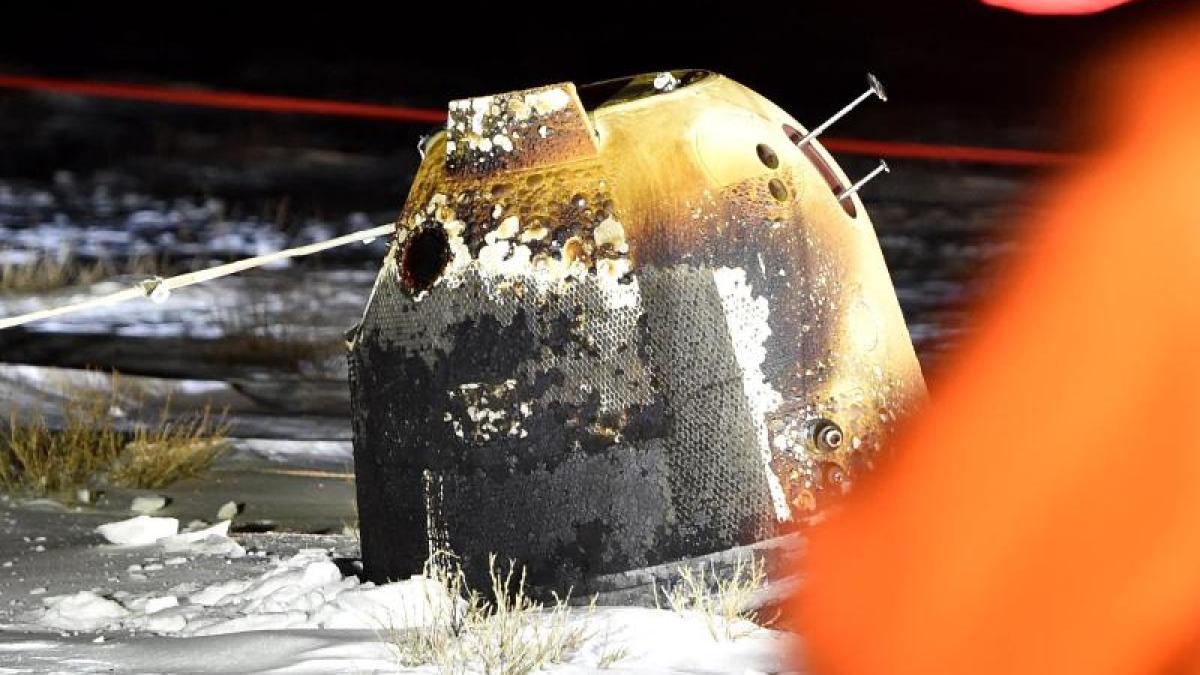 Beijing (AP) - China has celebrated the return of its “Chang'e 5” probe with rock samples from the moon as a historic success for its space program.

President Xi Jinping thanked the scientists involved in the mission in a message of greeting: "The country and its citizens will always remember your remarkable achievements."

The successfully completed space mission was the most complex in the history of the country and a "big step" for China's space industry, he said.

As the third space travel nation after the USA and the Soviet Union, China brought moon rocks to earth in the early hours of Thursday night (Wednesday CET).

After the unmanned lunar mission, the capsule of the spaceship "Chang'e 5" landed with around two kilograms of rock samples in the steppe of northern China.

It was the first time in 44 years that moon rocks had been brought back to earth.

Rescue teams with helicopters and vehicles equipped with powerful searchlights found the parachute-landed capsule in the Siziwang Banner in Inner Mongolia.

It is now to be opened in the capital Beijing.

Then the moon samples would be examined by researchers, reported the state news agency Xinhua.

China will also make some of the samples available to scientists in other countries.

Researchers are eagerly awaiting the lunar rock, which is much younger than all soil samples collected from the earth's satellite so far by the USA and the Soviet Union.

The investigation could provide new insights into the volcanic activity and history of the moon.

The US Apollo missions brought back around 380 kilograms of lunar rock.

The Soviet Union collected around 300 grams with unmanned missions.

The “Chang'e 5” lander touched down in a volcanic area named after the German astronomer Karl Rümker (1788-1862), which lies in the “ocean of storms”.

This region in the upper left part of the Earth-facing side of the moon is 1.2 billion years old.

In contrast, the ages of the lunar rocks collected by the United States and the Soviet Union in the 1960s and 1970s are estimated to be 3.1 and 4.4 billion years ago.

With the successful return of “Chang-e 5”, China has caught up with the major space travel nations.

The People's Republic is pursuing an ambitious space program with further missions to the moon and Mars and the construction of its own space station in the coming years.

In January 2019, China was the first space nation to land with “Chang'e 4” on the relatively unexplored far side of the moon.

A rover was launched and continues to explore the surface today.

The unmanned Mars probe “Tianwen-1” (Questions to Heaven) is also on its way to the “Red Planet”.

As of this week, the spaceship is more than 100 million kilometers from Earth.

It is supposed to arrive on Mars in February in order to try the landing in the following weeks, which is considered to be much more risky than a moon landing.

Of 18 attempts to land on Mars so far, only 10 have been successful - nine by the USA alone.