Andersson gets top position in the International Monetary Fund

Minister of Finance Magdalena Andersson (S) will take over as chair of the influential IMF advisory committee IMFC. She will be the first woman in the position. - It makes it feel extra fun, to be able to be the one who breaks this particular glass roof, she says. 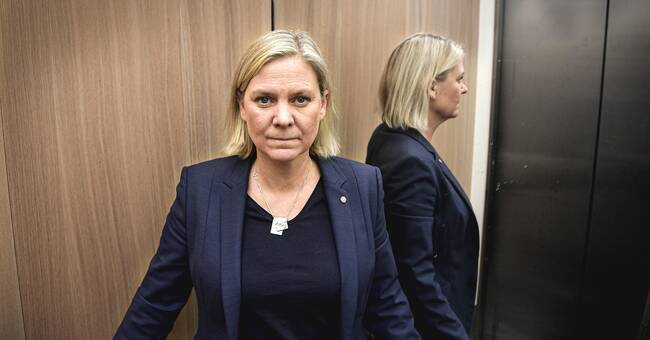 The task is to lead the work when the world's heaviest finance ministers and central bank governors agree on the focus of the International Monetary Fund's (IMF) work.

- It is a three-year mandate.

But you have to be a minister to hold it, says Magdalena Andersson.

She will be the first Swede in a top job at the IMF in over 50 years.

- It is a great confidence, not least for Sweden as a country, she adds.

She was nominated for the job by EU finance ministers last autumn, under the leadership of German Finance Minister Olaf Scholz.

The IMFC normally meets twice a year in connection with the IMF's spring and annual meetings, which are usually held in Washington in April and October.

The IMF's main purpose is to maintain the stability of the global financial system, with support for countries in crisis and economic policy advice.

Opportunity for the government

Will it take time from your job as finance minister?

- It is clear that before those meetings, I will need some time and energy to get together and unite the wills on how the institution IMF should be driven forward.

There will be some extra work, she says.

In the second scale, she adds that the assignment gives the Swedish government access to arenas to which normally only large countries have access.