"This is due to the COVID-19 pandemic": the Ministry of Internal Affairs reported a decrease in the number of migrants in Russia in 2020

At the moment, there are about 6 million migrants in Russia, the press service of the Ministry of Internal Affairs reported, stressing that in past years the figure was 9-11 million foreign citizens. As follows from the ministry's summary, for 11 months of 2020, the number of facts of migration registration, issued invitations and visas for foreigners and stateless persons also decreased. The State Duma explained that a similar situation is associated with the restrictions introduced due to the COVID-19 pandemic. 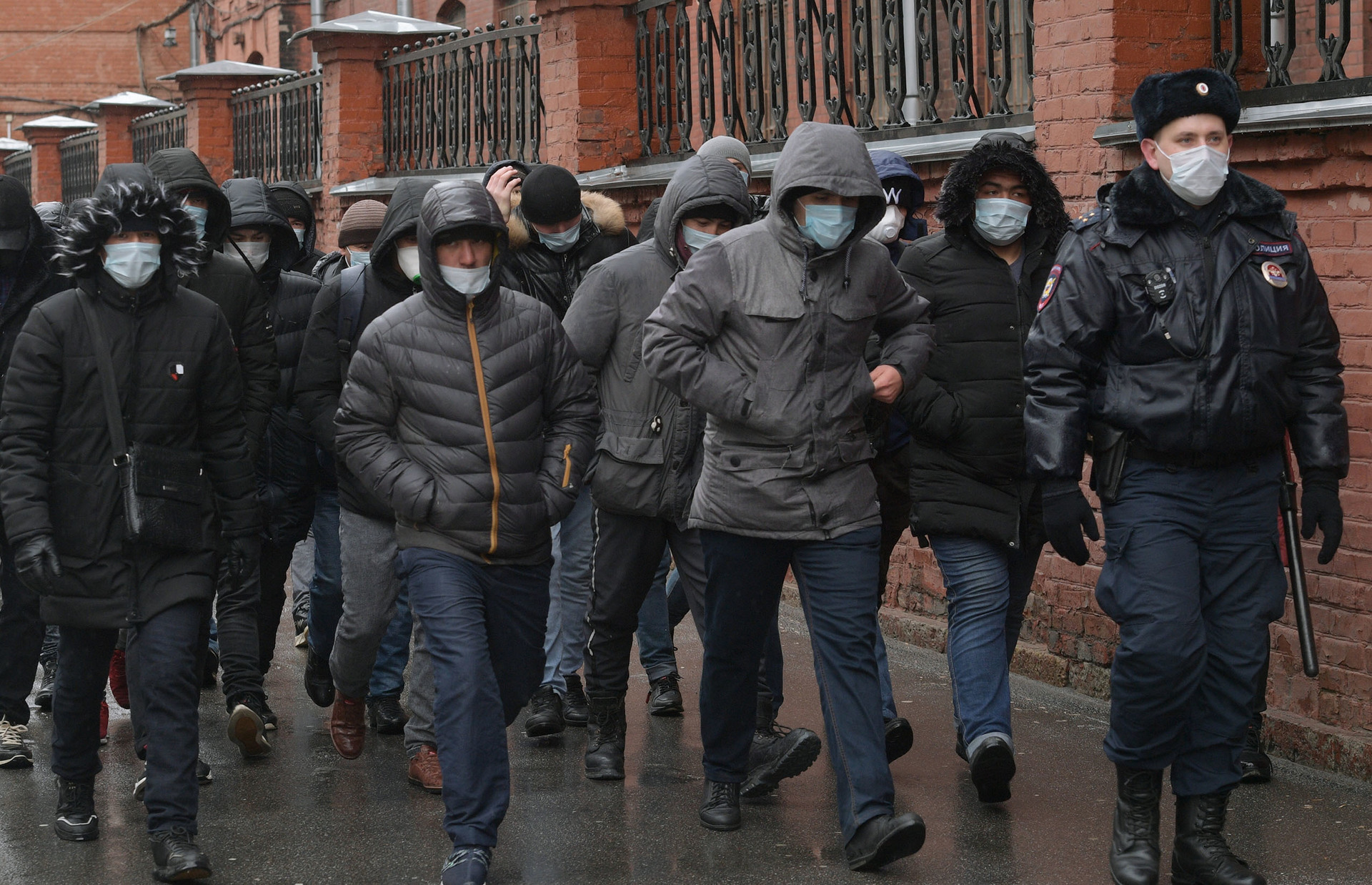 In Russia, in 2020, there was a decrease in the number of migrants in the country, the press service of the Ministry of Internal Affairs of the Russian Federation said.

In the Russian Federation, there are from 9 to 11 million foreign citizens annually, RIA Novosti quotes the department's response to the request.

“This year, their number has been gradually decreasing and currently amounts to ... 6.3 million,” the Interior Ministry said.

It is noted that the majority of foreign citizens have working patents.

They mainly work in large cities and economic centers.

“As of November 1, 2020, 1.3 million foreign citizens are working in the Russian Federation on the basis of patents (in the same period last year - 1.7 million), 85 thousand have work permits.

368 thousand (508 thousand) labor or civil contracts have been concluded with the citizens of the member states of the Eurasian Economic Union, ”the Ministry of Internal Affairs explained.

It also became known that the number of facts of migration registration of foreign citizens and stateless persons for the period from January to November 2020 amounted to 8 983 944. Last year this figure was twice as high - 17 948 670. This follows from the summary main indicators of the migration situation in the Russian Federation.

As the head of the State Duma Committee on Labor, Social Policy and Veterans Affairs Yaroslav Nilov noted, the decrease in the number of migrants in Russia occurred against the background of the situation with COVID-19.

“This is due to the pandemic, given all the restrictive measures that have been introduced.

In the spring, a self-isolation regime was introduced, and most organizations did not work in accordance with the presidential decree, including those where migrants worked.

Many had to go home - the entrance was closed back.

That is why today the authorities emphasize the lack of workers, especially in the construction sector and the housing and utilities sector, ”said the interlocutor of RT.

Earlier, the Ministry of Construction and Housing and Utilities sent for consideration to the government proposals to simplify the entry of labor migrants to Russia to work on construction sites.

As of December 1, there is a shortage of migrants at construction sites in 50 regions of the country.

Back in October, Moscow Mayor Sergei Sobyanin reported a 40% decrease in the number of migrants in the Russian capital and a shortage of housing and communal services workers.

Olga Chudinovskikh, Head of the Laboratory of Population Economics and Demography at the Faculty of Economics of Moscow State University, stressed that since 2014, the number of migrants staying in the Russian Federation at the same time has been at the same level - 10-11 million. According to her, a return to these indicators will occur after the removal of restrictions on for COVID-19.

“We have the main labor migration in the spring, in the summer, the borders are closed, people did not come, the numbers have dropped.

Everything along the chain depends on the epidemiological situation, when this wave begins to decline and the government decides to resume transport links with those countries with which it has not yet been restored, then a gradual recovery trend will begin, ”the expert stated in an interview with RT.

On December 2, the Federation Council approved a law on a unified approach to conducting a comprehensive exam in the Russian language and history of the Russian Federation for migrants.

According to the document, the conduct of a comprehensive exam in Russian as a foreign language, the history of Russia and the basics of Russian legislation for foreigners, as well as the issuance of certificates of passed exams, will be conducted by educational organizations.

It also introduces requirements for the level of proficiency in Russian as a foreign language, knowledge of the history of Russia and the basics of Russian legislation, depending on the purpose of stay of a foreign citizen - work, temporary or permanent residence.

In September, it was reported that the Russian Interior Ministry had prepared a concept for a new federal law on migrants.

Thus, it is proposed to introduce an electronic patent for work in Russia for foreign citizens, which will allow to digitize interaction with labor migrants arriving in the country.

It is planned to issue ID-cards to foreigners, which will become a document proving their identity on the territory of the Russian Federation, and to create a register of unscrupulous employers inviting labor migrants.