Corona: "Now we are experiencing the total crash in school policy"

The hard lockdown is also being carried out in schools, and in North Rhine-Westphalia the teachers' association has been heavily criticized by the school minister Gebauer. No lessons have been learned from past mistakes. 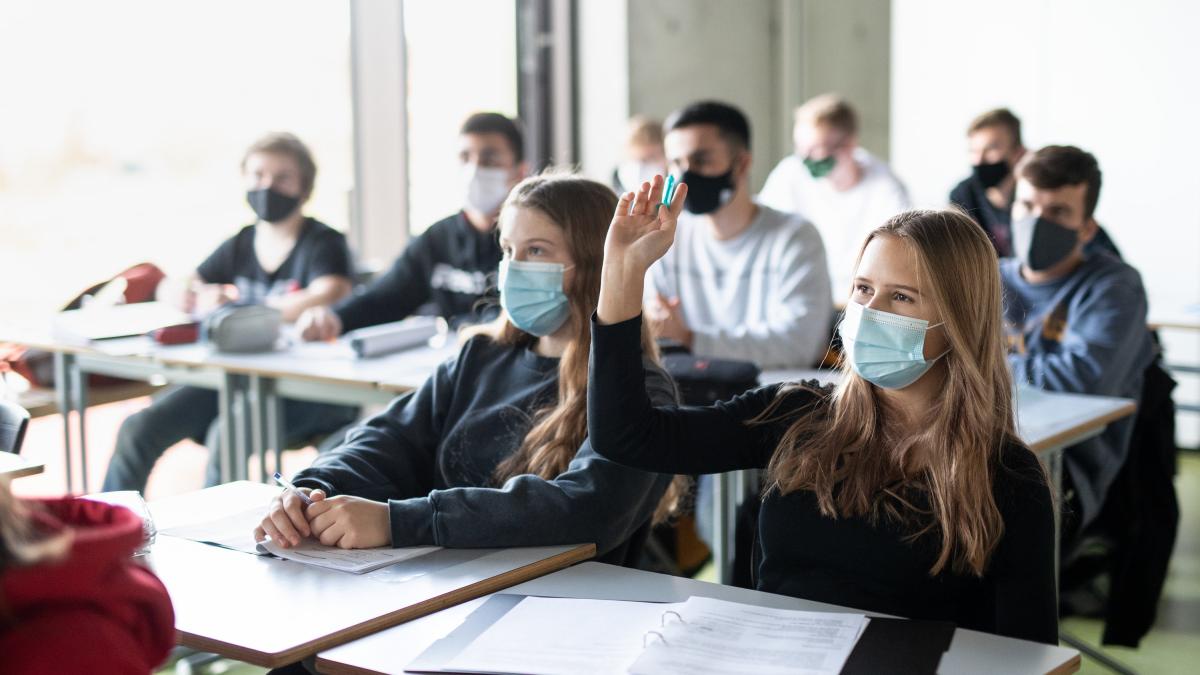 Association president Andreas Bartsch told the Düsseldorf “Rheinische Post”: “Now we are experiencing the total crash in school policy.” The school minister had failed to prepare for the current situation with a plan B.

"It is regrettable that we are now switching back to alternate classes, but it is probably inevitable." No lessons have been learned from past mistakes.

"The information came again far too late, far too short-term and without a clear line."

The schools were officially informed on Friday afternoon that the compulsory attendance will be lifted from Monday and that parents of younger students will have to decide for themselves whether they want their children to be taught at home.

From grade 8 onwards there have only been distance lessons since Monday.

The Christmas holidays were extended in January.

Bartsch called the alternating lessons an extreme burden for the teachers.

School principals also complained about the high administrative effort, for example due to the constant exchange with the health department.

In addition, many colleagues described psychological problems, said Bartsch and cited as an example fears of infection in the face of insufficient distance.

The association president praised the progress made in digitization.

In the case of laptops for needy students, 136 out of 178 million euros have now been accessed.

There is also increasing demand for equipment for teachers.

However, the schools do not have enough IT staff for support, he criticized.

The opposition faction of the SPD in the North Rhine-Westphalian state parliament reiterated its calls for the resignation of School Minister Yvonne Gebauer (FDP).

The education politician and deputy chairman of the parliamentary group, Jochen Ott, told the newspaper that it was about 2.5 million students, 200,000 teachers and hundreds of officials in the district governments.

"Once again, they were all presented with a fait accompli on a Friday lunchtime in order to get everything in the way for Monday." He understands that teachers, parents and students are completely stressed by the fact that this state government is still unaffected I learned from past mistakes.

Ott accused the black and yellow state government of shifting the decision of whether the children now to school or not to the families alone.

"That has nothing to do with leadership behavior and political responsibility." The impression of planlessness is solidifying.

“The teachers, we hear from all sides, have lost trust in the top management.

That is why we are calling for a new start in terms of staff, ”said Ott.

The Ministry of Education responded to the criticism.

"The criticism of school mails sent at very short notice does not bounce off us," wrote State Secretary Mathias Richter on Sunday in a new mail to all institutions: "But again and again in this pandemic we were unable to predict certain developments reliably enough and at an early stage to involve all parties involved. "

In his email on Sunday, Richter asked the schools for their understanding and wrote: "At this point I would like to ask you once again to make the best possible use of the leeway available to you in structuring face-to-face teaching and distance learning at your own discretion."