Warning app NINA is supposed to get better with local information

After there had already been a breakdown on the nationwide warning day in September, the warning app NINA caused further irritation in Bavaria last week with an unhappily worded disaster report. Now an update with new functions should provide a remedy. 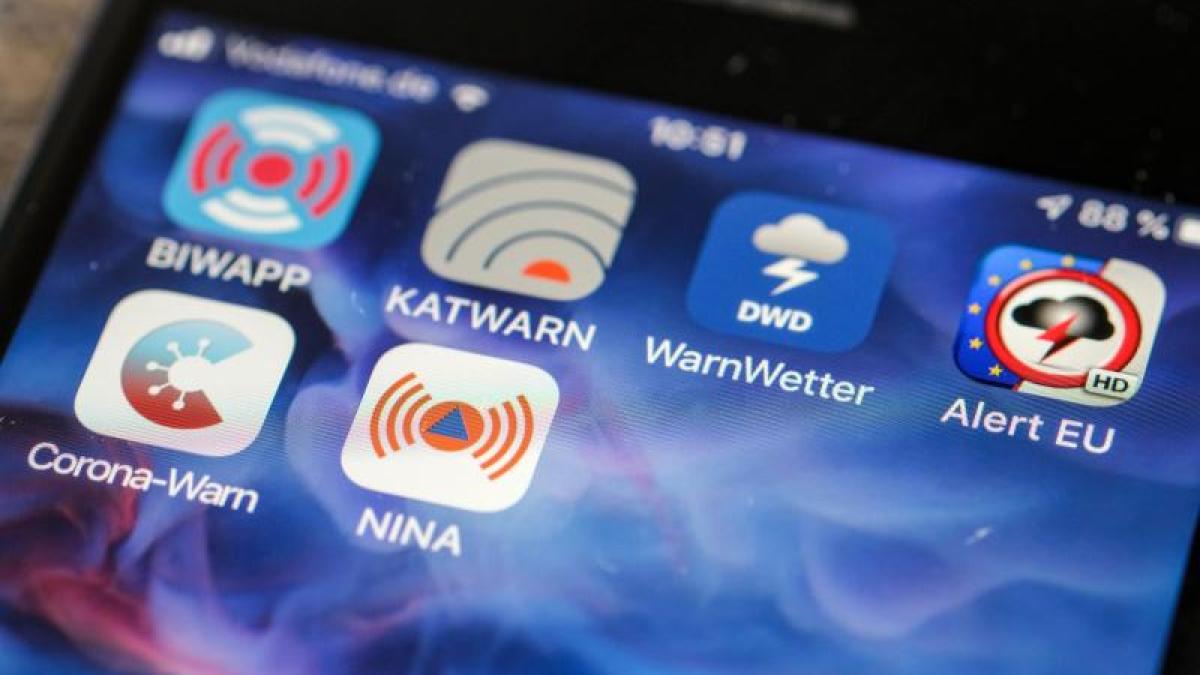 Bonn (dpa) - Instead of just general information on the corona pandemic, the state warning app NINA should also provide local data on infection numbers and the respective regulations on site to contain the virus from this week on.

"The need for information of people in Germany in Corona times is of course enormous," said the President of the Bonn-based Federal Office for Civil Protection and Disaster Aid (BBK), Armin Schuster, of the German Press Agency.

At the same time, there is often great uncertainty about which rules currently apply in the place where you are currently.

That must change urgently, emphasized Schuster, who had taken over the management of the authority on November 10th.

It was therefore important to him “that this update comes in good time before Christmas, when more people than last will probably change location, for example to visit their parents”.

The new NINA version 3.3 is to offer the menu elements and important contents of warning messages in seven foreign languages ​​as well as in light German.

The warning messages that are sent via Nina come from more than 250 rescue control centers nationwide.

Often it is about storms, fires or bombs found during construction work.

According to the BBK, around 8.1 million users have currently installed the app.

Federal Interior Minister Horst Seehofer (CSU) had made Schuster the new head of the BBK after a breakdown on the nationwide warning day in September.

The former federal police officer last sat for the CDU in the Bundestag.