In Algeria, President Abdelmadjid Tebboune appeared on public television this Sunday for the first time in nearly two months. The Head of State was hospitalized in Germany at the end of October ... 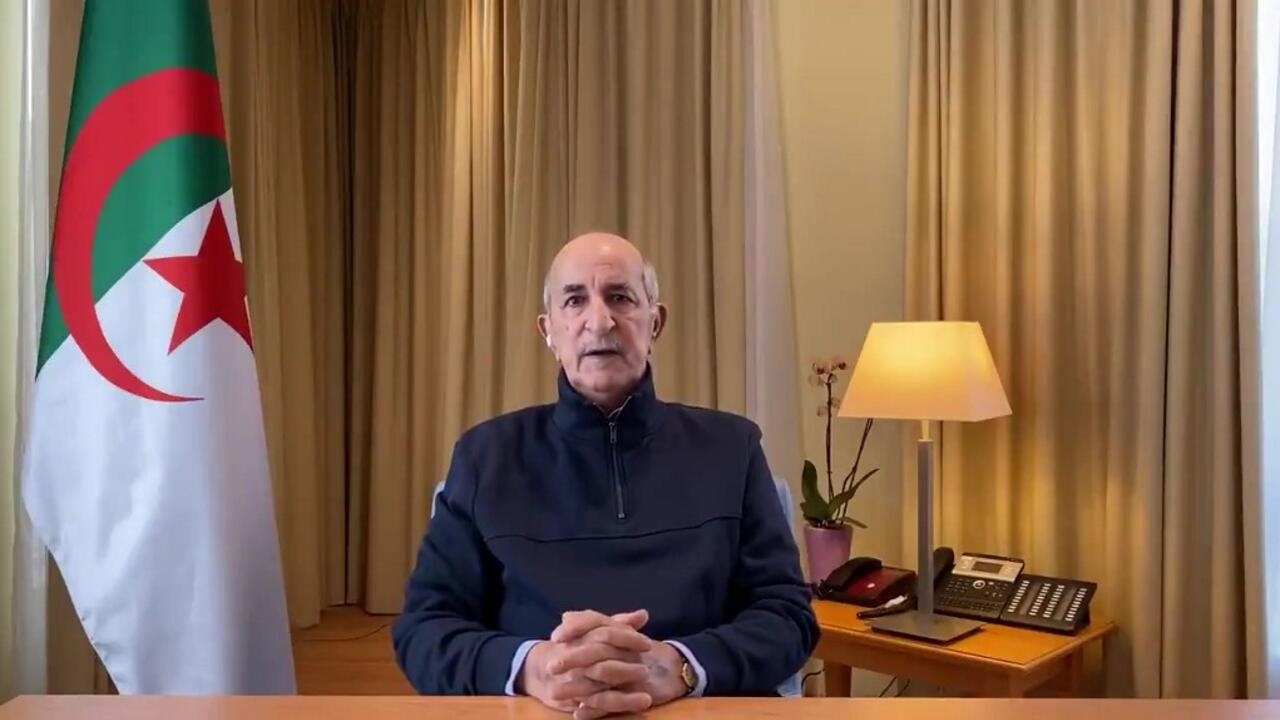 Screenshot of a video posted on the personal Twitter account of Algerian President Abdelmadjid Tebboune on December 13, 2020 during his speech.

In Algeria, President Abdelmadjid Tebboune appeared on public television this Sunday for the first time in nearly two months.

The head of state was hospitalized in Germany at the end of October to be treated for the coronavirus.

Several times, the Algerian authorities have announced his imminent return.

But his prolonged absence has continued to fuel rumors about his possible death.

It will take another one, two or three weeks for me to regain my physical strength

," said President Abdelmadjid Tebboune in a video posted on social networks and picked up by national television.

Visibly thinner, but his voice firm, the Head of State specifies daily monitoring of what is happening in the country.

And give - when necessary - instructions to the presidency.

on October 28, no image had been shown of the 75-year-old Algerian president.

And more than 6 weeks of hospitalization due to Covid were enough to fuel rumors about his state of health.

Officially, Abdelmadjid Tebboune still holds the reins of the state.

But political uncertainty has led some to demand the application of an article of the Constitution relating to the vacancy of power, in order to avoid a constitutional crisis.

His absence has indeed awakened the specter of the vacancy after the multiple hospitalizations abroad of his predecessor Abdelaziz Bouteflika.

To read also: Algeria: the fear of paralysis after a month of absence of President Tebboune