Commemorating the fifth anniversary of the Paris Agreement: Demonstrating the “global ambitions” of unity to tackle climate change 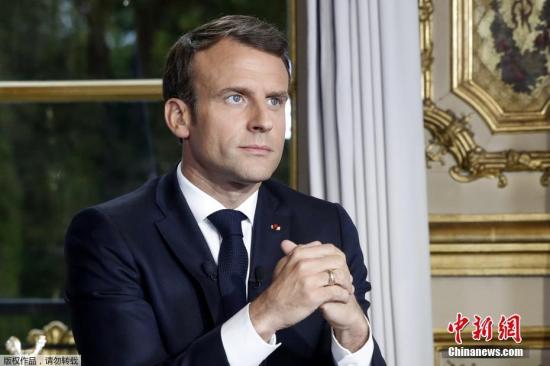 Commemorating the fifth anniversary of the Paris Agreement: Demonstrating the “global ambitions” of unity to tackle climate change

The international community commemorates this historical moment through such occasions as the Climate Ambition Summit, and looks forward to further mobilizing all sectors of society to strengthen the response to climate change.

French President Macron released a short video via social media on the same day, reviewing France's efforts in tackling climate change in the five years since the Paris Agreement was reached.

He stated at the Climate Ambition Summit that there is still a long way to go to achieve the relevant goals of the Paris Agreement and immediate action must be taken.

He called on all countries to work together, unite and collaborate to promote green and sustainable development.

The "Paris Agreement" was adopted at the Paris Climate Change Conference on December 12, 2015. The agreement makes arrangements for the global response to climate change after 2020.

Many experts believe that the relevant goals set out in the Paris Agreement can be achieved with the efforts of all parties.

The occurrence of the new crown pneumonia epidemic has a subtle impact on the achievement of related goals.

According to a research report published this week, due to the epidemic, this year's global greenhouse gas emissions have been reduced by about 2.4 billion tons, a 7% drop from 2019, the largest drop on record.

Although the decline in greenhouse gas emissions is considered a temporary phenomenon, and emissions are expected to rebound in 2021, many countries have prioritized low-carbon, green, and environmentally friendly economic projects in their economic recovery plans. The concept of sustainable development in response to climate change has become more and more popular.

However, because governments of various countries are fully responding to the new crown pneumonia epidemic, it is difficult for all sectors of society to focus on climate change issues to a certain extent.

The 26th Conference of the Parties to the United Nations Framework Convention on Climate Change is postponed until next year, and climate change negotiations on the implementation rules of the Paris Agreement still have a long way to go.

Therefore, it is time to regain the "climate ambition" at this moment and increase the confidence of the international community in climate action.

The new crown pneumonia epidemic "triggered a deep reflection on the relationship between man and nature, and the future of global climate governance has attracted more attention."

Fabius, chairman of the Paris Climate Change Conference and former French foreign minister, stated at the Climate Ambition Summit that all sectors of the economy and society should be transformed to adapt and respond to climate change, and through the "green stimulus plan", the fight against the epidemic and carbon neutrality should be achieved. Double goals.

Fabius pointed out that there is no "vaccine" but an "antidote" to tackle global warming. The "antidote" is the global joint and firm implementation of the Paris Agreement. People must have "climate ambitions" and take action.

Chinese President Xi Jinping announced in September this year that China will increase its nationally determined contributions, adopt more effective policies and measures, strive to reach the peak of carbon dioxide emissions by 2030, and strive to achieve carbon neutrality by 2060.

China and France are actively cooperating in the field of climate change.

Macron praised the EU and some countries’ commitments to achieving carbon neutrality at the Climate Ambition Summit, and specifically mentioned France and China’s “excellent cooperation” in promoting the Paris Agreement in recent years.

The heads of state of China and France have stated that they will jointly uphold multilateralism, join hands in tackling climate change, support the success of the climate ambition summit and the "One Planet" summit in January next year, and mobilize the international community to participate more actively in next year’s 15th Convention on Biological Diversity. The Conference of the Parties, the 26th Conference of the Parties of the United Nations Framework Convention on Climate Change, and the 7th World Conference on Conservation of Nature have promoted the above-mentioned important international agenda to achieve positive results.