Since 2014, a "wide range" of acts that can be defined as war crimes and crimes against humanity have been committed 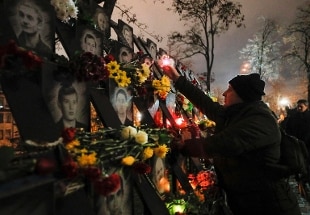 11 December 2020International Criminal Court Prosecutor Fatou Bensouda said numerous war crimes have been committed in Ukraine since 2014, and that a full investigation into these acts should be launched.

"My office has concluded that there is a well-founded reason to believe that a wide range of acts definable as war crimes and crimes against humanity have been committed in Ukraine, and that these fall under the jurisdiction of the International Criminal Court" .

"These crimes - he concluded - committed by the warring parties are sufficiently serious in quantity and quality to trigger an investigation".