"In full accordance with the received permits": Nord Stream 2 announced the resumption of the laying of the "Nord Stream - 2"

Construction of Nord Stream 2 has resumed, the press service of Nord Stream 2 AG reported. Pipelayer Fortuna has begun laying the unfinished section in German waters in full compliance with the permits received. The experts recalled that after the German section, the construction of the main in the waters of Denmark is to be completed, but this process should be completed in the coming months. 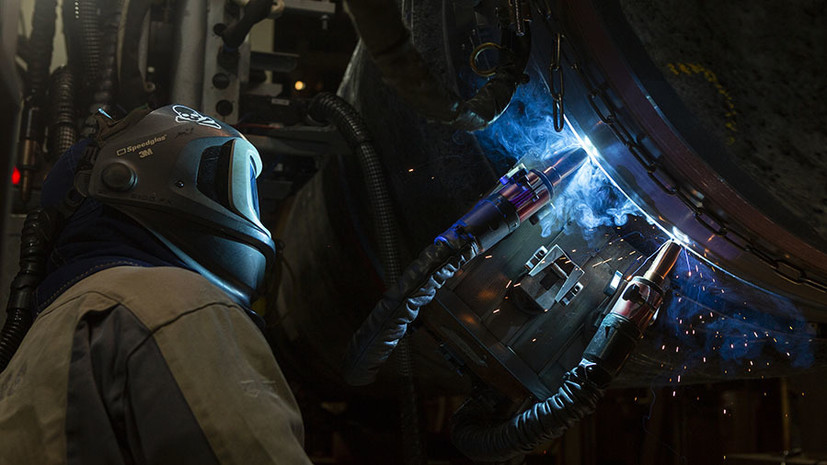 "Nord Stream 2 confirms the resumption of pipe-laying, scheduled for December 11, as noted in the notice to mariners of the State Administration for Waterways and Shipping of Stralsund, Germany," - said in a statement.

It is expected that Fortuna will lay a 2.6-kilometer section of the gas pipeline in the exclusive economic zone of the Federal Republic of Germany in waters at a depth of less than 30 m.

“All construction work is carried out in full compliance with the permits received,” the company said.

It is noted that at the end of last week "Fortuna" left the port of Wismar and headed for Rostock.

The pipelayer later stopped moving and set up on the open sea near Wismar.

In the afternoon of December 9, the ship resumed movement and arrived in Rostock.

Nord Stream 2 is two strings of a gas pipeline with a total capacity of 55 billion cubic meters per year and a total length of over 1,200 km, which pass through the exclusive economic zones and territorial waters of five countries - Russia, Denmark, Finland, Sweden and Germany.

Earlier this month, the German Federal Office for Shipping and Hydrography (BSH) confirmed the approval of the Nord Stream 2 pipeline laying in German waters for December.

Then it was reported that the work would be carried out by the ship "Akademik Chersky".

Against the background of these events, it became known that the US Senate approved the country's draft defense budget for 2021, which also included sanctions against the Nord Stream 2 and Turkish Stream gas pipelines.

The United States has systematically opposed the construction of Nord Stream 2.

According to Washington, the gas pipeline is "a threat to the energy independence of Europe."

The Russian Foreign Ministry previously reacted to the approval process of the American defense budget, expressing confidence that the gas pipeline will still be completed.

As the deputy head of the department Sergei Ryabkov noted, Nord Stream 2 will be completed and this will contribute to the restoration of a constructive agenda in relations between Russia and the EU member states.

According to her, the Russian side is well aware that the United States will not stop trying to hinder Russia in the implementation of the project and its international activities.

“We record this regularly, constantly.

The representative of the Ministry of Foreign Affairs clarified that we are talking about sanctions, restrictive measures against companies and business representatives and other steps.

At the same time, the US President must approve the draft defense budget, but Donald Trump announced plans to veto the document.

He explained his intentions by the absence of the law on ethics in the field of communications in this version of the document.

The head of the White House expressed confidence that this circumstance will negatively affect national security and the integrity of the elections in the United States.

According to the expert, the degree of completeness of each of them is different.

“One section was built more slowly, the other faster.

Now "Fortuna" works only in the German water area, and this is not even under the sanctions action (falls within. -

There is a possibility that the Americans will still let him down under the sanctions, but so far, formally, she does not even violate anything, ”the expert said in an interview with RT.

According to Yushkov, the further intrigue is whether one of the threads will be completed entirely or Fortuna will first lay both threads in the German water area.

“In any case, I think that in four months the construction will be completed, and there it will be necessary to resolve other issues,” he believes.

Sergei Pikin, Director of the Energy Development Fund, also recalled that after the German section, a part of the gas pipeline in Denmark is to be completed.

“The fact that we will get to Germany is good, this is a plus, because nothing has been promoted in a year, but then we need to move on ... Now we will complete the construction in a short time, all permits have been given, and then Denmark,” added Pikin.