In the interview with George Clooney, did Finland and Iceland get confused? There is no smell of a superstar visiting Lapland

Gorge Clooney said that he had previously shot his new film in Finland. However, the place of filming has most obviously been Iceland. 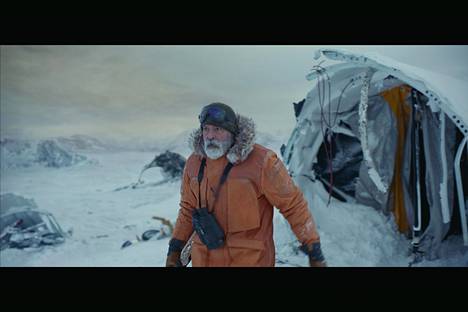 Clooney plays the lead role in the film and he has also directed the film himself.

In his article, Mirror suggests that the film starring Clooney would have been shot in Finland.

Midnight Sky tells the story of an astronomer who lives in the Arctic in harsh conditions.

In an interview with the magazine, Clooney himself said that the film's location would have been glaciers in Finland.

What is special, however, is that the glaciers mentioned by Clooney cannot be found in Finland.

It was already known that the film would have been shot not only in Finland but also in Iceland and England.

The official Wikipedia page for the film also says that filming of the film would have started in Iceland on February 8th.

According to Wikipedia and IMDB, the exterior scenes of Midnight Sky would have been filmed in Iceland. Image: Netflix / Entertainment Pictures / ZUMAPRESS

According to IMDB, Iceland would also have been the location for Midnight Sky's outdoor filming.

The film is also said to have been shot in Spain.

However, Turula, who answered the phone, had no information that the film starring Clooney had been shot in Finnish Lapland, as the actor told Mirror himself.

- If this is the case, then at least it has completely passed me, Turula told IS by phone.

Midnight Sky can be viewed in Finland on December 23. Photo: Netflix

In an interview with Mirror, Clooney said she fell ill a few days before the filming.

The actor himself said that he was in Finland at that time and he described the conditions in Finland as harsh.

- We were on such a glacier in Finland, which made working harder.

However, it helped in the authenticity of the character.

This is a bigger project than before.

Completing this was like putting together a puzzle, but still fun, Clooney explained to the magazine.

Midnight Sky will premiere in the United States on Friday, December 11th and in the country’s Netflix on December 23rd.

It is not yet known when the film will be released in Finland.