At the conclusion of the group stage in the European League ... victory for Arsenal, a draw by Napoli and a defeat for Rome

The curtain falls today, Thursday, on the group stage of the European Football League championship, where 24 matches will be played in two stages, and the first stage ended with the victory of Arsenal, Napoli and the defeat of Rome. 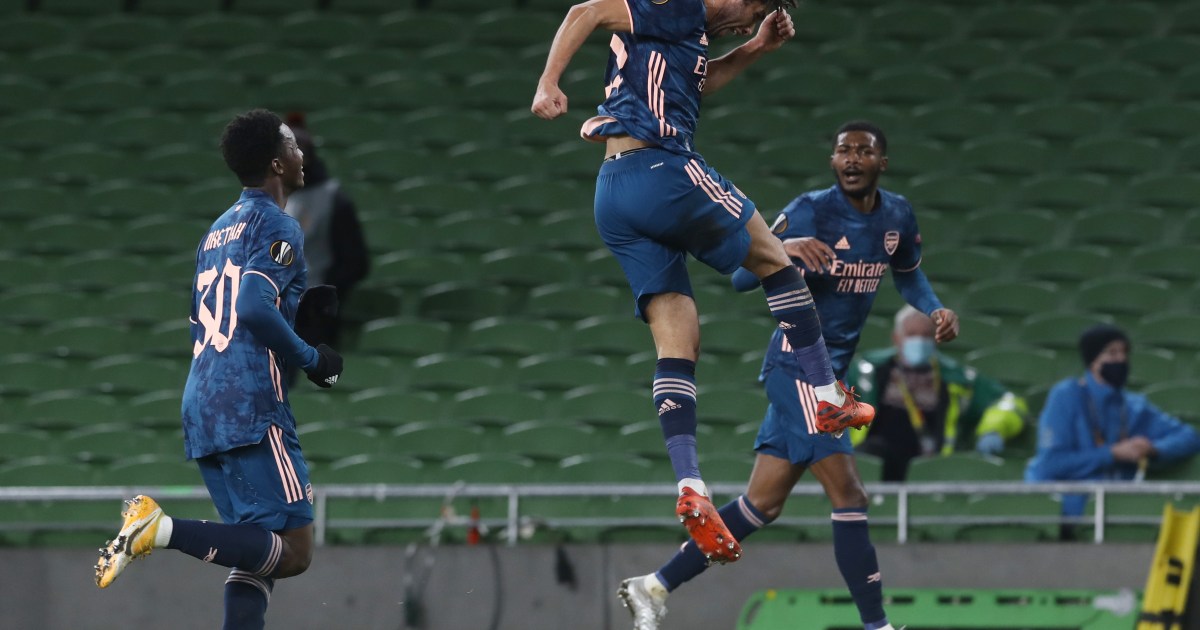 The curtain falls today, Thursday, on the group stage of the European Football League championship, where 24 matches will be played in two stages, and the first stage ended with the victory of Arsenal, Napoli and the defeat of Rome.

Arsenal ended its campaign in the group stage with a convincing victory over its Irish host Dundalk 4-2, in the sixth round of Group Two.

Arsenal raised its score to 18 points, to qualify for the 32nd round with the full score, where it won all of its matches in the group stage, while Dundalk exited the competition without any points balance after losing all his matches.

Arsenal advanced in the 12th minute through Edward Nektiah, before the Egyptian Mohamed Al-Nani added the second goal in the 18th minute.

An overwhelming shot from the Egyptian Mohamed El-Niny settles in Dundalk's net!

In the 22nd minute, the Irish team scored a goal to reduce the difference through Jordan Flores, before Joseph Willock added the third goal for Arsenal.

In the 80th minute, Florin Balogan scored the fourth goal for Arsenal, before Shane Hur narrowed the difference to Dundalk in the 85th minute.

For the same group, the Norwegian Molde team also qualified after a 2-2 draw with Austrian Rapid Vienna.

Molde raised his score to 10 points in second place, 3 points behind Rapid Vienna.

Who did it best?

In Group Six, Italian Napoli and Real Sociedad of Spain joined the ranks of the 32nd round.

Napoli led the group with 11 points, two points ahead of Sociedad, to go together to the knock-out rounds in the tournament, while Alkmaar ranked third with 8 points, and Rijeka remained at the bottom of the standings with four points, to say goodbye to the tournament.

Napoli scored through Polish player Piotr Zelinski in the 34th minute, before the Basque team equalized with a goal by Willian Jose in the second minute of the calculated time, instead of lost for the second half.

Rossi is considered one of the legends of Italian football in the World Cup Finals, as the top scorer for the World Cup in 1982 led his country to win the title of the twelfth edition of the World Cup, which took place on Spanish soil. # European_Liga pic.twitter.com/mhGC7HE8sx

The Swiss Young Boys also joined the ranks of the 32nd round, after beating Cluj

behind leaders Roma, to qualify together.

Roma maintained the top of the group despite losing to Bulgarian CSKA Sofia 1-3.

The Bulgarian team advanced through Thiago Rodriguez in the fifth minute, before Tommaso Milanese scored the equalizer for Roma in the 22nd minute.

In the 34th minute, Ali Sue scored the second goal for Ceska Sofia, before the same player added the third goal for his team in the 55th minute.