Where did the 1 gram of moon rock that the United States gave to China back then?

China News Service, Beijing, December 9th. Title: Where did the 1 gram of moon rock that the United States gave to China back then?   China News Agency reporter Guo Chaokai   At 6:59 on December 8, the Chang'e-5 ascender controlled the landing. Prior to this, the Chang'e-5 orbital return assembly was successfully separated from the ascender and entered the waiting phase around the moon.   Acc 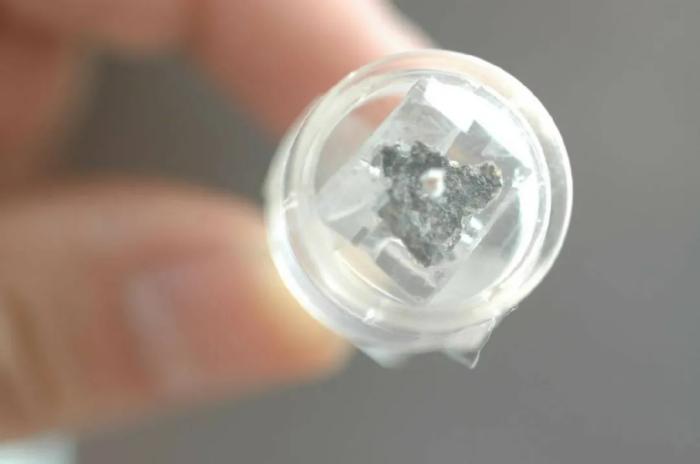 China News Service, Beijing, December 9th. Title: Where did the 1 gram of moon rock that the United States gave to China back then?

At 6:59 on December 8, the Chang'e-5 ascender controlled the landing.

Prior to this, the Chang'e-5 orbital return assembly was successfully separated from the ascender and entered the waiting phase around the moon.

In fact, in 1978, the United States once gifted a 1 gram lunar rock specimen to China.

Where is this 1 gram of Moon Rock now?

In 1978, in order to promote the establishment of diplomatic relations between China and the United States as soon as possible, the then-U.S. President's National Security Affairs Assistant Brzezinski visited China.

The rock was cast in a piece of plexiglass.

But is this specimen really moon rock?

When was it collected?

The Americans did not explain these situations, so the Chinese had to study them.

Ouyang Ziyuan, who was 43 years old at the time, was rushed to Beijing to preside over the research work of Yueyan.

The first chief scientist of China's lunar exploration project, later known as the "Father of Chang'e," was originally an astrochemist.

After getting the 1 gram of moon rock specimen, Ouyang Ziyuan carefully took 0.5 gram for research.

"The Chinese Academy of Sciences handed it over to us for research. We organized relevant experts across the country to conduct non-destructive research first, then destructive research. We studied the chemical composition, isotopes, minerals, and the sun on the moon. It’s still on the back. Research has consumed half a gram in total.” Ouyang Ziyuan told the media.

"Only studying this 0.5 gram of stone, we published a total of 14 related articles." Ouyang Ziyuan recalled, "Americans say that Chinese scientists are great!" Now, the origin of this 1 gram of moon rock has been fully understood.

This "soya bean"-sized moon rock was a sample collected by the astronauts of the American Apollo 17 manned spacecraft from the landing area in the southeast of the moon's Chenghai in December 1972. It belongs to the high-titanium moon sea basalt.

At 22:00 on December 2, after about 19 hours of lunar surface work, China's lunar exploration project Chang'e-5 probe successfully completed the automatic sampling of the lunar surface, and the samples were packaged and stored in the storage device carried by the ascender in a predetermined form.

The picture shows the automatic sampling of the Chang'e-5 probe on the lunar surface.

Ouyang Ziyuan hopes that the remaining Moon Rock can "let everyone see."

After much deliberation, he felt that it was most appropriate to put it in the planetarium.

The Beijing Planetarium has thus become the "home" of this Banke Yueyan.

Why choose to store it in the Beijing Planetarium?

The Beijing Planetarium, located on Xizhimenwai Street, Beijing, began construction in 1954 and opened in September 1957 to welcome guests.

Zhu Jin said that after Ouyang Ziyuan and other experts completed the study on the moon rock, the remaining 0.5 gram was transferred to the Beijing Planetarium for preservation.

Today, this 0.5 gram moon rock is housed in the “Moon-Meteorite Exhibition Area” on the first floor of Hall B of the Beijing Planetarium. There are also exhibits related to China's lunar exploration project in the exhibition area.

This Bankeyue Rock is also known as the "Treasure of the Town Hall" of the Beijing Planetarium and has attracted many tourists over the years.

"This 0.5 grams of moon rock is something other than China's own. I especially look forward to the success of the Chang'e 5 lunar sampling mission. I hope that the lunar soil or rock samples brought back by our own probe will be placed in the Beijing Planetarium in the future. On display." Zhu Jin said with emotion.

At 12:35 on December 6, Beijing time, the Chang'e-5 orbiter and returner assembly was successfully separated from the ascender and entered the phase of waiting around the moon, ready to return to Earth.

The picture shows the simulation diagram after the orbital return assembly is separated from the riser.

For scientific research, the 1 gram of moon rock donated by the United States is just "a drop in the bucket", and Chinese scientists can only save money with it.

When can the Chinese go to the moon and collect their own samples of the moon?

This issue has received attention from all parties, and lunar exploration work has also been put on the agenda.

In January 2004, the State Council of China formally approved the establishment of the lunar exploration project.

The successful implementation of the mission from Chang'e 1 to Chang'e 4 has successfully completed the first two steps of the three-step strategy of "circumn, fall, and return" for the lunar exploration project; and Chang'e 5 shoulders the important task of completing the third step of "sample return" .

On November 24, 2020, the Chang'e-5 probe launched in Wenchang and rushed to the "Guanghan Palace".

It will go through 11 stages, more than 20 days in orbit, and collect about 2 kilograms of lunar samples and return to Earth.

At 22:00 on December 2, after about 19 hours of lunar surface work, the Chang'e-5 probe successfully completed the automatic sampling of the lunar surface, and the samples were packaged and stored in the storage device carried by the ascender in a predetermined form.

At present, the Chang'e-5 orbital return assembly has successfully separated from the ascender, and it has entered the waiting phase around the moon, and will return to the earth at an opportunity.

Soon, the Chang'e-5 returner will carry lunar samples, return to the earth with a semi-ballistic jump reentry technique, and finally land at the Siziwang Banner landing site in Inner Mongolia.

This "local product" from the moon is getting closer and closer to the Chinese people.