The Center Party and the Christian Democrats want to see general advice for the most affected areas in the country, with local calls for the use of mouth guards to be used in certain environments. 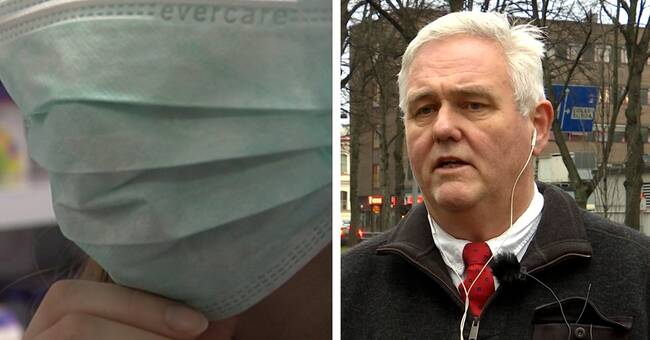 - We must save as many lives as possible and do everything we can to reduce the spread of infection, says Anders W Jonsson, the party's healthcare policy spokesperson.

The Center Party therefore now calls on the government to introduce general advice that oral protection should be used in certain, particularly vulnerable environments and areas.

- It is time to supplement the national councils that apply throughout the country with general guidelines for hard-hit areas with a call to use mouth guards in environments where congestion can not be avoided, says Anders W Jonsson.

Get support from the Christian Democrats

The center is supported by the Christian Democrats, who also believe that it is time for a recommendation on mouth protection.

According to the party's healthcare policy spokesperson, Acko Ankarberg Johansson, the authorities must leave their position to completely dismiss oral hygiene.

- It already appears in the Public Health Agency's rules and guidelines that regions have the opportunity to do so (recommend mouth protection), at certain times when it is deemed appropriate.

But since both the government and the authority at the same time show such a dismissive attitude, they do not use that opportunity, she says and adds:

- And we believe that right now we must use mouth protection as a precautionary measure.

In addition to the Center Party and the Christian Democrats, the Sweden Democrats have also called for a recommendation on mouth protection.

In early December, the World Health Organization (WHO) stated that they believe that mouth guards should be worn. Mouthguards should be used in crowds and other places where it is difficult to keep distance, for example in public transport.

However, the Swedish Public Health Agency has maintained its opinion that it does not want to recommend oral protection as it believes that it does not contribute enough to reduce the spread of infection and that the knowledge base is too weak.