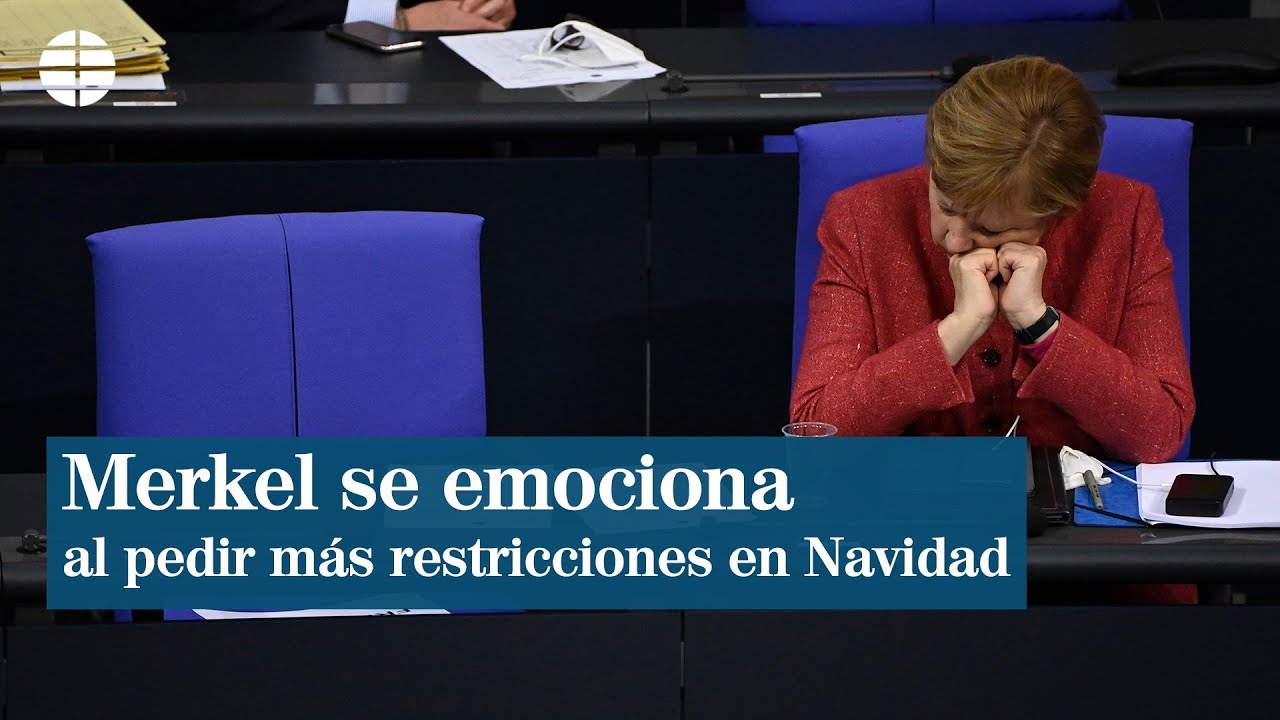 Three federal states have already reacted to Chancellor Angela Merkel's dramatic call so that this Christmas does not become the last meeting between grandparents and grandchildren,

invalidating the timid de-escalation that they had agreed

with the rest of the

to favor family encounters typical of those dates and further tightening the restrictions.

, three federal states of different political color and among those most affected by Covid-19 have announced that

, half of what was initially agreed for the days of 23 to December 27, and that before, during and after these festivals, at least until January 10,

commercial life will be paralyzed, except for supermarkets and pharmacies

"There is no other solution but to adopt these measures," said the mayor-governor of

, the social democrat Michael Müller, who governs in coalition with the Greens and the Left.

closure of all non-essential trade

is expected to occur on the 20th, four days before Christmas Eve, which is when gifts are made in Germany.

, with which Berlin usually goes hand in hand.

The Bavarian Prime Minister, Markus Söder, more consistent with the hard line he has maintained during these months of pandemic, will not wait that long.

, except for essential businesses.

To these will be added that of schools and nurseries, which represents an advance of almost ten days of school holidays.

by the pandemic to facilitate family gatherings.

The same will do

, the federal state with the least incidence of Covid-19 at the beginning of the pandemic and one of the most affected at the moment.

There are only three of the 16

that make up the Federal Republic, but

, a conference that had been set for January 10.

The urgency of the situation is measured in figures.

The absolute record in terms of victims is being beaten day after day.

Yesterday there were 23,679 new cases of coronavirus and 440 deaths

Since the first contagion in the country was announced, at the end of January, Germany has accumulated 1,242,203 positives and 20,372 deaths, according to data from the Robert Koch Institute (RKI).

In the country as a whole, the average cumulative incidence in the last seven days is

The data reveal, as Merkel pointed out in her emotional speech in the Bundestag, that all the measures adopted in early November, when the pandemic began to grow exponentially and all tracking capacity had already been lost,

have not been successful

Those measures, still in force, include the closure of hotels, nightlife and cultural and sports activities.

support of the scientific community

This Thursday, a day after that intervention, the president of the RKI, Lothar Wieler, appealed to the Germans to

and warned that, otherwise, there will be no alternative to a harsh break in public life.

If the population is not able to reduce its contacts by more than 60%, "I don't see any other possibility," he said.